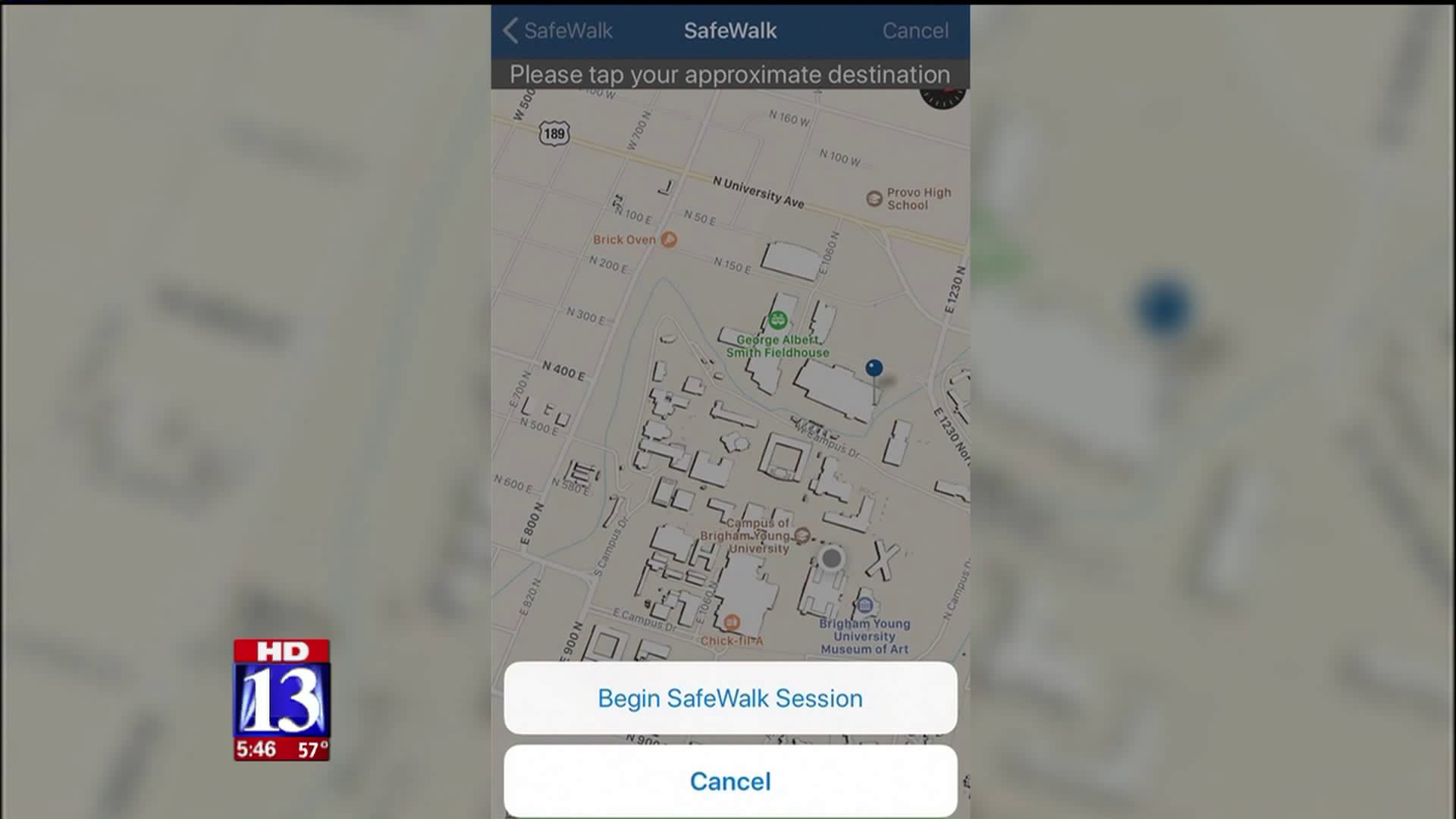 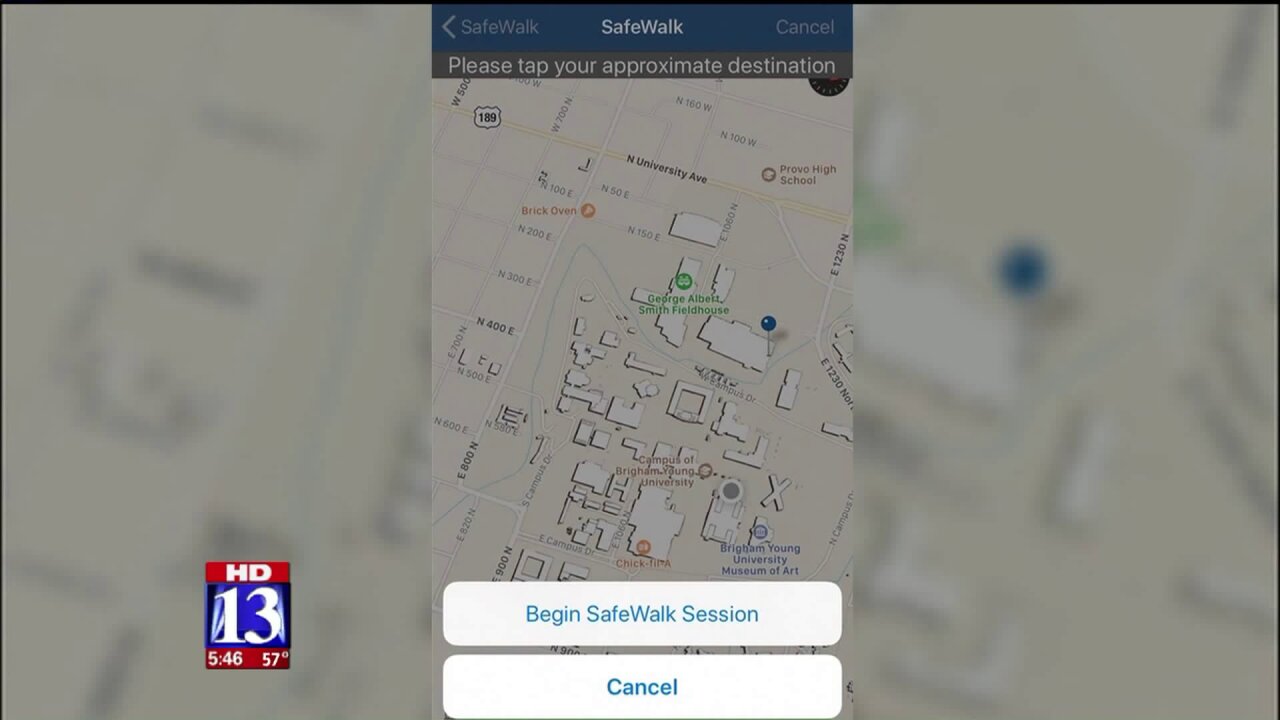 PROVO, Utah – A new feature on Brigham Young University’s app is allowing police to track students through their cellphones to provide a virtual escort.

Campus safety is an issue discussed across the U.S., but BYU is using technology to put security into their student’s hands.

“We talk a lot about how there’s a difference between feeling safe and being safe, and the app really helps students to feel safe even if they already are,” said BYU senior and student advisory council member Landon Moore.

The feature is called Safewalk, an option given to students through BYU’s app to give them a virtual escort within campus and through the student housing areas.

The feature was a collaboration between the campus, BYU police and a student advisory council.

“There's been times in the past where there's problems with people being groped and having other issues going to or from campus safely, so I think really the issue at hand was to keep students safe and keep students feeling safe," Moore said.

But it’s meant to give more than just students peace of mind.

"If it was my child it would be very comforting to know that, `boy the police department knows my child's headed there and they can see that they're getting there," said Lt. Steven Messick with BYU Police Department.

Students did have one concern when the app was launched.

”A lot of people were really concerned about the police being able to monitor the location always, which is actually something that we brought up” said Jordan Lund, BYU Junior and student advisory council member.

“They didn't want to have their information and their location being tracked when they weren't on it,” she added.

In response, developers made it so students could not be tracked when the app wasn’t activated. As soon as the Safewalk ended, the student would drop off of police’s radar.

“I think we live in a time where the need may be just the fact that we’re able to do it, and maybe there’s been a need for a long, long time, for this type of thing. We can do it now, we know how to do it and so why shouldn’t we use that to make it a safer place?” said Lt. Messick.

“To be able to have the police at one button click away rather than having to call 911 or try to scream for help or whatever, especially late at night, is something that is really hard to replicate," Lund said.

Since the feature launched, police have had to respond to students physically in a couple of situations. In each of those instances, the student’s phones had died.