Utah senator says a woman tried to entrap him at his hotel, saying ‘I’m your date’ 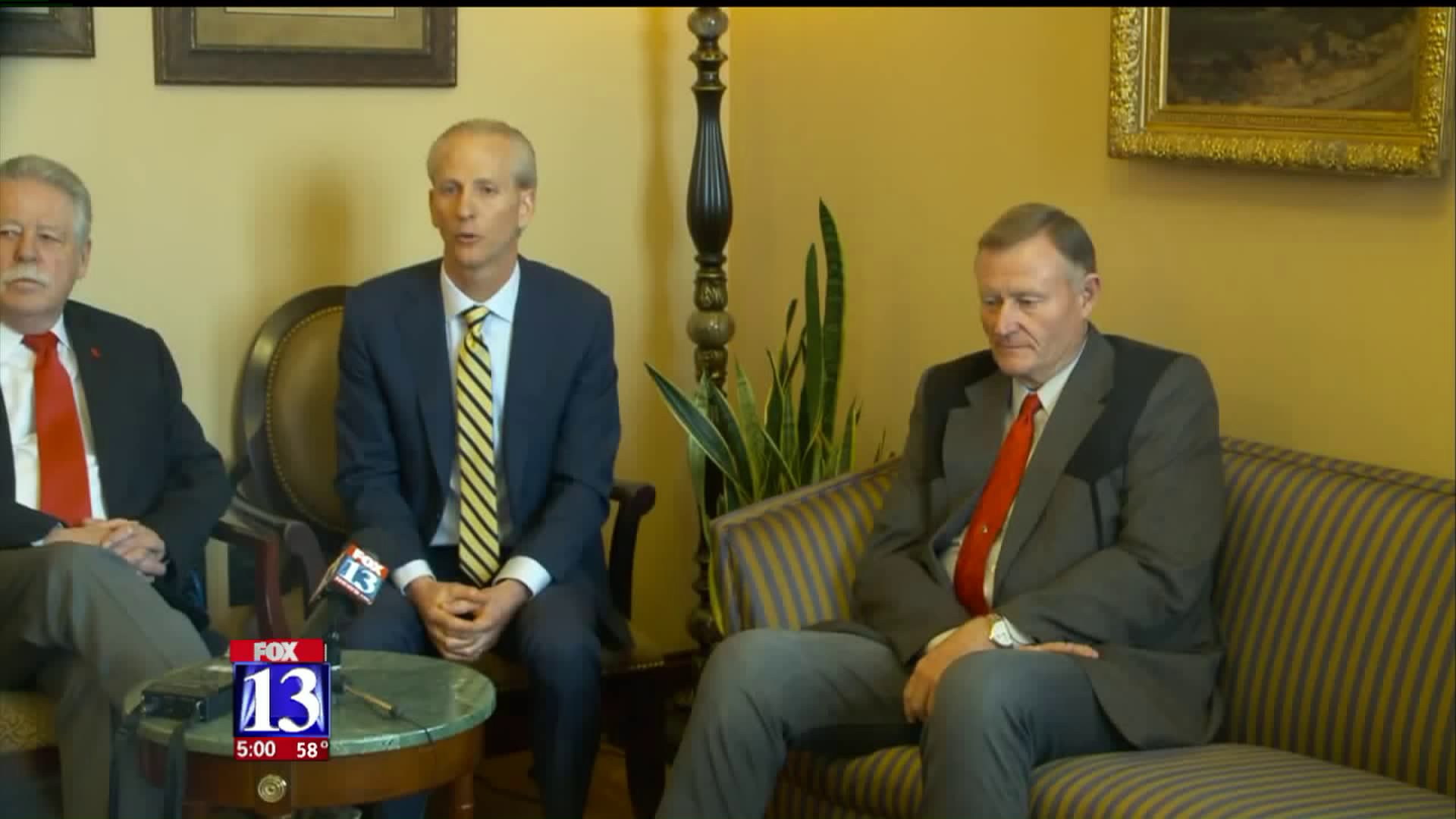 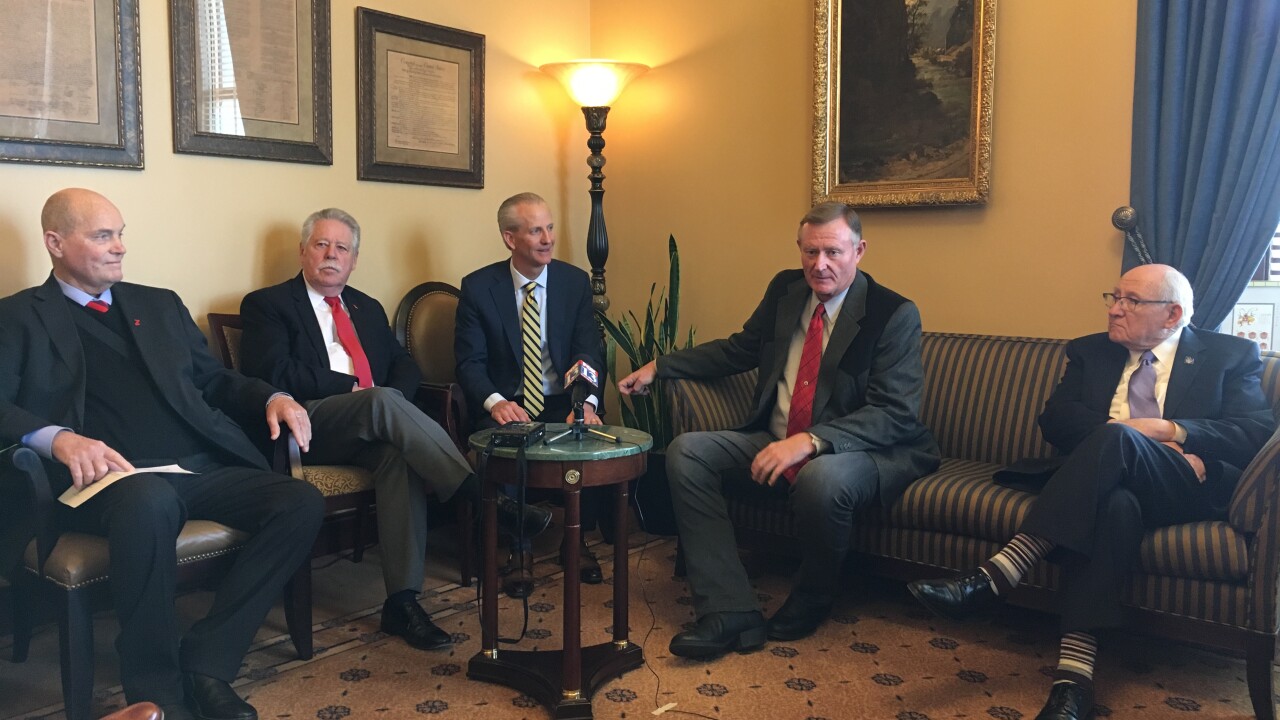 SALT LAKE CITY — A Utah State Senator says a woman may have tried to entrap him at his hotel room, and lawmakers are asking for a police investigation.

Sen. Evan Vickers, R-Cedar City, told reporters he was getting ready to leave his hotel room at the Little America on Thursday night when a woman knocked on his door.

Sen. Evan Vickers (second from right) recounts to reporters a strange encounter with a woman at his hotel during a meeting with Senate leadership and reporters on Feb. 9, 2018. (Photo by Ben Winslow, FOX 13 News)

Sen. Vickers said the woman refused to leave and insisted she was his "date."

"She was standing in front of the elevator and I said, 'I don’t know who you are and what you’re doing here,' and she said, 'No, you don’t understand. I’m your date.' I said, 'No I’m not and walked back into the room,'" he recalled.

He locked his door, and called a legislative colleague to walk with him out of the hotel. By the time that lawmaker arrived, the woman had left. Sen. Vickers said he also alerted hotel security who did not find the woman, but was reviewing hotel security video.

The situation alarmed Senate leadership, who called lawmakers in on Friday to inform them of the situation and warn that someone may be trying to entrap them.

Senate President Wayne Niederhauser, R-Sandy, said the incident has been reported to Salt Lake City police and to the Utah Highway Patrol, which provides security to the Utah State Capitol.

"When people can make money like this it attracts malintent," Sen. Niederhauser said, referencing a British tabloid's report on Wednesday quoting an escort named Brie Taylor, who claimed former Rep. Jon Stanard, R-St. George, had solicited sex from her. Questions have been raised about whether Taylor was paid for her story.

Stanard abruptly quit the Utah State Legislature earlier this week. The House Speaker's office said it was for "personal and family issues."

Sen. Niederhauser said the Utah State Senate would be reviewing its security in light of the incident and he urged senators to walk in groups.

"We feel like it’s appropriate at this time to put everybody on alert there may be people with malintent that are trying to, for money, try to put us in a situation," he told reporters.

The Utah House of Representatives was also sending out a warning to its members about the incident and urging them to use the "buddy system" when off the Hill.

The incident has lawmakers worried someone may try to entrap them in a "honeypot," where someone is seduced to gain information or to catch them in a compromising position and extort them for money.

"I believe that this was more of a setup and I also believe Sen. Vickers was caught by surprise," House Majority Whip Francis Gibson, R-Mapleton, told FOX 13.

Salt Lake City police and the Utah Highway Patrol said they had not yet begun an investigation on Friday.