OREM, Utah -- Police arrested a man for trespassing and drug charges early Saturday morning after they say he used empty vodka bottles to break into the Orem Public Safety Building.

According to a statement of probable cause, Siosifa Lolohea was arrested early Saturday morning on charges of criminal mischief, criminal trespass with knowingly unlawful entry, and possession or use of a controlled substance.

Lolohea "then entered the building and sat on the floor meditating until police arrived."

Police say when officers arrived the man was unresponsive to their commands, so they approached to take him into custody.

"Throughout the contact Lolohea was making incoherent and strange statements about 'looking for Jesus' and 'nice shoes' while being unable to follow simple instructions," according to the PC statement. "His pupils appeared dilated and he was sweating profusely."

"Not very long, that's where our officers, you know, are there typing their reports the majority of the time, so it didn't take very long to have a whole bunch of people there," he said.

The man had suffered a cut on his hand from the broken glass of the door, but police say the man didn't feel the pain and was unaware he'd been injured. Officers say they believe he was under the influence of some kind of controlled substance as well as the vodka.

"He was a little upset that we were messing up his meditation period, disturbing him while he was just trying to get some inner peace," Martinez said of the suspects response to his arrest.

Martinez notes the building is equipped with a door bell that the man could have used to contact a dispatcher. 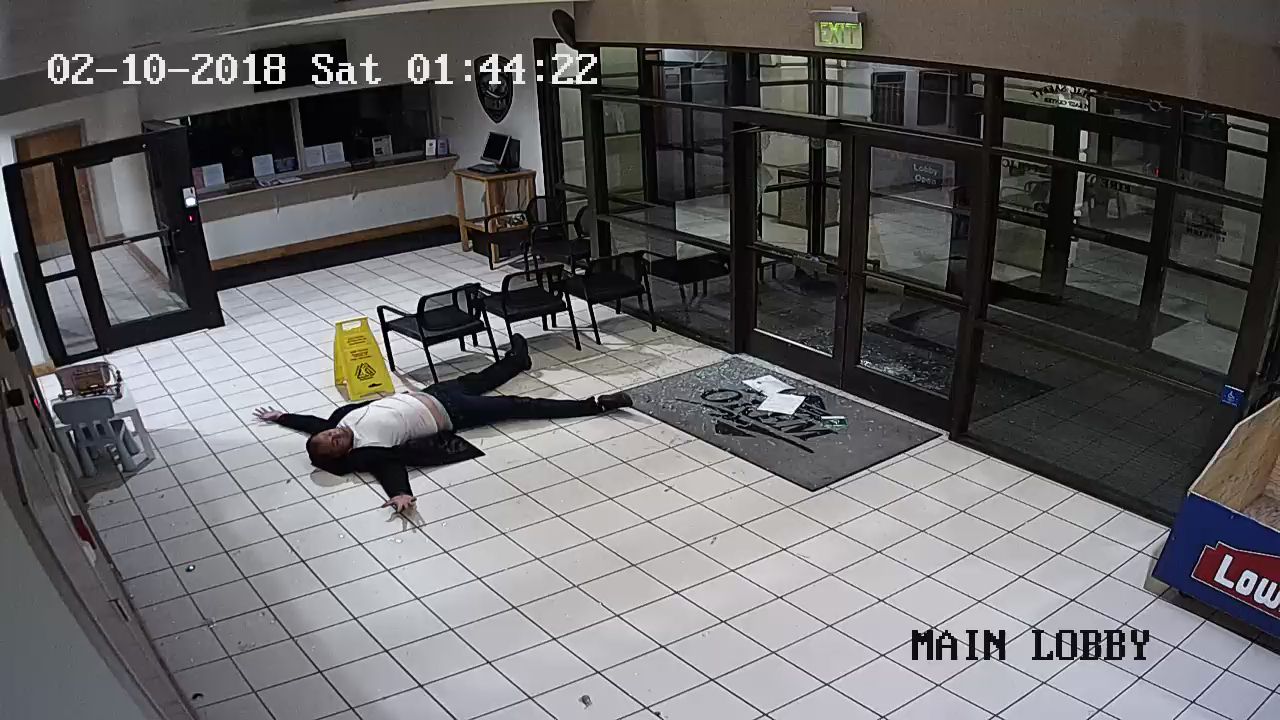