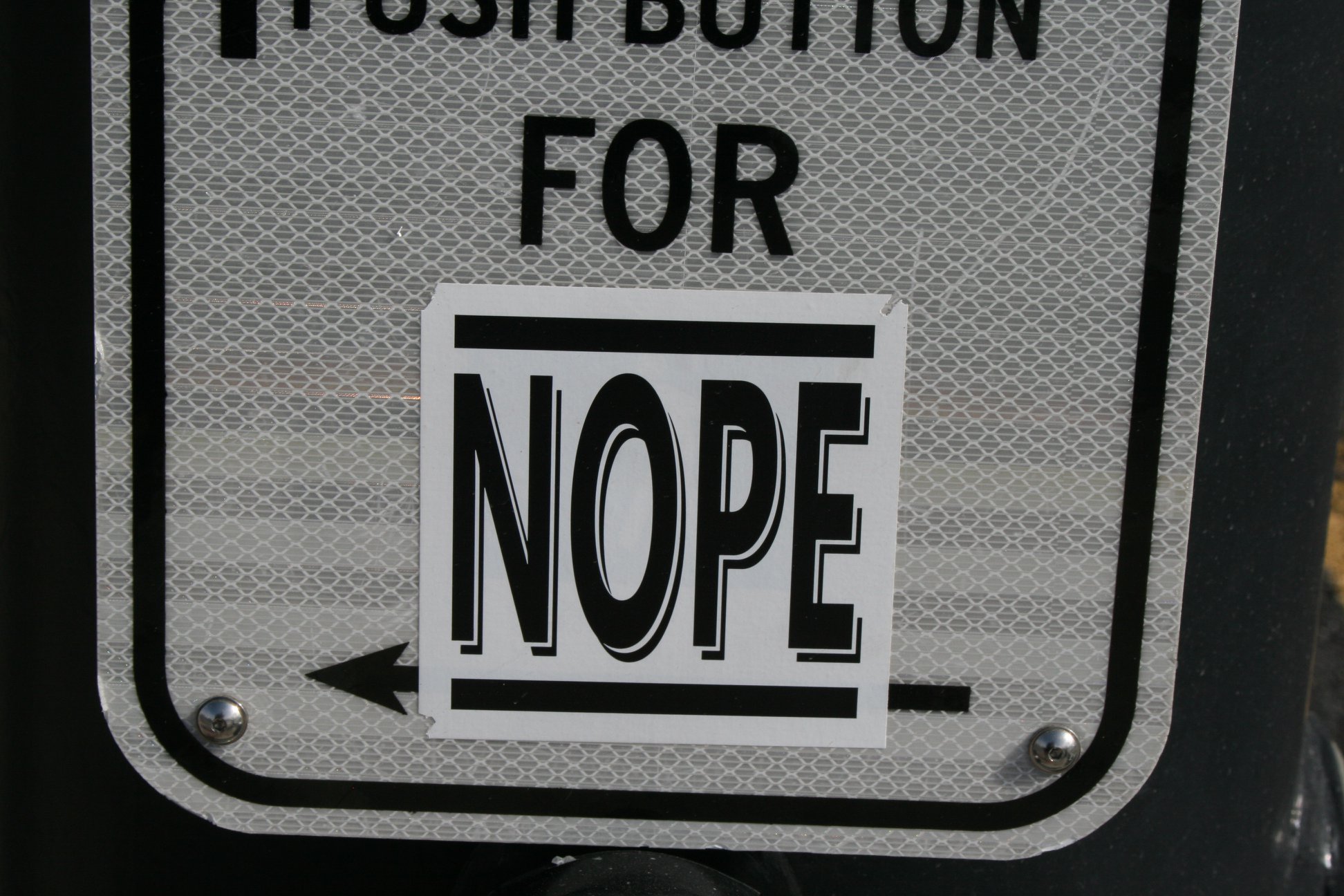 CENTERVILLE, Utah — The Centerville Police Department is seeking information on a series of vandalism incidents in which the word “NOPE” was etched, painted and placed in sticker form around the city.

Police said the word had been etched into bathroom mirrors and sinks at a Steak & Shake restaurant on November 20. Then, on December 1, someone spray painted “NOPE” on three separate utility boxes along Main St.

“In both of these cases, the word ‘NOPE’ was in a graffiti style writing,” a Facebook post from Centerville PD said.

The word has also been etched in several places in a men’s restroom at the Legacy Crossing Megaplex Theatre, according to police. Most recently, police have been informed of numerous “NOPE” stickers placed on a pedestrian bridge that crosses over I-15 and numerous street crossing signs along Parrish Ln.,

Anyone with information that may aid police in their investigation is urged to call Centerville PD at 801-292-8441.