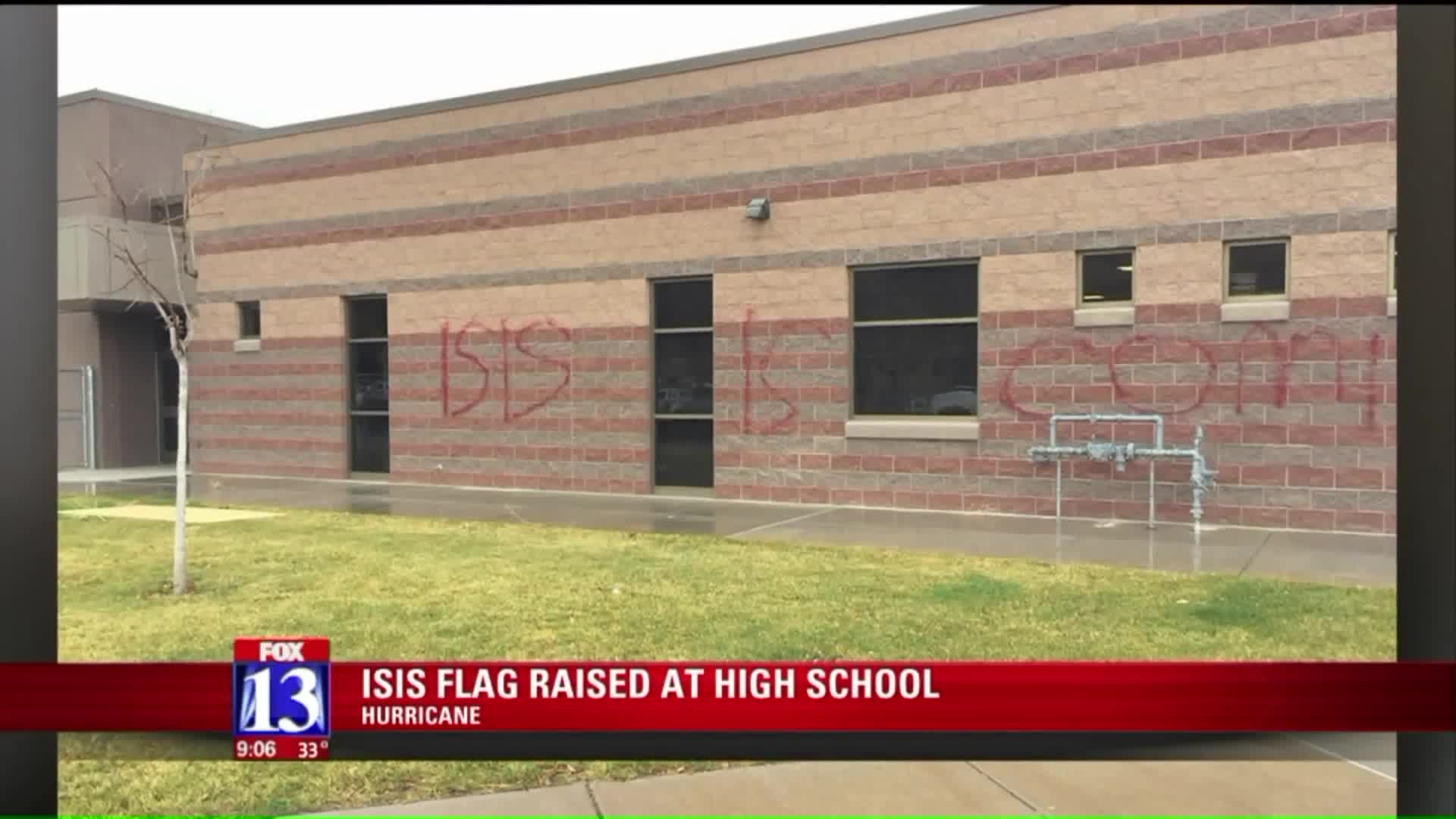 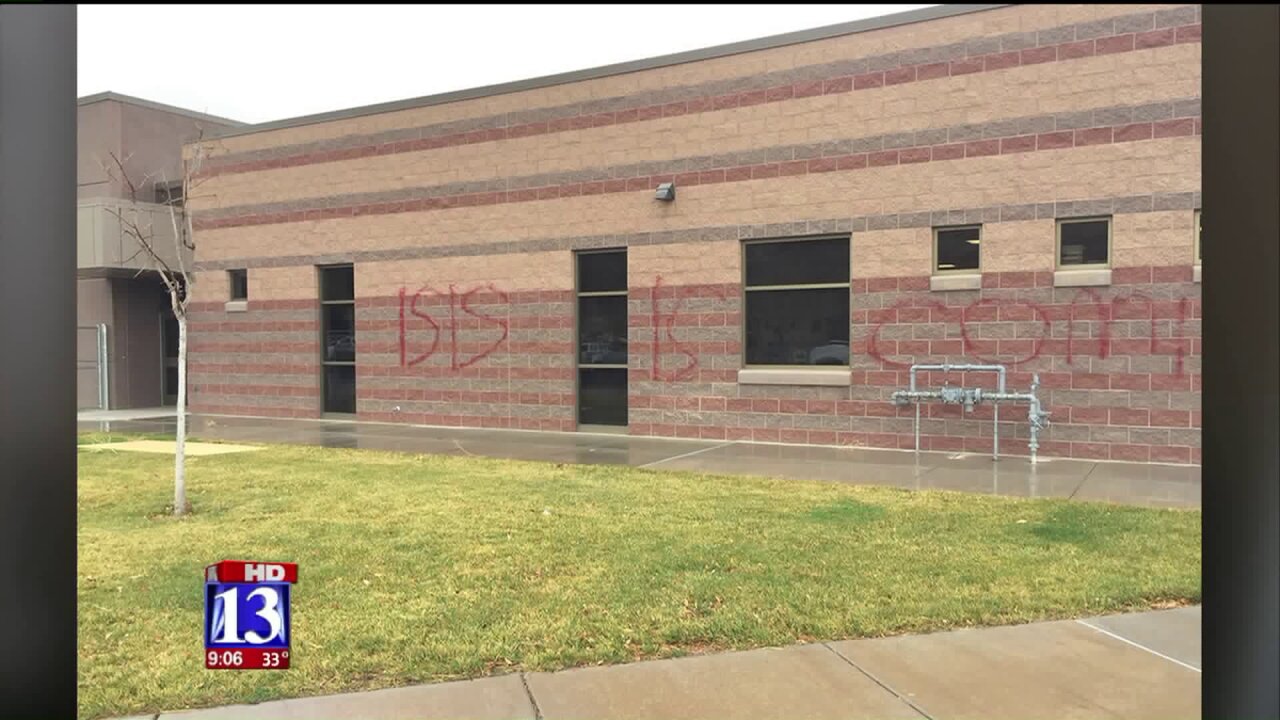 HURRICANE, Utah - Police are investigating a concerning case of vandalism at Hurricane High School in the Washington County School District.

Hurricane Police said someone took down the school's American flag, replaced it with "what looked like a flag used by ISIS" and spray-painted "ISIS IS COMI" on a school wall.

The American flag was left at the scene and had been damaged, according to police.

The police department supplemented its full-time resource officer at the high school with other officers Thursday to ensure students and faculty were safe.

Hurricane Police sent an image of the ISIS flag to the FBI for analysis.

"[B]ased on information we received from the FBI, we do not believe this act was perpetrated by someone linked to the Islamic State. This investigation is ongoing and investigators will continue to follow-up on leads," Hurricane Police said in a statement.