Man in critical condition after crashing into Eagle Gate monument

According to Salt Lake City Police, around 1 a.m. the driver attempted to pass two stopped cars at the intersection of State Street and South Temple.

Police say he was traveling at a "high rate of speed" and was unable to return to northbound lanes. Authorities believe the driver may have been street racing.

"He had to be at least going 120 mph hour," said Travis Creager, a tow truck operator who responded to the scene of the crash. "And usually in that case it ends up being a fatality."

The vehicle crashed into part of the Eagle Gate monument and then onto stairs on the sidewalk.

Police are questioning whether or not the driver knew the road went from three lanes down to two after the South Temple intersection.

"We're not certain if he didn't understand narrowed back into two on the north end," said Lt. Scott Smalley with the Salt Lake City Police Department. "It appears he was going too fast to navigate it correctly which is what caused him to crash."

Firefighters were forced to use the jaws of life to extract the driver from the wreckage.

They say the driver remains in critical condition but is expected to survive. 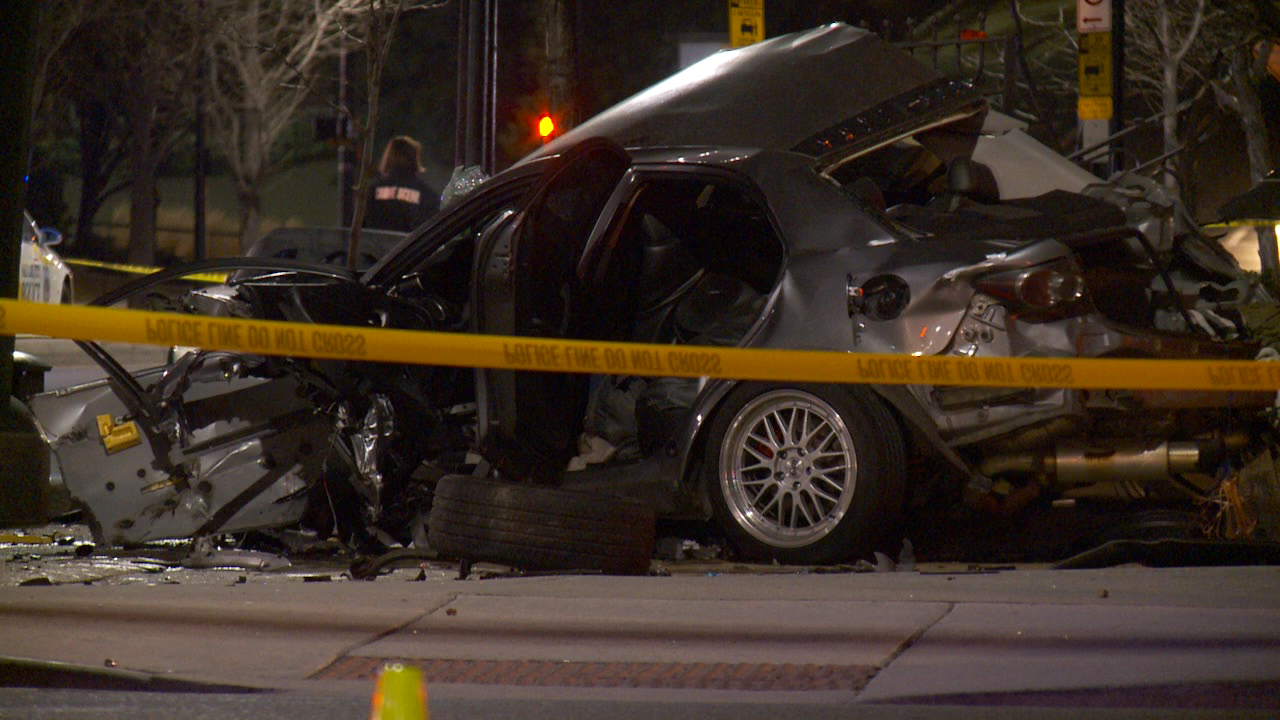