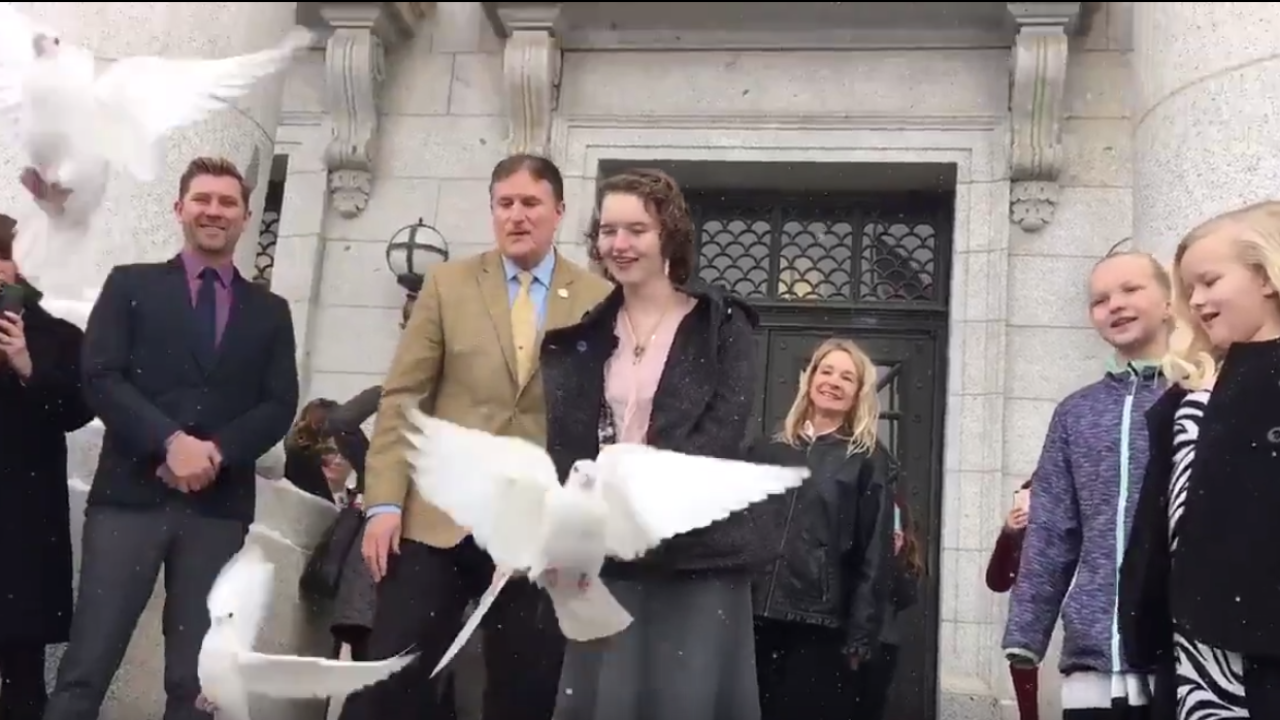 Doves symbolizing suicide victims and those contemplating suicide are released on the steps of the Utah State Capitol on Feb. 20, 2018. (Photo by Ben Winslow, FOX 13 News)

Doves symbolizing suicide victims and those contemplating suicide are released on the steps of the Utah State Capitol on Feb. 20, 2018. (Photo by Ben Winslow, FOX 13 News)

The report calls for more to be done to improve crisis response, including expansion of a statewide crisis hotline, more resources for the SafeUT app, more training for people in schools and with overall mental health outreach. It also demands more be done on firearm safety and public outreach to get people to talk about suicide. The report called for better data collection in schools to identify people at risk.

"No one wants to die. People want to get rid of the pain and we’re trying to help facilitate that and make this happen," said Lt. Governor Spencer Cox.

Rep. Steve Eliason, R-Sandy, said youth suicides could be cut in half if parents would ensure firearms are safely, removing easy access.

"Use a trigger cable lock or a gun safe to secure their firearms. Every child we’ve lost this year in Utah died by firearm," he said Wednesday.

Some of those requests cost money. Gov. Herbert asked for the task force report in the middle of the 2018 legislative session so that any funding requests can be dealt with by lawmakers.

Gov. Herbert said he was pleased with the task force's work and recommendations. However, he said he would expand it to focus beyond youth suicide. The governor took particular note of groups with higher suicide rates: Native Americans, LGBTQ children and veterans.

For example, the task force is recommending students be anonymously asked their sexual orientation in a survey on at-risk behaviors. The gay rights group Equality Utah, which is on the task force, said "good data" will help drive resources.

"I think this is an issue that conservatives and liberals and religious folks and non-religious folks can all agree on," said Equality Utah executive director Troy Williams. "Kids should not be taking their own lives."

Many suicide prevention advocates demanded there be more than just talk, but action as well. Taryn Hiatt, whose father committed suicide, said she planned to push the Utah State Legislature to actually do something to save lives.

"I’m going to make dang sure we do something," she told FOX 13. "Because we cannot stand by idly anymore and let people die."