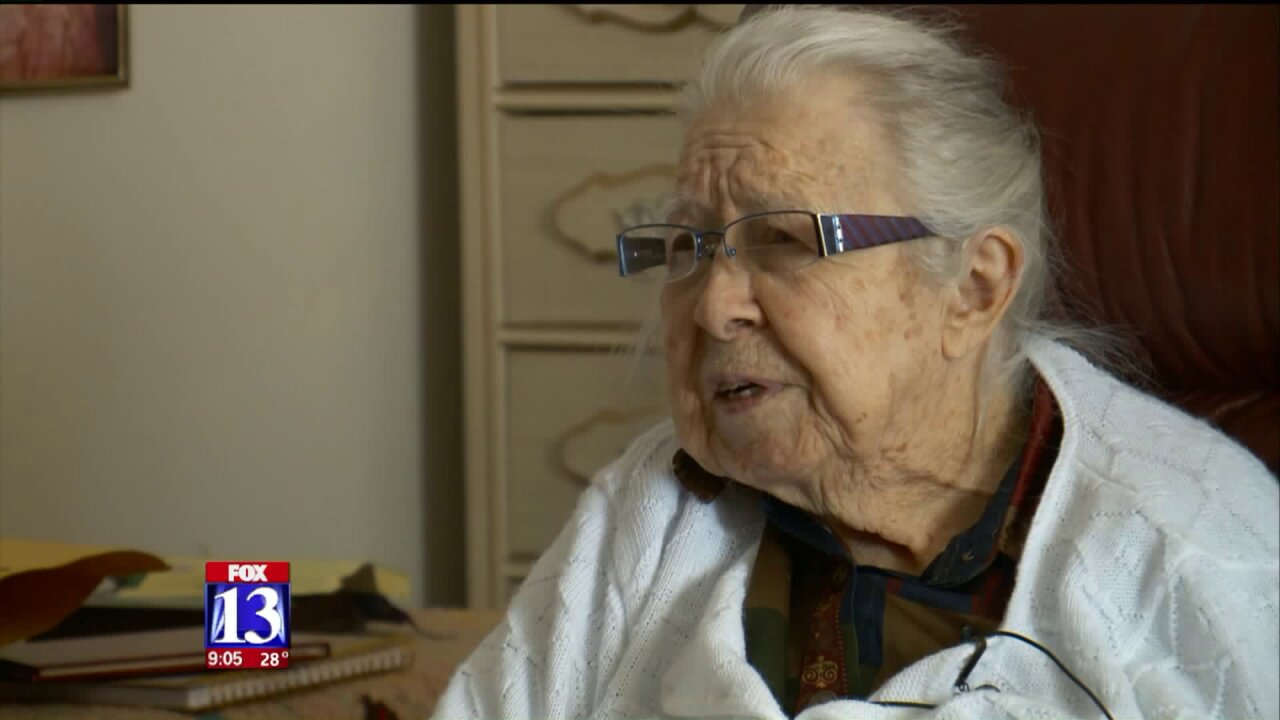 WEST VALLEY CITY, Utah -- A 99-year-old woman who was held hostage for several hours in West Valley City early Saturday morning shared her experience with Fox 13 after the suspect's arrest.

Unified Police arrested 18-year-old Freddy Alexander Velasquez after a SWAT standoff near 2200 West and 3500 South. Police had approached Velasquez earlier, and the man held a gun to his head and ran into a nearby home.

Doris Rucker Wasden, 99, said she did not even hear Velasquez break into her home around midnight.

He apparently shot her back door out and entered, then pointed a gun at her grandchildren. Her family escaped the house before Wasden realized what was happening.

Velasquez then confronted her.

“He was just scared I guess, and he grabbed me by my hands, and then I just sit on the floor on my bum so I didn’t get hurt," Wasden recalled. "And I just got back in bed and he come in again and then he started to talk to me. And I said ‘I can’t hear you, I can’t hear you.’ And then he realized I was a very old woman, so he was pretty nice to me after that."

Wasden said Velasquez sat on the edge of her bed and they talked for a while. He would sometimes leave the room, then come back to check on her.

"My brother said I saved my life just by doing that," she said. "Saved his life."

She thinks keeping him calm helped end the standoff peacefully.

SWAT negotiated with Velasquez for hours to let Wasden out. Police said he finally did around 3 a.m. and then gave himself up around 5:30 a.m. and was arrested.

Wasden and her family went across the street to a hotel while investigators worked in her home and interviewed everyone. She said everyone, including hotel staff, was very nice.

Family, ward members and her bishop came to visit throughout the day. Exhausted, Wasden was still in good spirits when talking with FOX 13 News.

Her grandson, Jim, said that is just who she is.

"Grandma’s disposition is what she’s taught us: that you can’t have animosity and you can’t be angry with the young man," he said. "He made a mistake and we don't hold resentment, and we just hope that he gets some help and hope that his family is okay."

Looking back, Wasden said she realizes how dangerous their situation was, but she said she never felt afraid of Velasquez.

Wasden is celebrating her 100th birthday next week. She said she is expecting a party, but did not anticipate this sort of excitement to close out her 99th year.