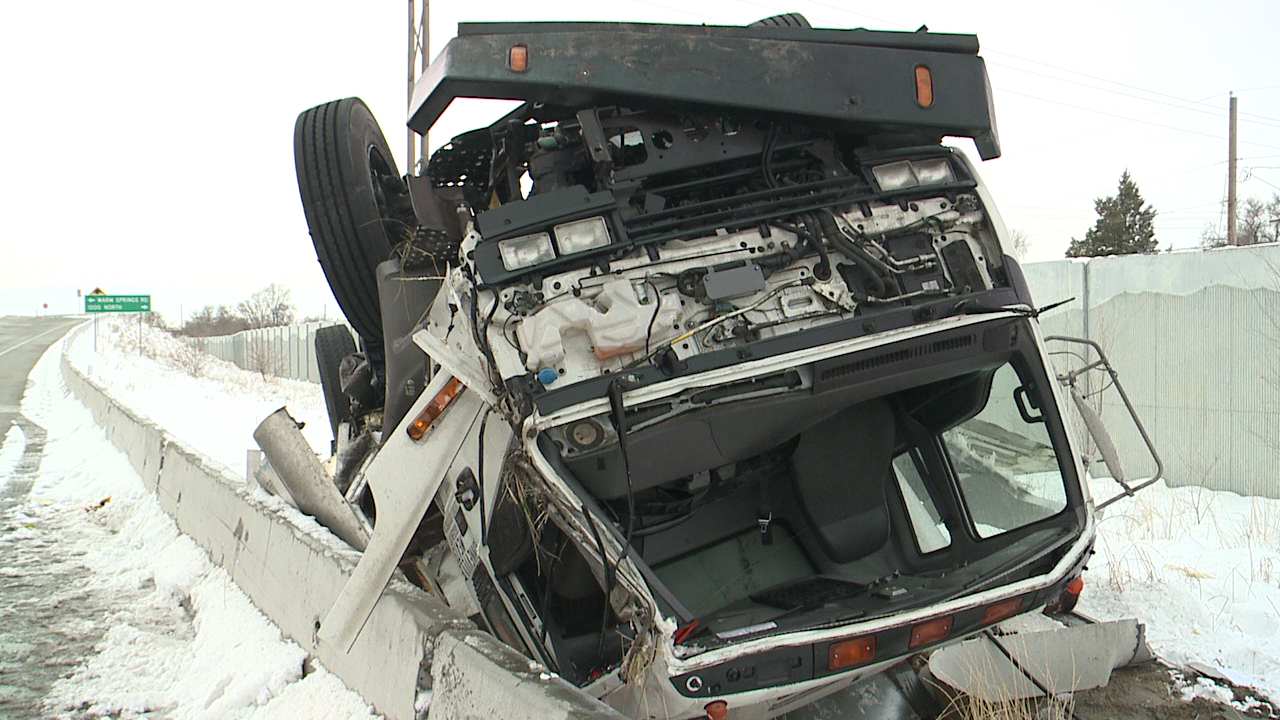 SALT LAKE COUNTY, Utah — Highway Patrol troopers are urging Utahns to stay vigilant as they drive amid winter conditions after a rollover crash on a freeway off-ramp Saturday.

Troopers responded to a single-vehicle rollover on the southbound I-15 off-ramp at mile post 310, near 1000 North, in Salt Lake County around noon.

Sgt. Jalaine Hawkes said it appears distraction and a slush-covered road shoulder contributed to the crash.

“This is a delivery truck driver and he was looking at his GPS on his phone and took his eyes off the road, was looking at the GPS, and the next thing found himself in the gore area, which is actually right now slush covered,” Hawkes said.

Hawkes said the driver started to slide in that slush and lost control.

“And he actually slid into the crash cushion sideways, and then that tipped him over and then he went over the concrete barrier,” Hawkes said.

The driver was not injured, which troopers attribute to proper seat belt use.

“…He’s pretty shaken up, but luckily he was in a seat belt, which kept him restrained as it was supposed to, so, no injuries,” Hawkes said.

Troopers say this is an important reminder that distracted driving means more than making calls and sending texts, and that even looking down at a screen for a moment “can be truly dangerous.”

“We talk a lot about texting and driving, we focus a lot on that, but the truth is distracted driving is so much [more],” Hawkes said.

She said “almost all” of the shoulders and gore areas in Salt Lake County are covered in slush, ice or both as of Saturday afternoon.

“We’ve had numerous crashes this morning where people have crossed over that line, gotten into that slush, and then the next thing you know they’re losing control and they’re crashing. They’re rolling. They’re doing all sorts of other crazy stuff.”

Another winter storm is expected to move through Utah Saturday, with more storms arriving next week.