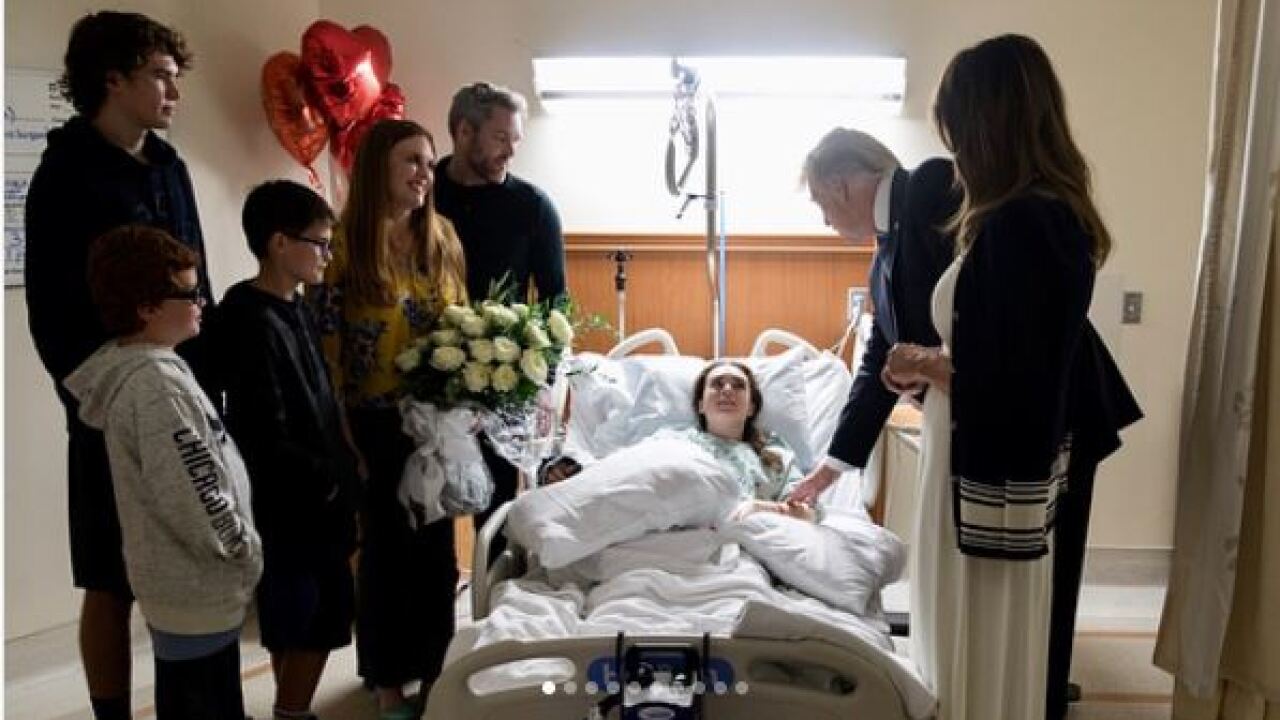 President Donald Trump meets with Madeleine Wilford, a survivor of the shooting in Parkland, Florida. Image courtesy @RealDonaldTrump via Instagram.

President Donald Trump’s re-election campaign used a photo of a survivor of the Parkland, Florida, shooting in an email Saturday that asks its recipients to donate money to the campaign.

The email contains a photo of 17-year-old Madeleine Wilford in a hospital bed surrounded by her family, Trump and the first lady. The President visited Wilford on February 16, two days after the attack at Marjory Stoneman Douglas High School, which left 17 dead.

“The nation has turned its attention to the senseless school shooting in Parkland, Florida,” the email reads.

“Trump is taking steps toward banning gun bump stocks and strengthening background checks for gun purchasers,” it says. “The President has made his intent very clear: ‘making our schools and our children safer will be our top priority.'”

Near the end of the message, there’s a link to the campaign’s donations page.

The campaign did not immediately return CNN’s request for comment.

Trump previously used the photo in an Instagram post uploaded on the same day as the hospital visit.

FEBRUARY 16, 2018‪ Our entire Nation, with one heavy heart, continues to pray for the victims and their families in Parkland, Florida. To teachers, law enforcement, first responders and medical professionals who responded so bravely in the face of danger: We THANK YOU for your courage — and we are here for you, ALWAYS! Our administration is working closely with local authorities to investigate the shooting and learn everything we can. We are committed to working with state and local leaders to help secure our schools, and tackle the difficult issue of mental health. God Bless You All — and THANK YOU!