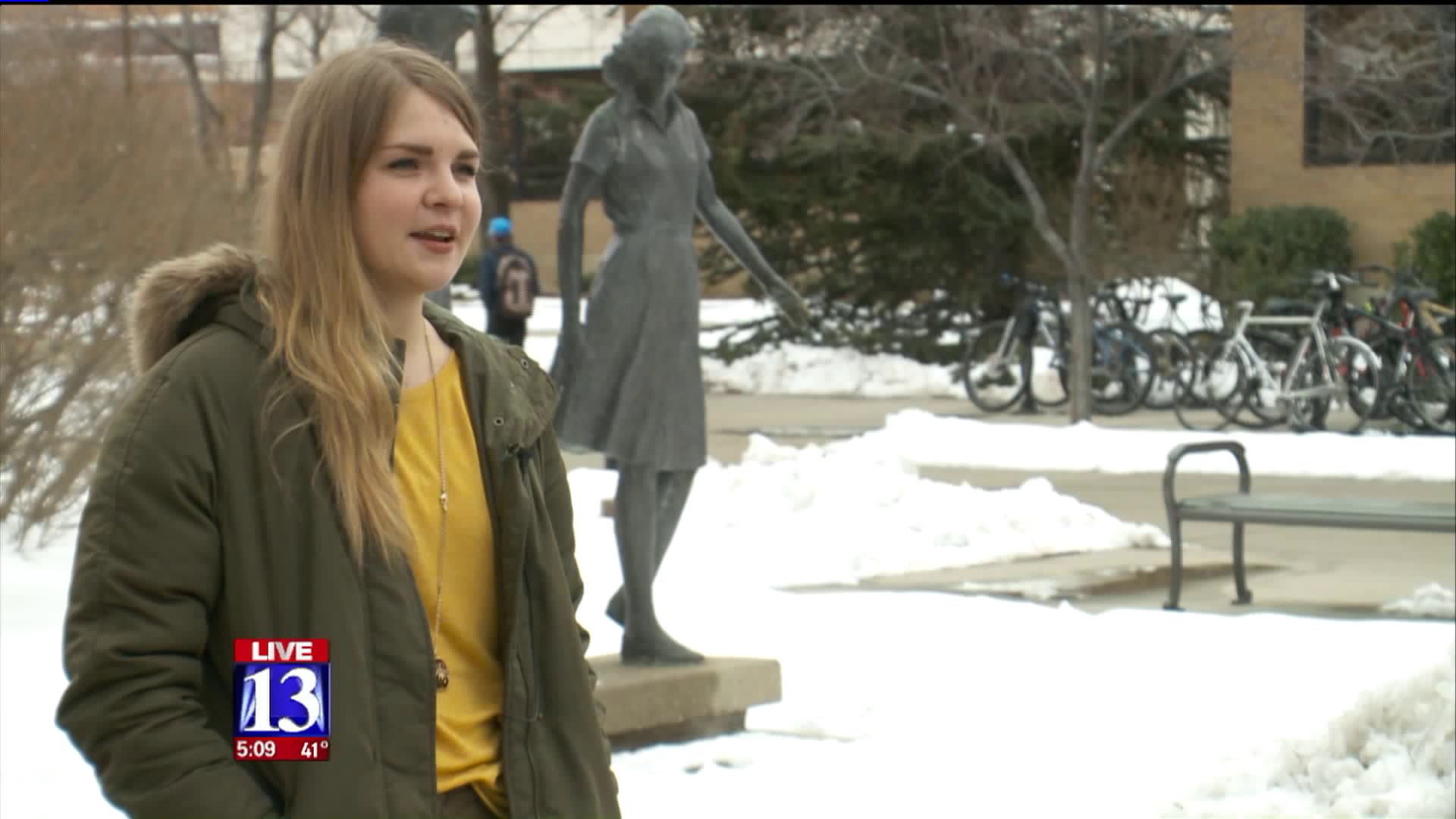 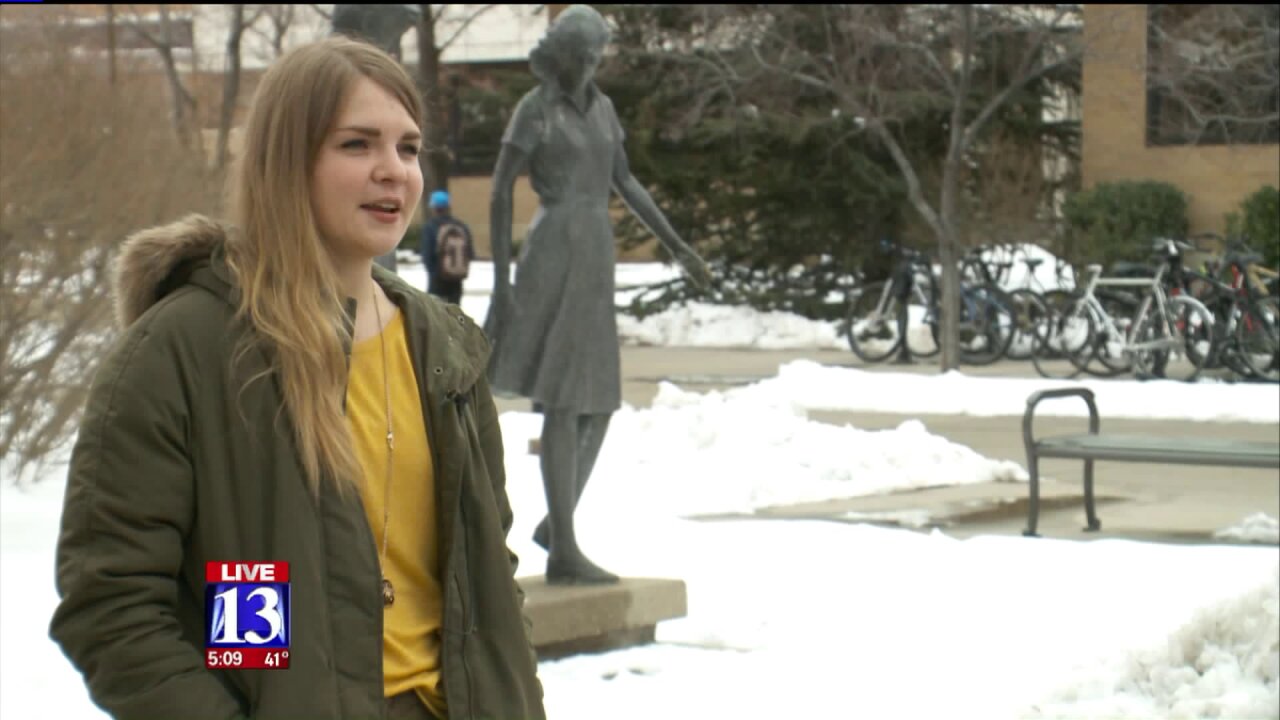 PROVO – A BYU student’s art project is stirring up a conversation about the lack of female representation on campus.

Alyson Adams is an elementary education major. As part of the senior’s art education course, she was asked to create “Guerilla Art.”

“You do art in public spaces where people can see it and cause questions to be asked," said Adams.

Adams decided to explore female presentation on campus – are buildings named after women? Are there statues of women? Last week, she put up signs on campus and taped them on statues and buildings. Out of the 113 buildings listed on the university’s website, only three of them are named after women.

“There use to be more named after women back when we had the old heritage halls but they were all torn down,” said Adams. “There is one auditorium on campus that's named after a woman, but it's in the basement of the library.”

With Guerilla Art, it’s usually anonymous. But Adams felt compelled to speak up after seeing all the chatter online. While most of the reaction was positive, there was some negativity as well.

“This isn't about politics. This isn't about challenging or questioning the church or the University. It's just about people and representing people individually," Adams said.

Some attacked her for questioning motherhood.

“When you are acknowledging that women do other things aside from motherhood, you're not degrading motherhood. You're saying women can be more than one thing. They can wear many hats,” said Adams.

She says there are several women in LDS church history who deserve recognition.

“I think Jane Manning James, Martha Hughes Cannon, Eliza R. Snow, Zina Huntington Young. They are all amazing women that definitely deserve to have a building named after them or a statue put on campus on their behalf.”

Adams says the project was about sparking a conversation and if change happens as a result of it, then she says it was all worth it.