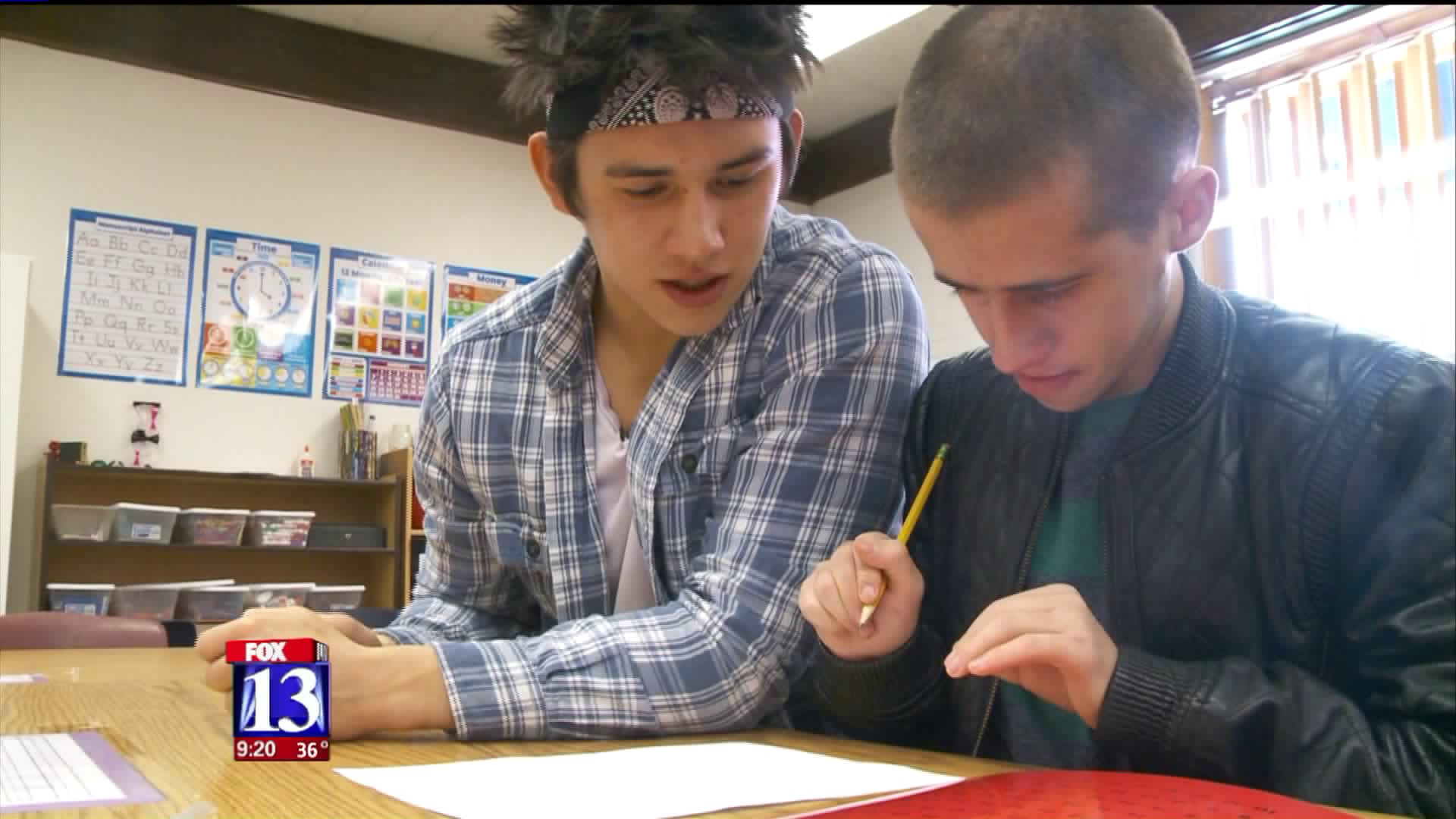 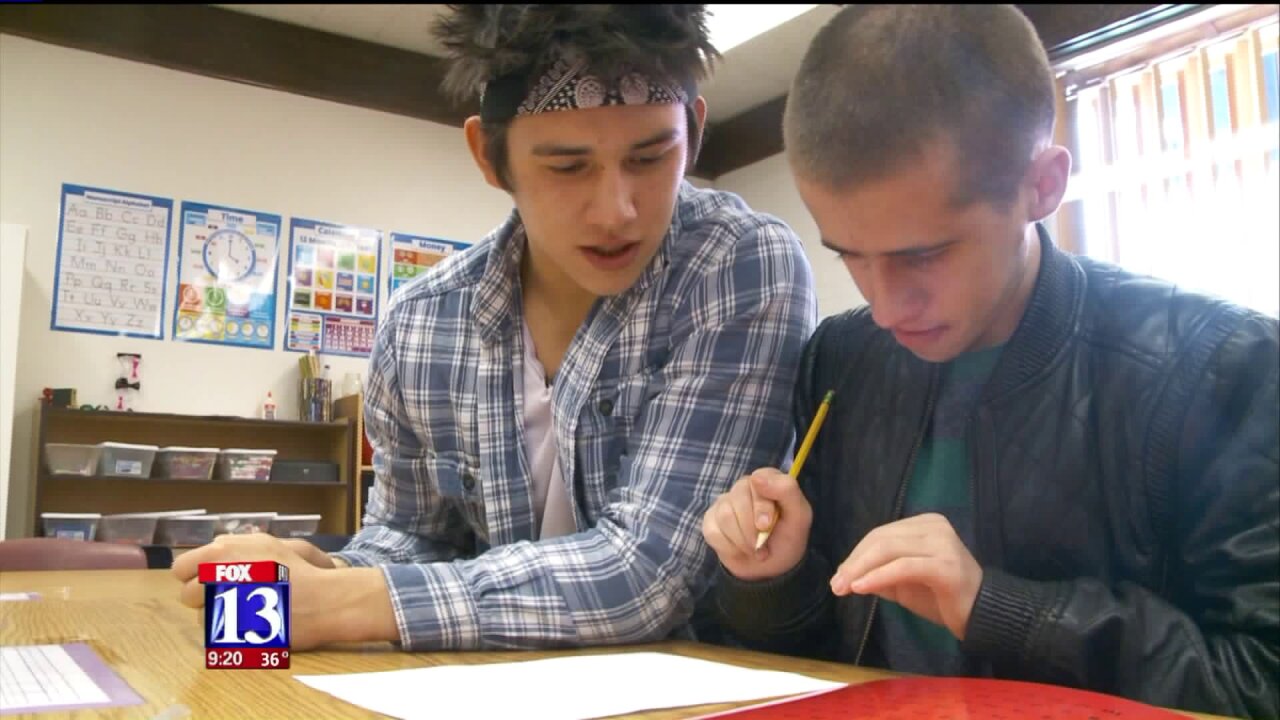 SPRINGVILLE, Utah - Brad Nicols and Glenn Archibald have what some may consider an unusual friendship.

“Best buddy and best friend,” said Glenn as he pointed to Brad.

It wasn’t so long ago, Brad needed to find his own best friend.

Brad got involved in the peer tutor program, an effort pairing students with special needs students.

“They start understanding that they are just like the other kids instead of labeling themselves as different,” said Wendy Dahle, the Special Education teacher at Springville High School.

Last Tuesday, Brad walked into the special education classroom and found Glenn sitting at his desk. It’s a far cry from the usual greeting. Brad wrote about the moment:

"Every day I see him, he runs up to me and gives me a big hug and tells me about all the progression he’s made on his Pokemon game. He can talk hours upon hours about that game... But the other day, it was different. I walked into class with no Glenn there greet me at the door. Instead, I saw him at his desk with his head down. I immediately went over to him and asked him what’s wrong. He looked up to me with a very sad look saying, 'I lost my 3DS. I lost all my powers.'"

“We started putting posters up in the hall and it said, missing 3DS,” said Brad.

But the cherished gaming system never showed up. Desperate to help Glenn, Brad turned to his fellow students. He set up a GoFundMe account and posted about it on Instagram.

“Instagram is probably where most the people who know Glenn are at and right as I posted it, it just exploded. Within an hour we reached our goal,” said Brad.

The extra money will be used to repair Glenn’s broken glasses.