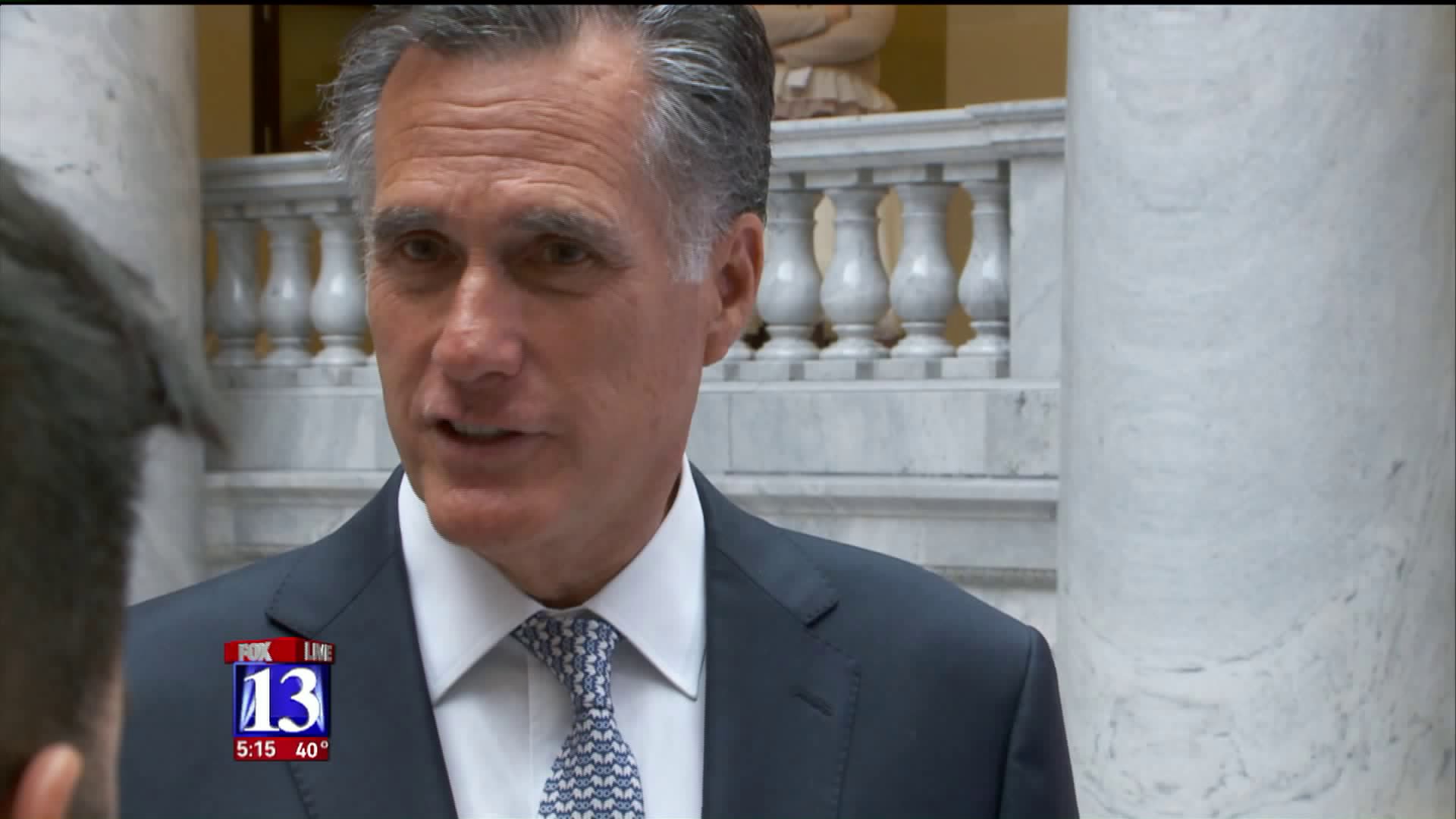 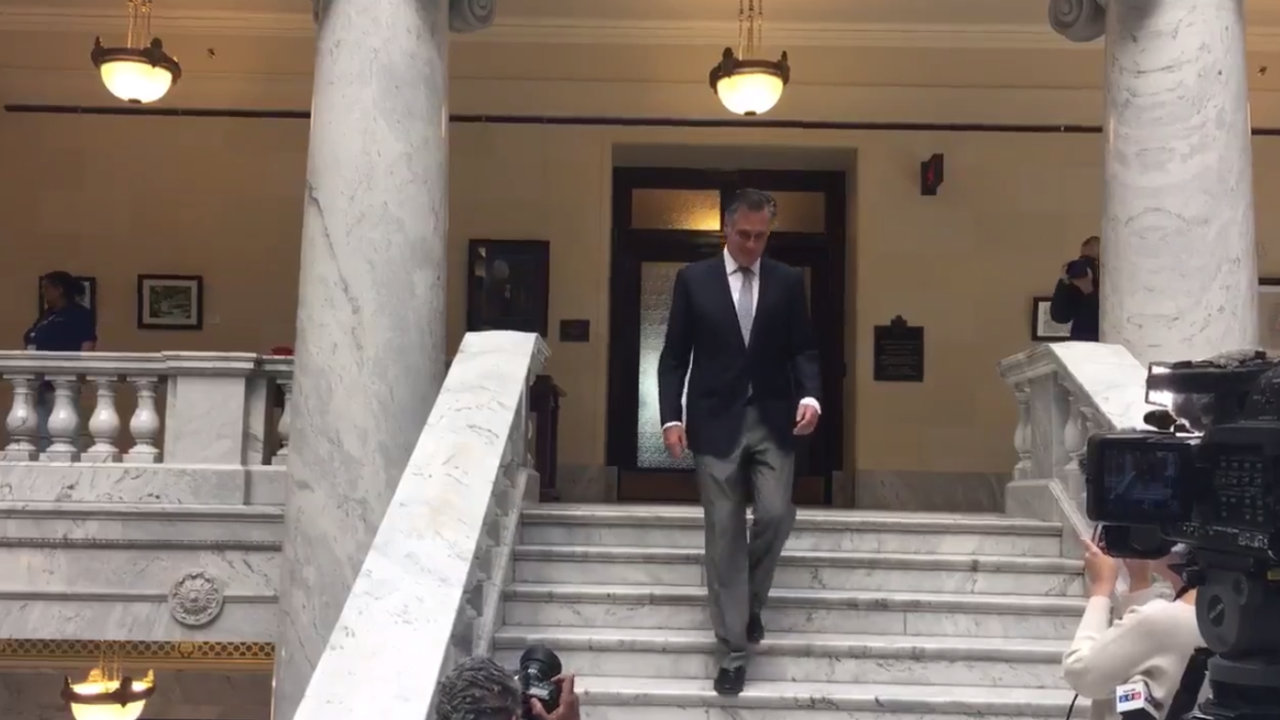 However, speaking to reporters, Romney declined to weigh in on a recent bylaw change pushed by a faction of the Utah GOP's State Central Committee that would force some candidates out if they tried to gather signatures to get on the ballot.

"I believe I will be on the ballot. I’m not terribly concerned about that," he said.

Romney's visit came as both caucuses did discuss the bylaw change, which would kick out signature-gathering candidates in certain districts. If they do, the Utah GOP could potentially break state law and find itself de-certified as a qualified political party.

Right now, Utah law allows political candidates to gather signatures or go through the caucus and convention system (like some in the Utah GOP prefer). It's triggered a civil war within the party that's nearly driven them to bankruptcy, pitted Republican against Republican, and even prompted a lawsuit by the party against the governor with a federal appeals court considering the case.

Since the latest bylaw change didn't apply to him, Romney said he'd continue to do both to qualify for the Republican nomination for U.S. Senate.

"I’m going to let others deal with the politics within the party and the process for achieving nomination within the party," he said. "I’m instead going to focus on my race and I’m doing two things: I’m collecting signatures and I’m going to cross the state to get the support I would need to be successful in the caucus and the convention."

But lawmakers on Utah's Capitol Hill are concerned. Rep. Mike McKell, R-Spanish Fork, asked the House for permission to open a bill file on Tuesday morning to address the controversy.

Rep. McKell wouldn't say what exactly his bill would do to address the issue, but he said it could take action to stop a problem before it escalates.

"I want to be prepared if the legislature has to take action. There’s a lot of people are concerned that the Republican Party could lose its status as a political party," he said.

The Utah Lt. Governor's Office, which oversees elections in Utah, said it continues to watch the situation within the Utah GOP closely.