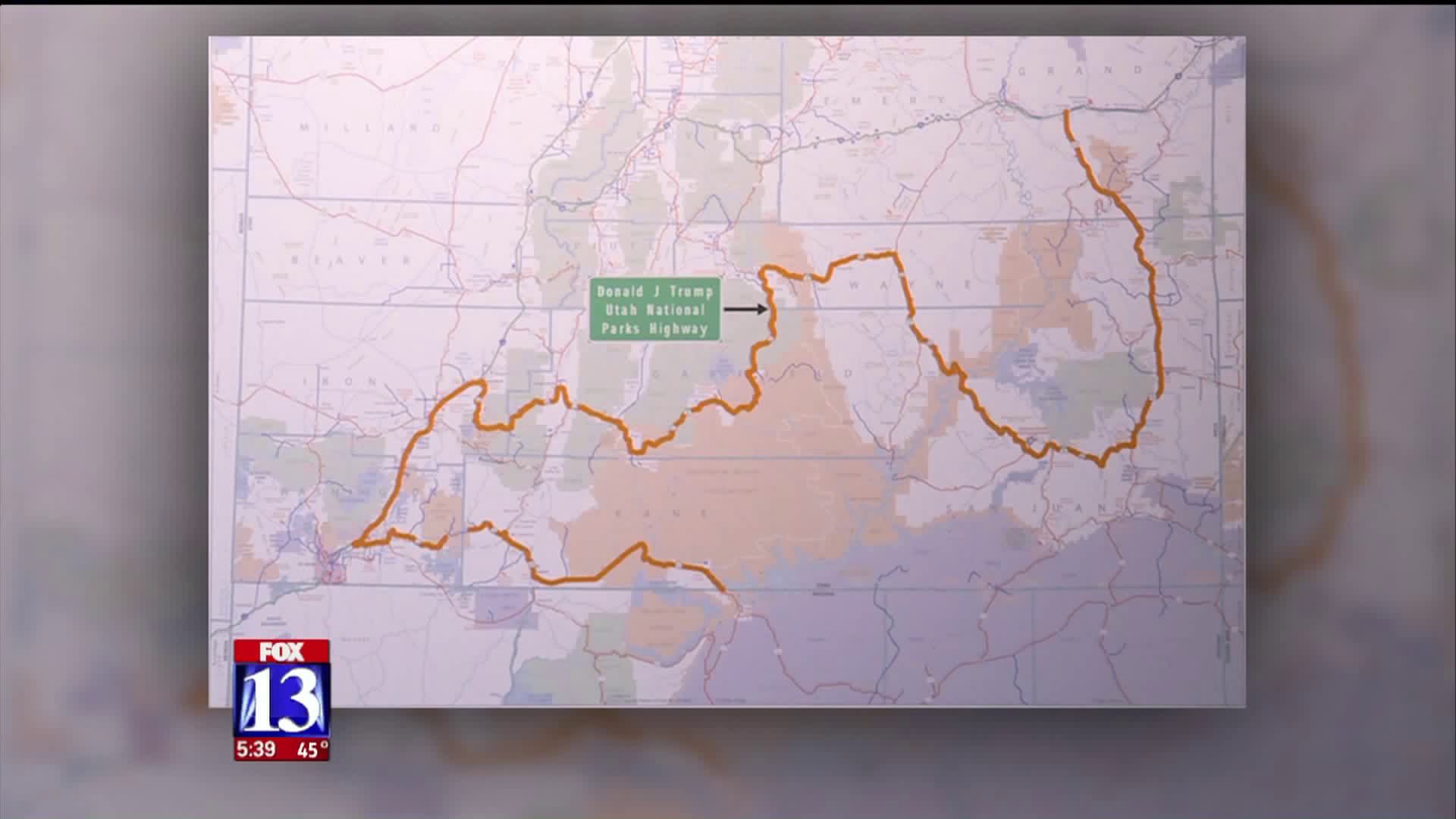 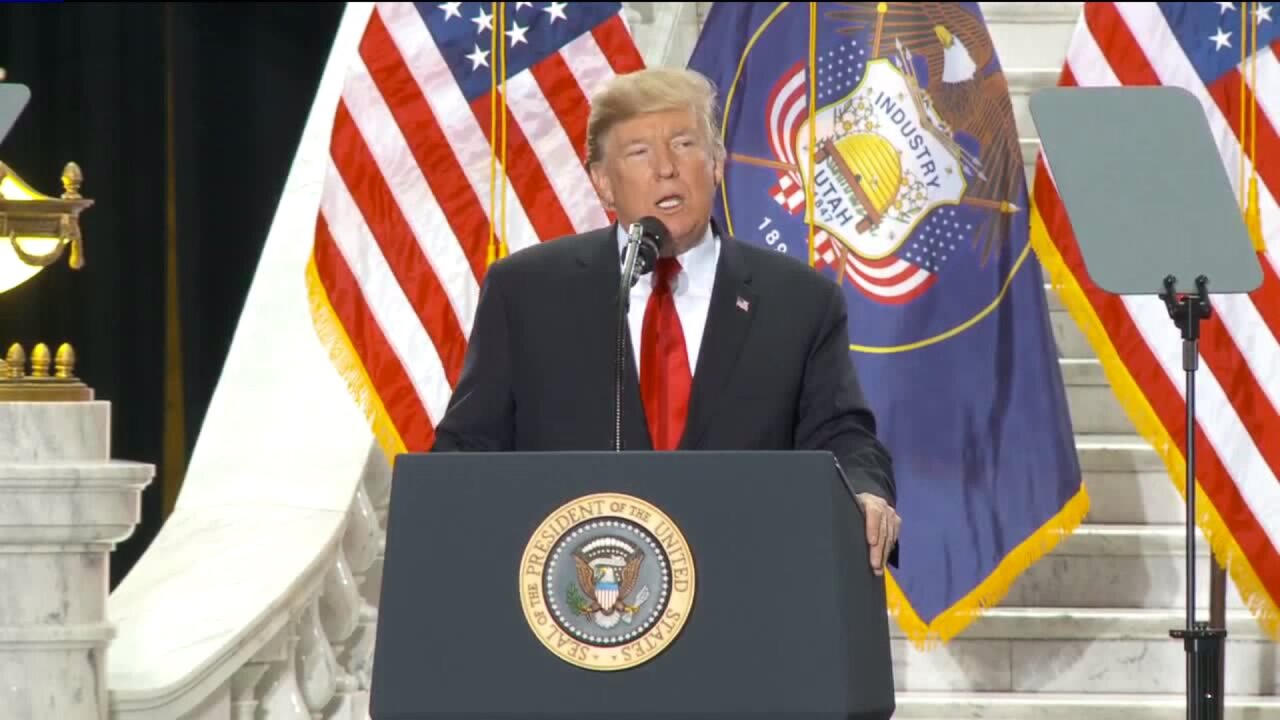 SALT LAKE CITY -- The Utah State Legislature will consider a proposal to name a road after President Trump.

Rep. Noel told FOX 13 it was in appreciation for the president's work on public lands, particularly shrinking Bears Ears and Grand Staircase-Escalante national monuments and advocating for local control of public lands.

"I believe and trust what he’s done and I think we ought to recognize him for that. This is to dispel the myths that come out in the news that this guy is going to damage the public lands. He’s not," Rep. Noel said.

The road stretches from Lake Powell through Washington, Iron, Garfield, Wayne, San Juan and Grand counties, touching each of the "mighty five" national parks. It also goes near parts of the Bears Ears and Grand Staircase-Escalante national monuments.

Those are the same monuments President Trump shrank when he visited Utah in November. Lawsuits have been filed challenging those proclamations.

Rep. Noel insisted it was a worthy designation and his southern Utah constituents would support it.

"We’re very, very thankful for President Trump what he did in downsizing the national monument and bringing attention to the fact we can still have national parks that we can bring people to Utah, but we don’t have to lock up all of our land," he said.

Rep. Noel also pointed to President Trump's recent budget that would spend billions on national park improvements (some of that would come from oil and gas extraction on federal lands).

"Yeah, he’s controversial in a lot of areas but I want to just make sure people recognize this President is a strong supporter of national parks. He’s a supporter of protecting the environment but he has a balance there," he said.

Ashley Soltysiak of the Utah chapter of the Sierra Club called the highway designation "apalling and ludicrous." She said President Trump has shrunk public lands on a massive scale and naming a highway in his honor was "an insult to all Americans."

"It’s an intentional sort of flip off, I guess, to all Utahns who cared about these monument protections, to all Americans who cared about national parks," she told FOX 13. "It’s just disturbing. What the president has done in those areas does not deserve to be awarded."

Still, Soltysiak said she would not spend a time fighting the highway designation in the Republican-dominated legislature. She was worried about other concerns, including fending off efforts to strip cities of their control over watershed.

"It's a much bigger priority for us than some silly renaming of a highway to glorify a president who has done nothing but attack our public lands," she said.

"President Trump has been a strong advocate for rural Utah. He has been willing to address the tough issues that other Presidents have ignored," he said in a text to FOX 13. "President Trump has listened to local voices and has not allowed special interest groups to sway him. We are grateful to President Trump, Secretary Zinke and Senator Hatch and absolutely support this effort!"

"President Trump's recognition of the importance that people place on these public lands and access to them may draw mixed feelings nationwide, but hopefully renaming this highway sends a clear message that a vast number of those people most effected by these monuments, the people of Utah support the reduction size of the monuments," he said.