Four empty semi-trucks flipped on their side while traveling on Interstate 80.

“This was bad,” said Dale Bohan.

His truck toppled on its side.

“This gust was at least an 80 mile an hour gust,” Bohan said.

As the side of his truck hit the pavement, he feared for his life.

“It kept sliding and sliding,” Bohan said. “I didn’t know how far it was going to go into that water.”

The Utah Highway Patrol warned truck drivers who weren’t carrying a load to wait at a rest stop until the winds subsided.

“They’re not going to get to their final destination any quicker if they are on their side out in the middle of the salt flats,” said Sgt. Jacob Cox of the Utah Highway Patrol.

UHP warns of the dangers that occur when drivers don’t heed their warnings.

“It could be potentially fatal if the semi is travelling in the left hand lane and there is a car next to them, as that semi comes over, it could crush the vehicle next to them,” Sgt. Cox said.

Luckily, no other drivers were caught up in the accidents and the trucks flipped on the shoulder of the Interstate.

“Wind can do a lot of things,” said Tiffany Erickson, a spokesperson for the company. “Wind makes lines hit together and cause open circuits.”

Hundreds of customers lost power. They advise people to be prepared with blankets, food and flashlights when the next round of severe weather blows across the state.

Do you have wind damage in your area?

Click the "Submit Your Photo" button below to send in your pictures. 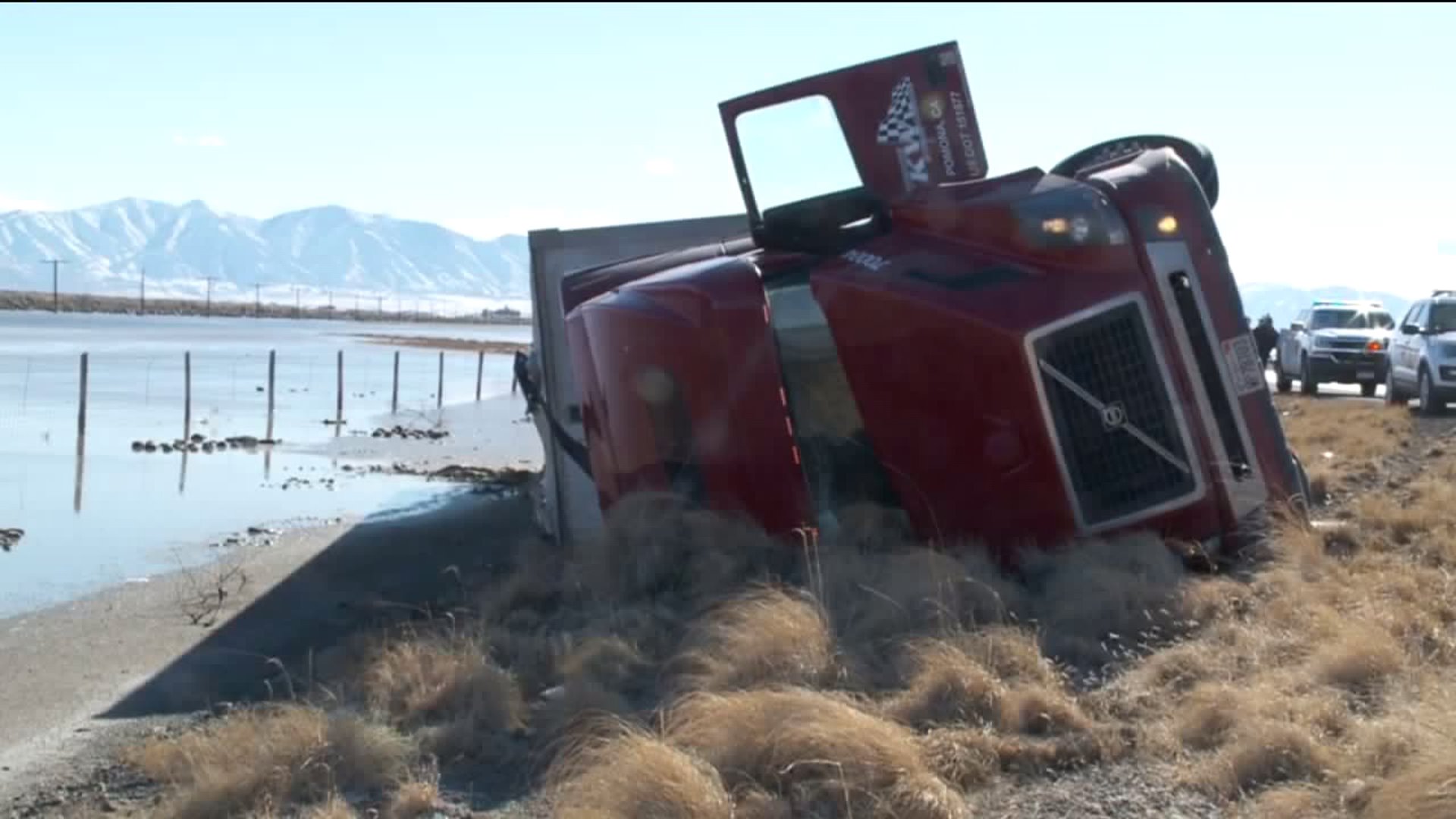