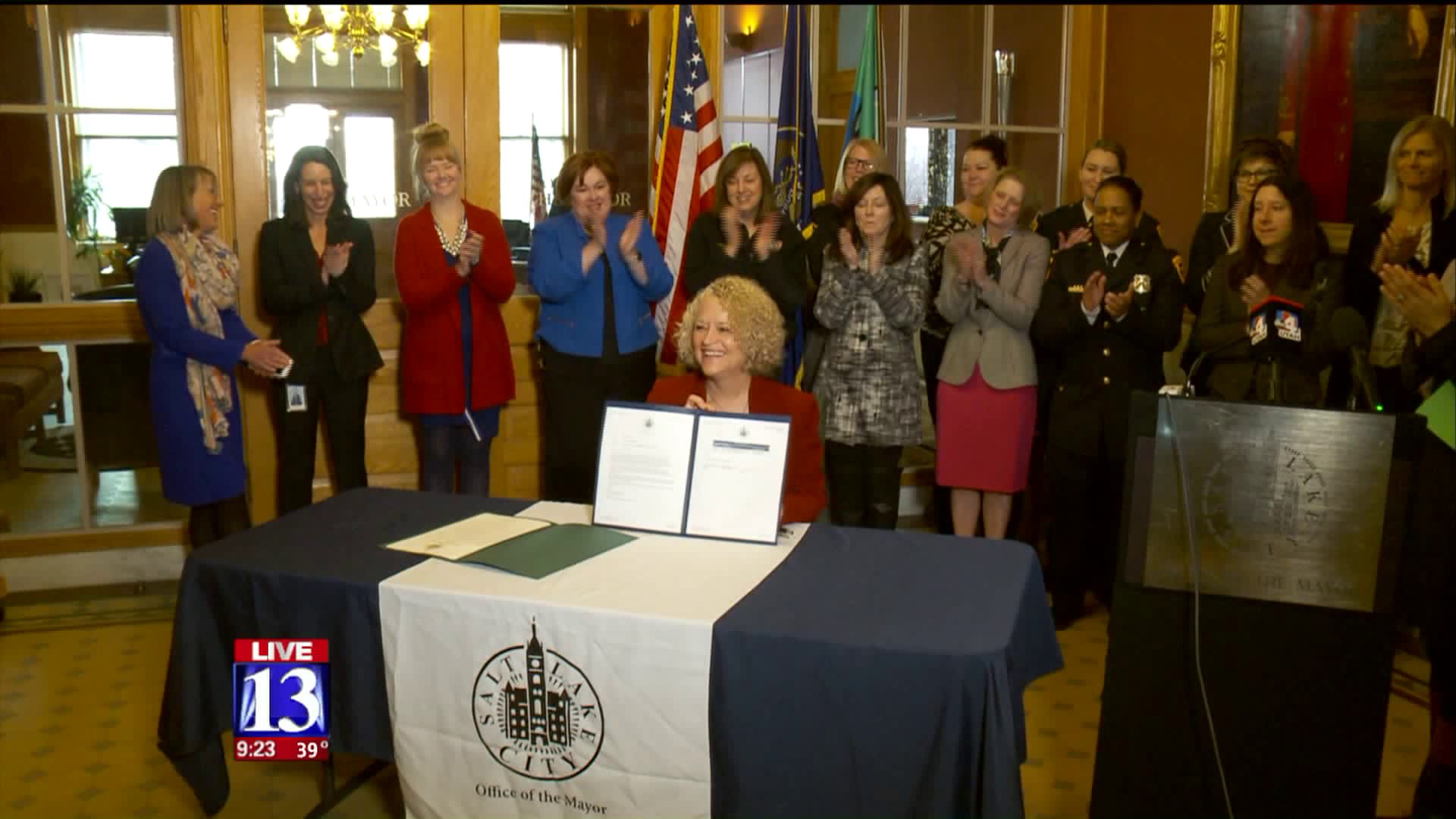 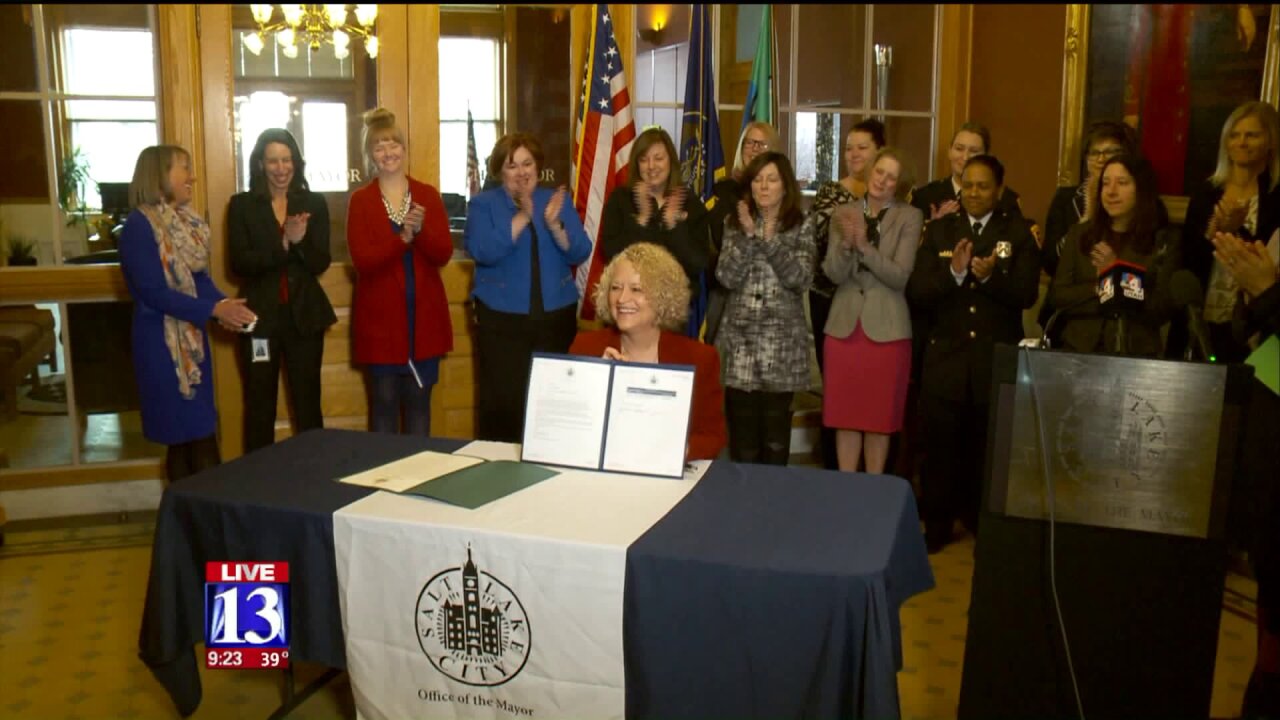 SALT LAKE CITY -- Men and women who work for Salt Lake City and do the same work will be paid the same.

That’s because Mayor Jackie Biskupski signed a new gender pay equity policy for the city, and it came on the first day of Women's History Month.

Mayor Biskupski was surrounded by female leaders of city departments and agencies when she put pen and ink to the new policy.

"We did some research and we discovered that we aren't quite at equity,” Biskupski said.  “We're 93 percent there, but we have a gap and we want to close that gap."

"When we look statewide we're at about 70 cents to every dollar,”  Salt Lake City Council Chair Erin Mendenhall said.  “And that gets worse with women of color and minorities, where Latina women are at the bottom of that spectrum—making 41 cents to every dollar of their male counterparts here in Utah."

A 2017 report by the National Partnership for Women and Families was based on 2015 US Census data. It found that a woman made 71-cents to a man's dollar, and that amounts to almost $15,000 annually.

The wage gap exists in every area of the state, and across all industries, occupations and education levels.

Mayor Biskupski said it is up to the Capital City to lead the way, and other women who work alongside her hope others follow.

"This is great for all women here in Utah and I hope people will take advantage of it and people will know that they have a chance instead of just saying, 'ahh!' and giving up,” Salt Lake City Police Sgt. Yvette Zayas said.  “Keep on pushing forward to get what you want and that's what I hope, the mayor is showing them, ‘hey you can do it.’"

An important part of the new policy is that job applicants can't be asked about their current or past salary history.

Since women have historically made less than men, giving a salary history has long perpetuated the problem of gender pay inequality.