The city owns the stadium and announced it is investing $630,000 to replace 342 obsolete lamps with newer, more efficient LED bulbs.

“Salt Lake City will see our beautiful baseball stadium in a whole new light,” said Salt Lake City Mayor Jackie Biskupski. “These upgrades not only save costs and reduce energy but provide an even greater sports experience for families and fans.”

The current lighting system at Smith’s Ballpark is 25 years old and has exceeded its’ lifespan. Recently lights have turned off in the middle of games.

“We’ll be able to brighten the field faster and more directionally, which will help reduce light pollution,” said Amicone. “This new system even has special effects so we can enhance the fan experience when celebrating home runs or when the Bees win.”

Crews with Cache Valley Electric and Wagstaff Crane are expected to complete the installation this week before the 2018 baseball season begins.

Pictures of the installation can be seen below: (Courtesy Salt Lake Bees) 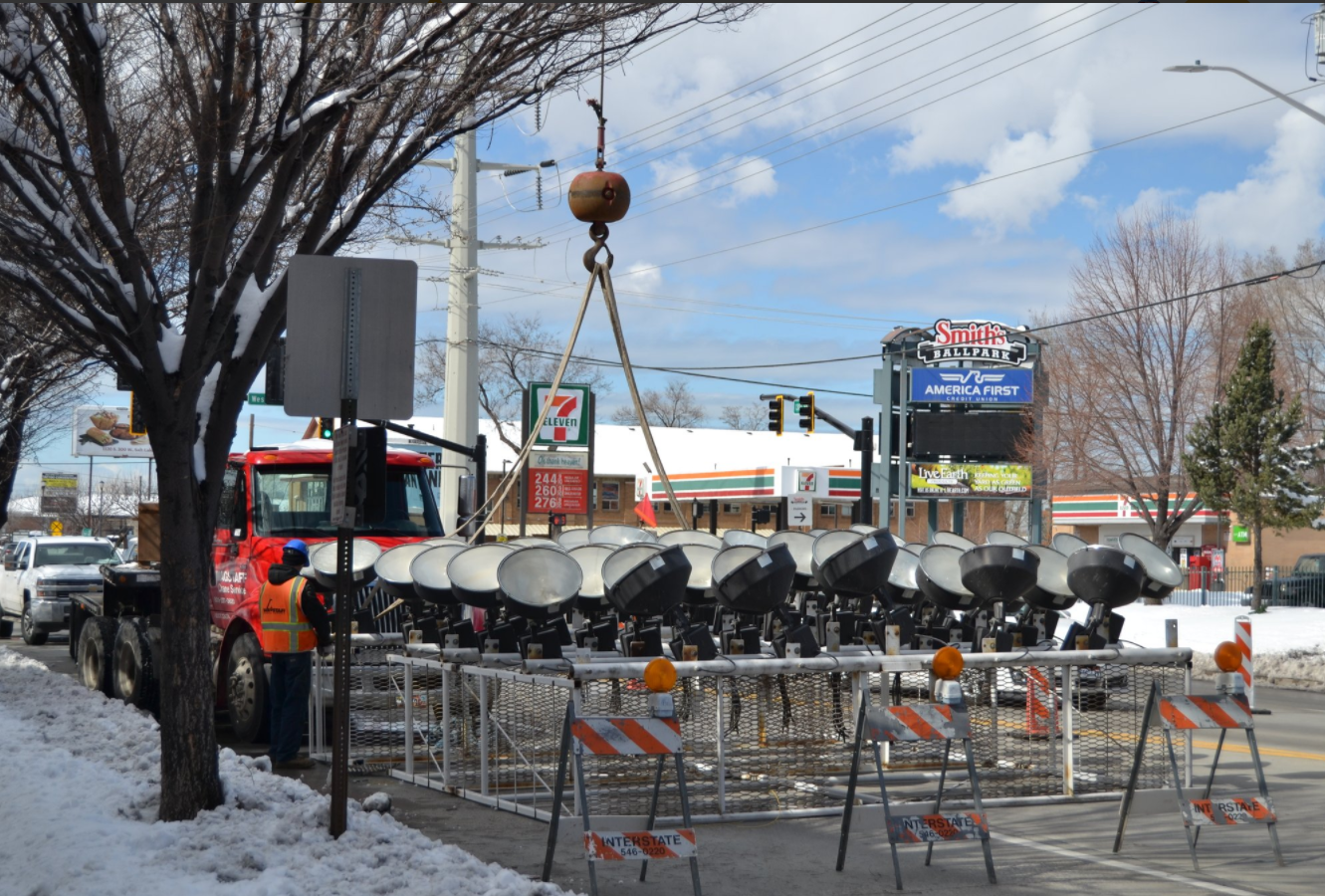