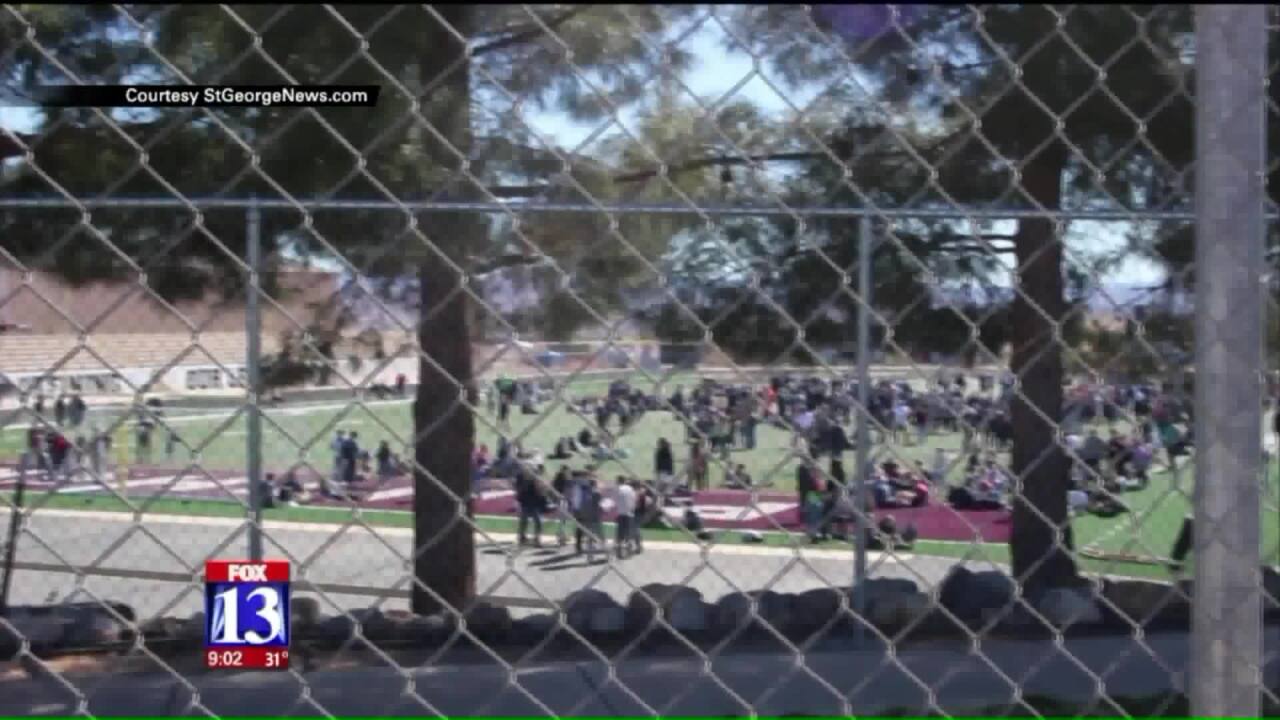 Authorities responded to the school after a student reported to a school resource officer that they saw a suspicious backpack that was smoking.

“After examining the device, bomb squad members indicated that if it had detonated; the device had the potential to cause significant injury or death,” The St. George Police Department wrote in a statement. “The device was disarmed and a suspect was identified.”

In a statement released on Facebook the police department wrote:

“The suspect was a juvenile male attending a class at Pine View High School. A warrant was served on the residence of that juvenile and items were located that were consistent with the materials used to build the device placed at Pine View. Based on our investigation we can confirm this was a failed attempt to detonate a homemade explosive at the school. It was also determined that the male had been researching information and expressing interest in ISIS and promoting the organization.”

Police said initially the suspect was arrested on charges of manufacture, possession, sale, use or attempted use of a weapon of mass destruction prohibited. More charges may be pending to include charges of criminal mischief from the Hurricane Police Department for an incident that occurred at Hurrican High School on Feb. 15. The Hurricane Police Department said the same suspect was wanted for allegedly replacing an American flag with an ISIS flag at the school.

Students from Pine View High School said that a student who was identified as the suspect was exhibiting strange behavior during the incident.

“He was walking around frantically nervous. He had a hat on really low covering his face almost,” said Olivia Jones, a senior at the school. “They hadn’t evacuated the seminary building for some reason and [the] kid was hysterically laughing which is really unusual and they later evacuated seminary building.”

No injuries were reported as a result of the incident. On their website, the Washington County School District wrote that all of the school’s students had been accounted for and were safe.