“It was just really scary to think that if I were to hit the pole a little closer to me that it would have crushed us,” said Kazandra Esquivel, the 16-year-old who was behind the wheel of the upside down and nearly folded in half jeep.

“It scared me because I had my best friend in the car,” Kazandra said.

Monday afternoon on 2600 West North Plain City Road, Kazanda Esquivel was behind the wheel with her friend in the passenger seat.

“I was going around the curve and I hit loose gravel,” Kazandra said.

Police said she was going too fast and lost control of the car, hitting a rock. The Jeep was sent crashing into a utility pole.

“It was upside down completely,” Kazandra said.

Thankfully both girls were buckled up.

“I remember just crawling out of the car,” Rachelle Crandall, the passenger, said.

That's when Rachelle realized how close they were to being crushed.

Luckily Kazandra walked away with a few stitches in her ear and her friend with a few bruises.

“I see the jeep and I can't believe they're walking right now I cannot believe that,” Ervy said.

This family learned first hand that seatbelts save lives, and Kazandra learned to slow down.

“Scary. It definitely taught me a lesson,” Kazandra said.

Kazandra says she wasn’t texting and she’s had her license for nearly a year, so it was ok for her to have someone in the car. She was cited for careless driving.
It wasn't easy for Kazandra to share her story but she hopes other drivers will learn from her mistakes. 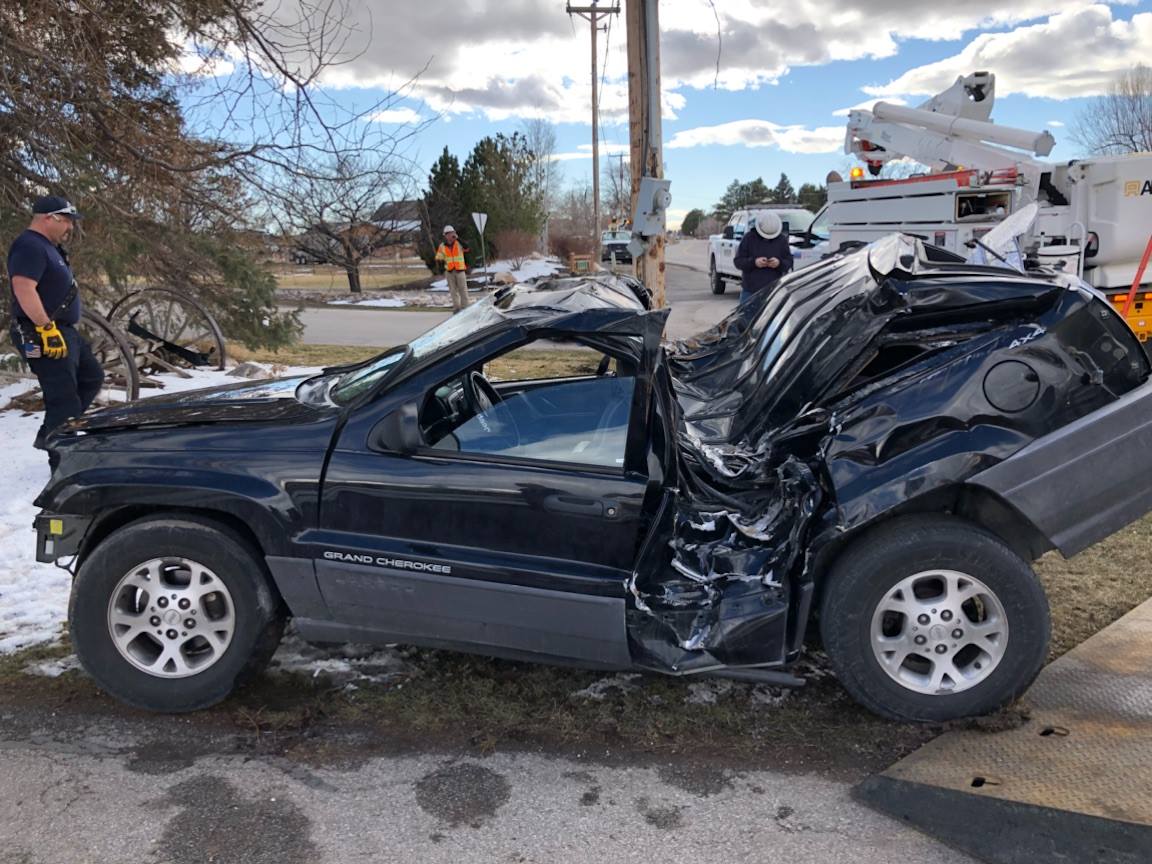