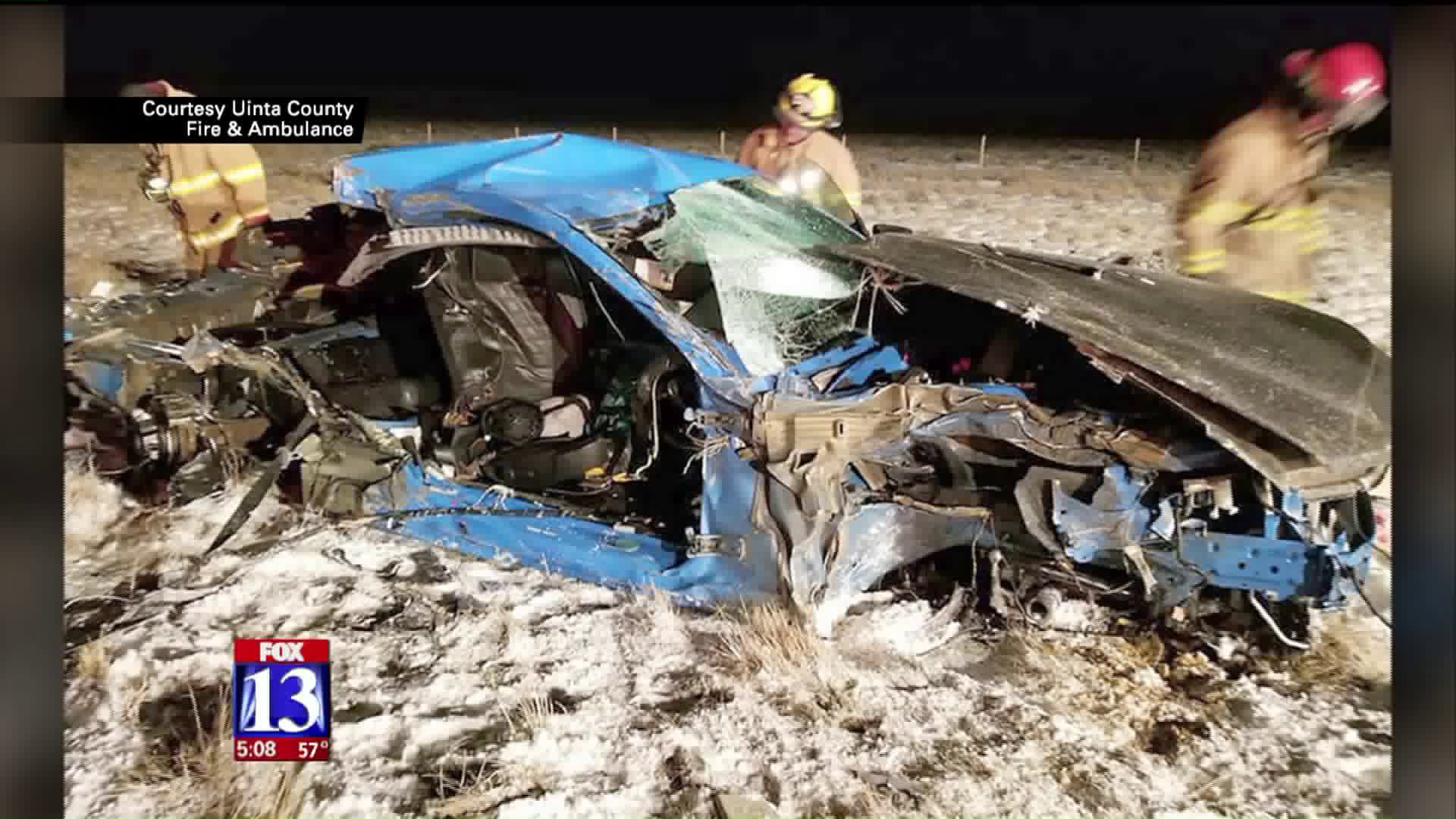 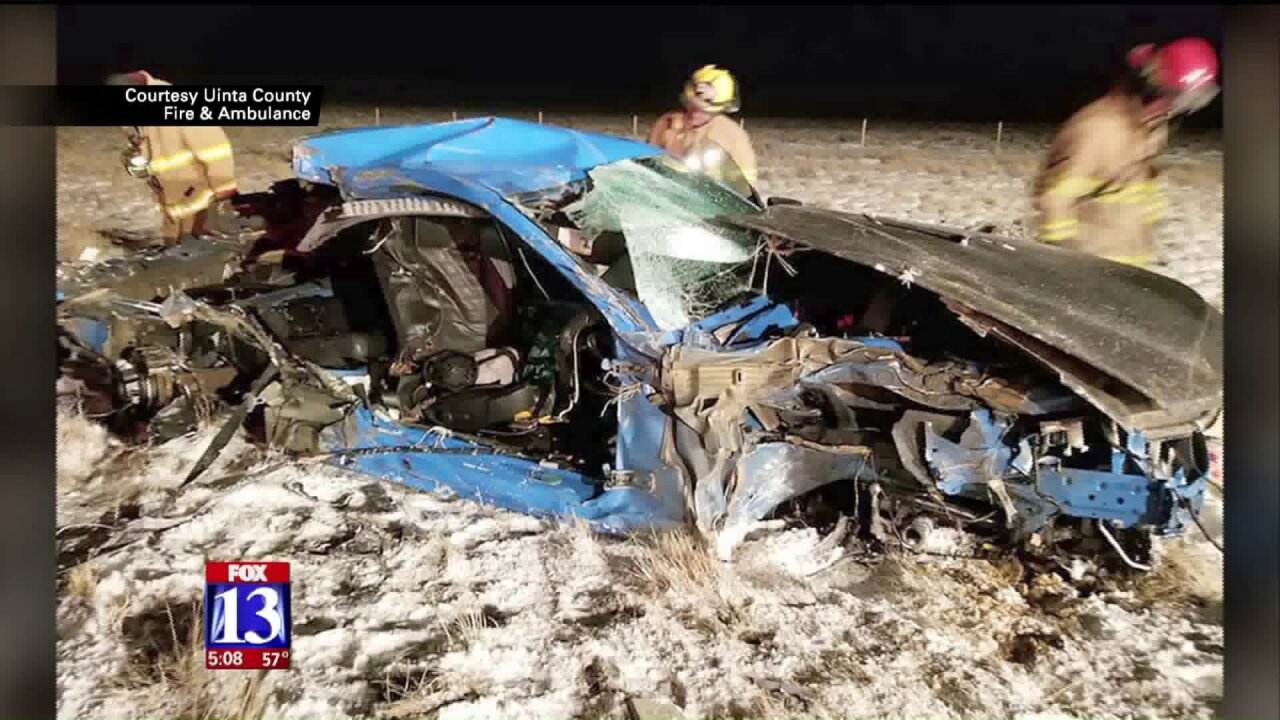 SALT LAKE CITY – A Utah man says he is lucky to be alive after being involved in a horrific car accident early Monday morning while driving in Wyoming.

Trent Gabel was headed home to Heber City from the Fort Campbell Army Base where he is stationed in Kentucky.

He says his Ford Mustang spun out on Interstate 80, just east of Evanston, Wyoming, after it hit a patch of ice on the road.

“I lost control of my vehicle, went across the median, I saw the headlights of the tractor trailer – a semi – and I had a head-on collision with them,” Gabel said when describing the accident.

The 20-year-old credits his seat belt with saving his life. Trent’s quick thinking behind the wheel also played a role in keeping him safe.

“I went to the left so I’d hit on the passenger side instead of direct impact on the left,” Gabel said.

That decision prevented the driver side of the car from sustaining the brunt of the collision. Trent walked away from the crash, suffering only a small cut to his nose.

“I just braced for impact,” Gabel said. “I just locked my arms when I hit the steering wheel.”

Gabel has served in the Army since graduating from Wasatch High School in 2016.

“I am a culinary specialist, so I provide the food services overseas and back at base,” Gabel said. “I cook the food. I prepare it.”

He spent months saving money to be able to buy the Ford Mustang – his dream car.

Just days after purchasing that dream car, it is destroyed beyond repair.

“Now it’s just a pile of metal that’s ready to be melted down and made into another car,” Gabel said.

Gabel is disappointed he didn’t get much time to enjoy his new wheels.

“It really sucks to get a brand new car that I worked hard for, to pay for, and then have it be destroyed,” Gabel said.

Seeing photos of the devastation caused by the crash, and thinking about how things could have ended tragically, puts everything in perspective.