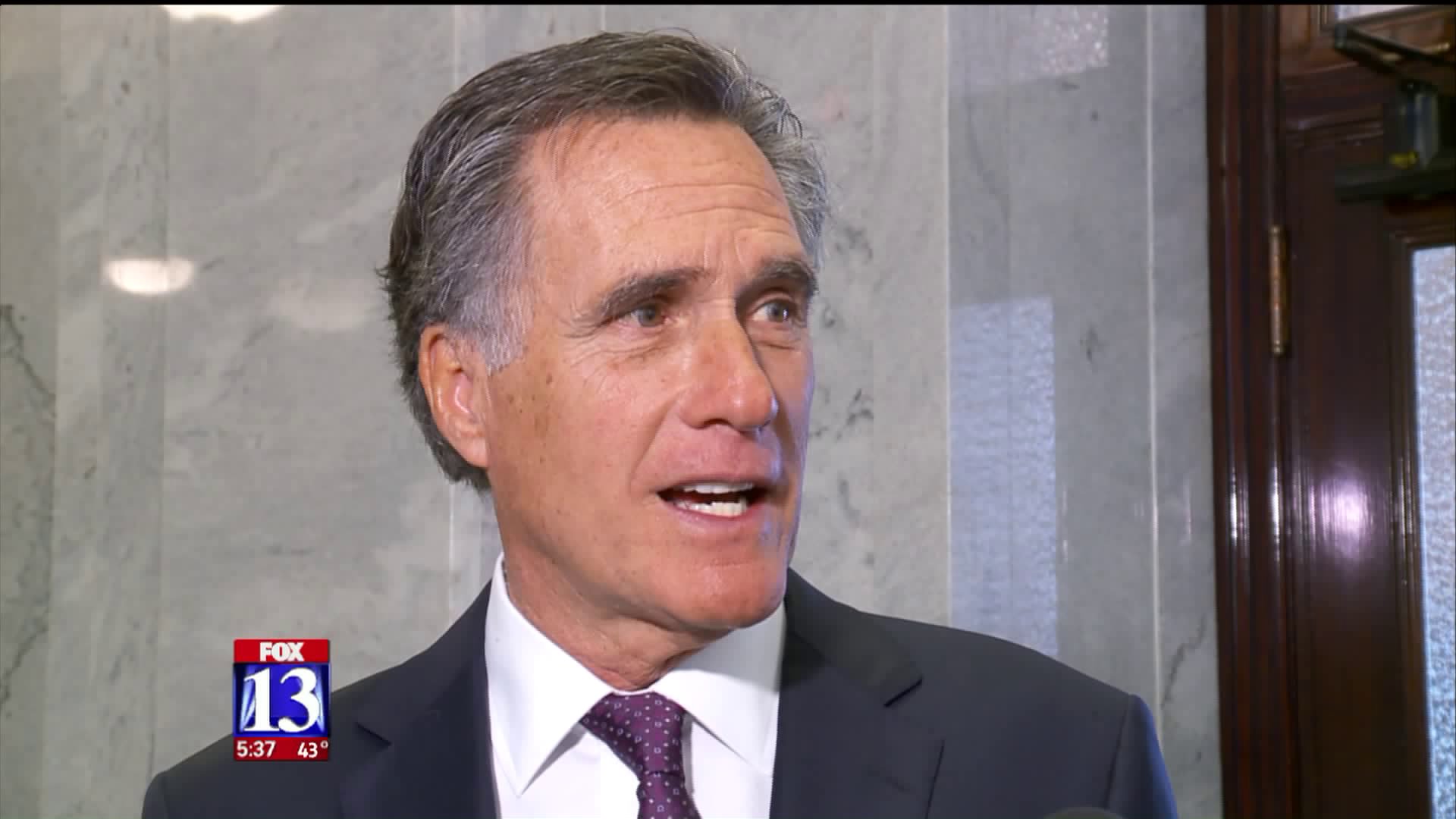 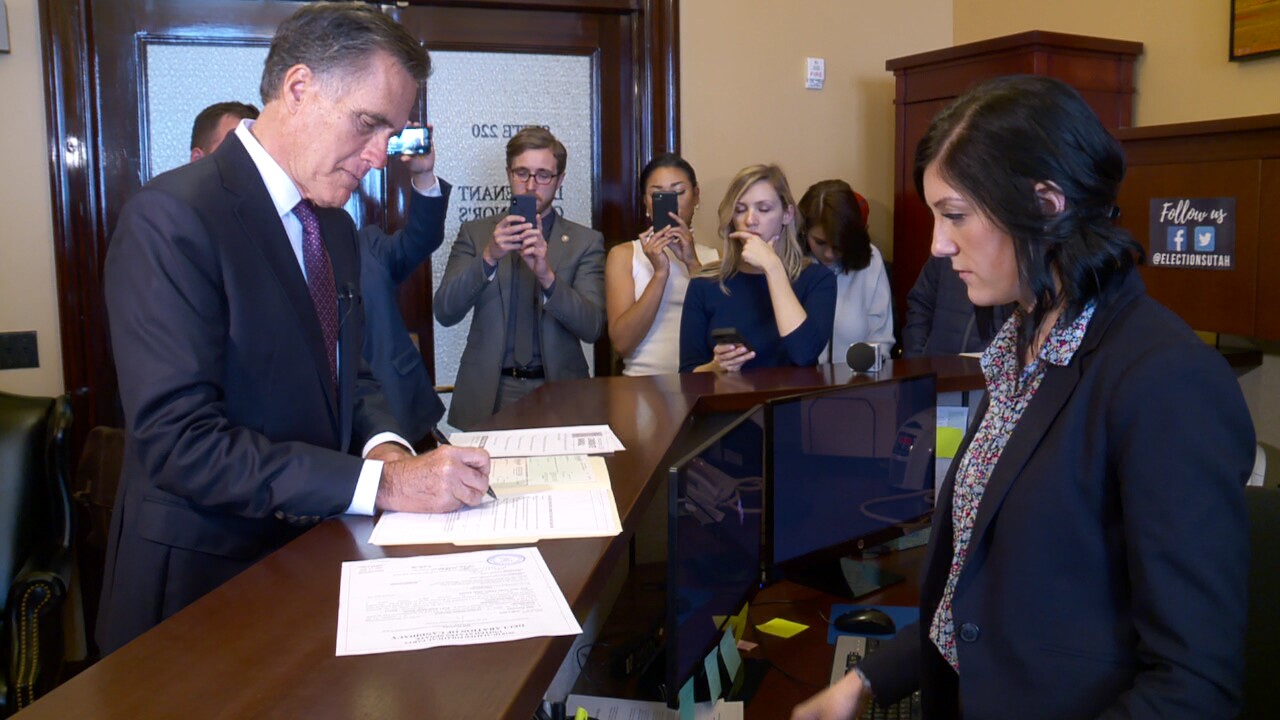 SALT LAKE CITY -- The questions were strange for a man who came close to the Presidency just six years ago.

"Have you been a U.S. citizen for nine years?"

"Will you be at least 30 years old by the time the oath of office is taken?"

But the clerk at the Lt. Governor's office did the job required, and Mitt Romney smiled while answering after each official query, signing his name in the appropriate places to make his candidacy for the U.S. Senate official.

Leaving the office, Romney paused and posed for pictures with members of the public who happened to be nearby and asked the famous man for the favor.

The pleasantness won't necessarily continue. Romney enters a crowded field of Republican candidates. One of them, Sam Parker, calls Romney "the Cape Cod Carpetbagger" and the "East Coast Establishment's interloper."

Others, like State Represenative Mike Kennedy and Attorney Larry Meyers, are more subtle, saying Romney is a member of the "establishment."

Romney takes on a familiar "Aw shucks" attitude when asked about the criticism.

Then the 71-year-old candidate added a surprise twist, suggesting he might serve into his late 80s.

"People in Utah know who I am," Romney said. "They understand my values, and I think they recognize that if they want a Senator who over the next six to 12 to 18 years can do a lot for Utah; I'm the person who most fits that bill."