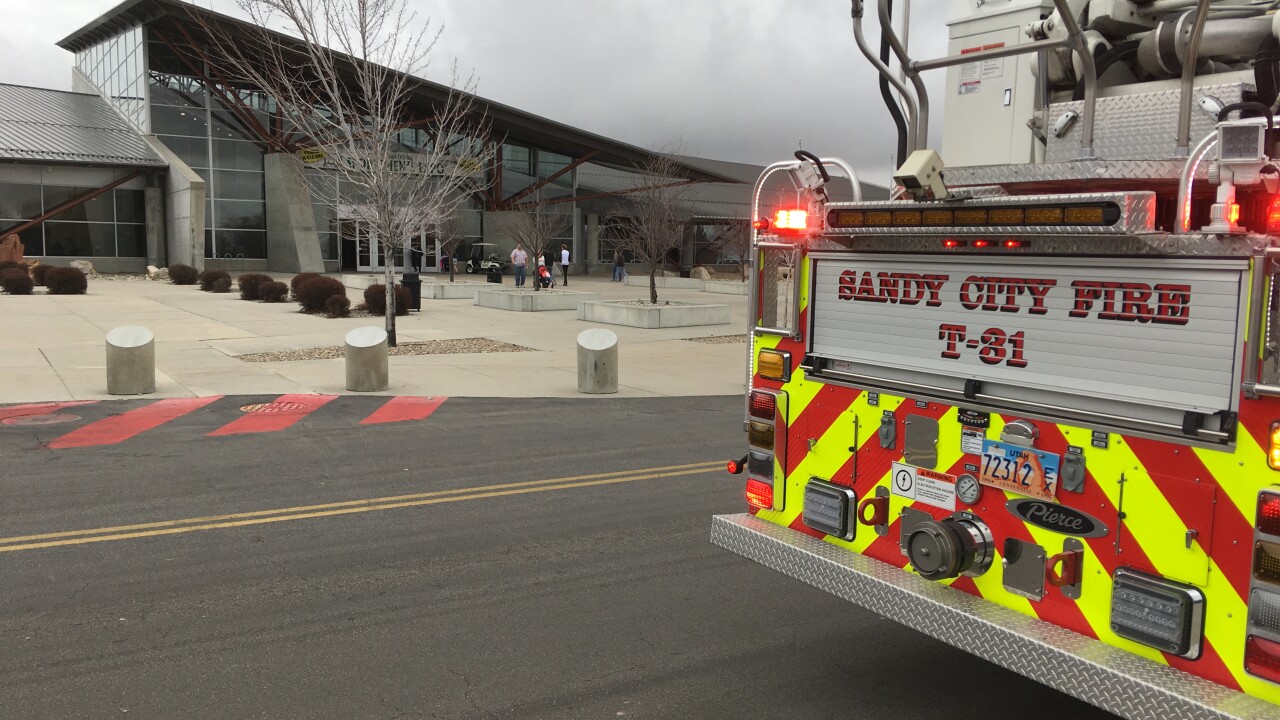 SANDY – Two men were injured Saturday afternoon when a firearm discharged accidentally as the two sat in a car.

The car was in the parking lot of the Mountain America Expo Center in Sandy where the International Sportsmen’s Exposition is being staged.

Sgt. Jason Nielson with the Sandy Police Department said the two men were handling a firearm when it accidentally fired a round.

The same round hit one of the men in the hand and the other man in the leg.

Captain Alan Bartlome said one of the victims is in his forties and the other in his twenties and are related, although the exact relationship wasn’t disclosed.

“It was an accidental discharge,” Bartlome said.  “I’m not sure of the exact nature of how it occurred, but two non life threatening injuries.”

Both men were taken to a hospital and treated for their injuries.

Sandy Police are investigating, but as of Saturday evening, no charges had been filed.