ST. GEORGE — Several people are safe today after police say a semi-truck driver going too fast for conditions on I-15 caused a multi-vehicle crash in Iron County.

St. George News reports that a late Thursday night snowstorm provided the slick roads that lead to the multiple crashes near mile marker 73 that night.

Around 11 p.m., trooper Daniel Nielson was dispatched a report of multiple rollovers, including one where a tow truck was en route while the driver and passengers waited outside.

“The tow truck was taking longer than I thought, so I went down to check on them and the elderly females were starting to shiver, so I brought them up and put them in my patrol car,” Nielson told St. George News.

St. George News reports that the semi’s trailer hit one of the tow trucks which in turn rammed the patrol car,  spinning it into a pinned position against the other tow truck.

“He said he was doing about 70 mph, which is about what his truck will do in that area,” said Nelson. “As he got closer and he saw my lights in front of the tow truck, that’s when he started to slow down, and that’s when he lost control with his brakes on the ice.”

Utah Highway Patrol says there were no major injuries in the incident.

Troopers remind drivers to be aware of road conditions and to adjust your speed accordingly.

“On that highway that night, 45 mph would have been plenty fast,” Nelson told St. George News. 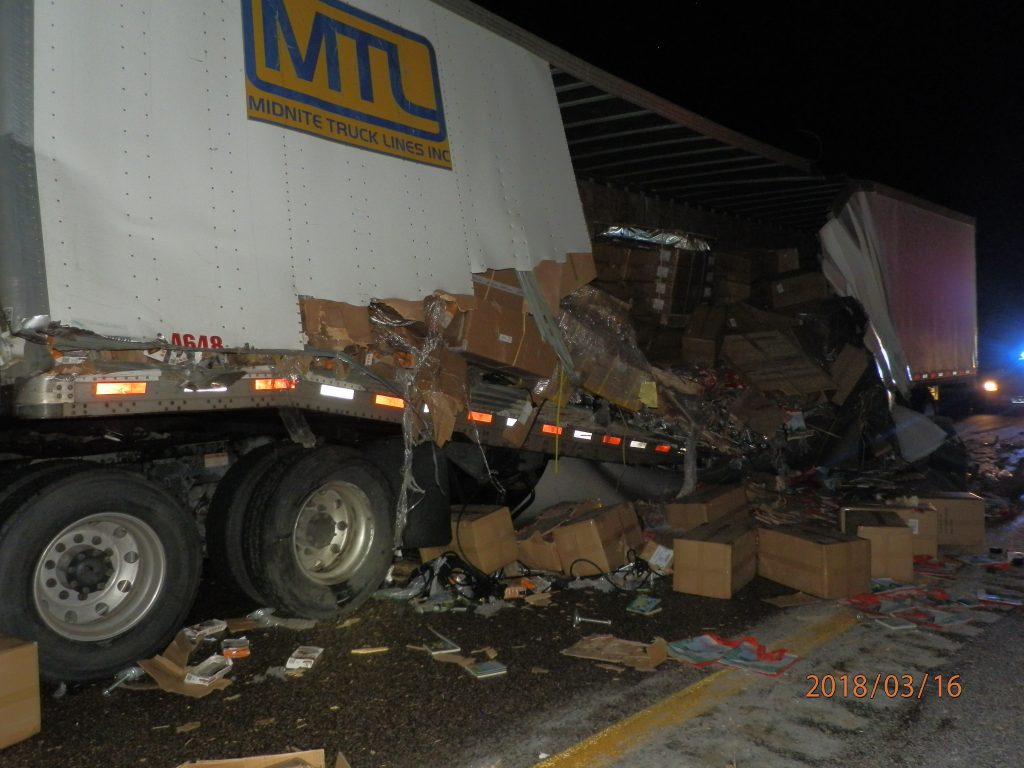