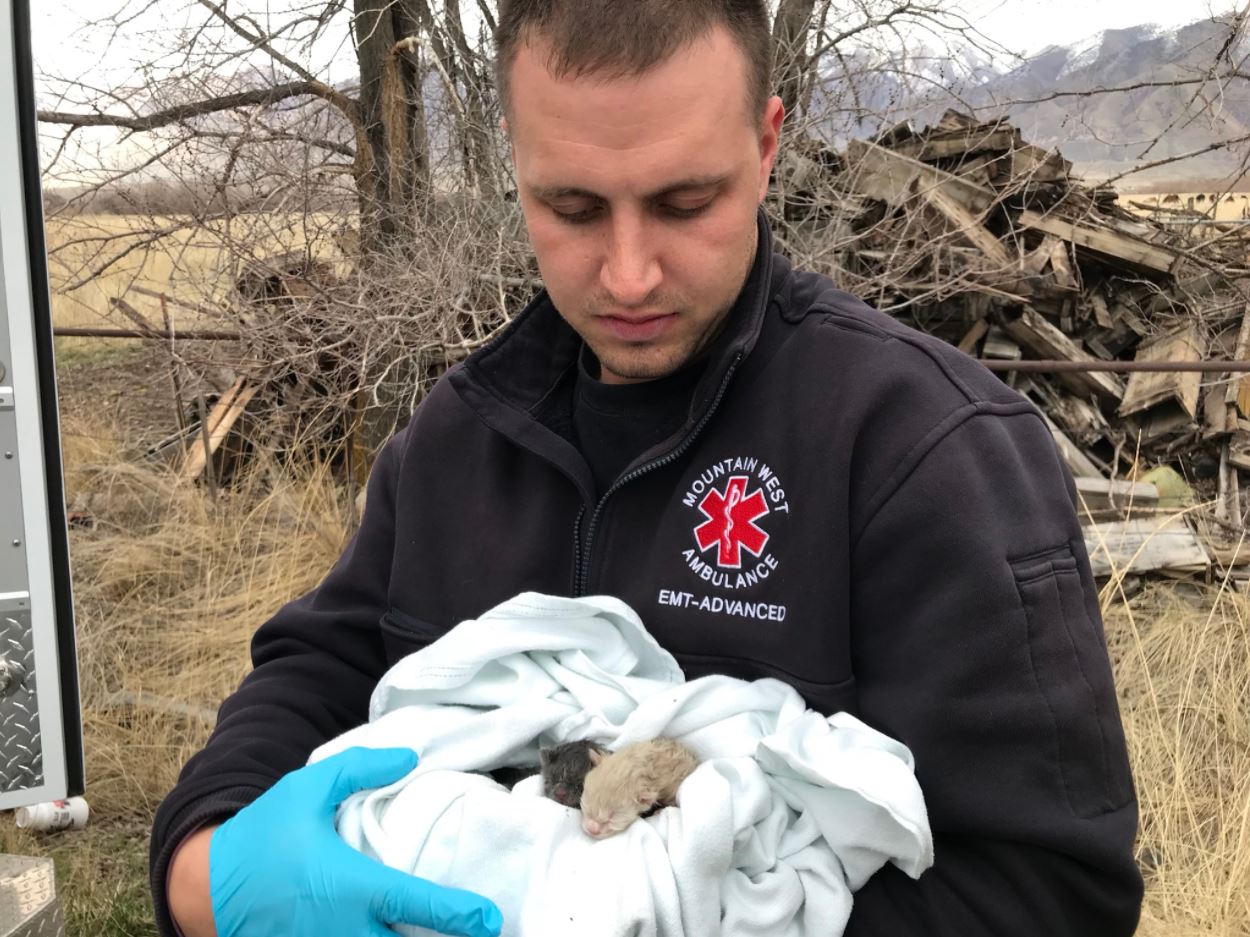 UPDATE: North Tooele Fire District has announced on Facebook that the seven kittens saved from the Erda fire have been euthanized.

“Update: it has been reported that these kittens were euthanized at the veterinary clinic that Tooele County contracts with for animal control,” North Tooele Fire District posted. “When our crews are on the scene of a fire, our priority is the fire scene, and our protocol is to manage the fire scene and to contact dispatch and animal control to handle any animal related inquiries. If you have concerns regarding the veterinary clinic that Tooele County contracts with, we encourage you to reach out to Tooele County, or the Tooele Veterinary Clinic directly.”

Fox 13 is working on reaching out to the Tooele Veterinary Clinic for more information.

Firefighters tweeted several photos of the rescued animals, saying “Sometimes it’s the little things that provide the most reward.”

Willden said the property is undergoing construction and a home was recently bull-dozed at the site. He said a worker was using a small stove in the detached shed to stay warm, and firefighters believe that stove started the fire.

The worker called in the fire and crews responded. Firefighters said they found the seven kittens in another nearby shed while putting out hotspots.

“He heard the kittens screaming loudly, and they were surrounded by embers,” Willden said.

Willden said the cats were not injured, just wet and in distress. Crews took the cats to an ambulance to help them dry off and warm up, and all seven were taken to Tooele Valley Veterinarian Clinic.