NORTHERN UTAH -- A Utah Highway Patrol trooper suffered injuries after he was hit while responding to a crash in Sardine Canyon Sunday.

While the canyon was closed in both directions due to the snowfall and the crashes, authorities stated at about 7:10 p.m. the canyon had re-opened.

Utah Highway Patrol confirmed around 5:40 p.m. that a trooper was hit while responding to an earlier crash and that his injuries are not life-threatening.

Lt. Lee Perry said the sergeant was responding to several crashes were cars had gone sideways and slid off the road, and at least one had rolled on its side.

"As he got out of his patrol car to walk up to check on the people, another car came up behind him, was going a little bit too fast, hit their brakes, slid sideways hitting my sergeant and then knocked him into another car," Perry said.

The trooper, Sgt. Cade Brenchley, suffered some broken ribs and a broken scapula. The trooper based in Cache County is a veteran with 13 years of service with UHP.

While it is unclear what caused the crashes to occur, troopers say the canyon has been hit by heavy snowfall. There were six or seven crashes in the area, UHP said.

UHP said they expect Brenchley will be released from the hospital on Monday, but Lee said Brenchley already has his sense of humor back and was joking about getting help for a paper due in a college course on Monday.

"I am so much happier right now that he’s got his sense of humor back and that he’s OK," Perry said. "Cade actually is a second generation trooper, his dad worked for the highway patrol for a couple of years and actually was a lieutenant in this area as well. His father knows very well about this profession and the dangers of this job."

The National Weather Service says the snow in northern Utah is beginning to move toward central Utah, though additional showers are possible overnight.

Snow gradually tapering off across N.Utah from west to east. However, some additional showers are possible overnight particularly south and east of the GSL. Meanwhile the snow is just getting started in Central Utah so use caution if traveling on I-15 by Cove Fort. #utwx pic.twitter.com/EkE9uooq5B 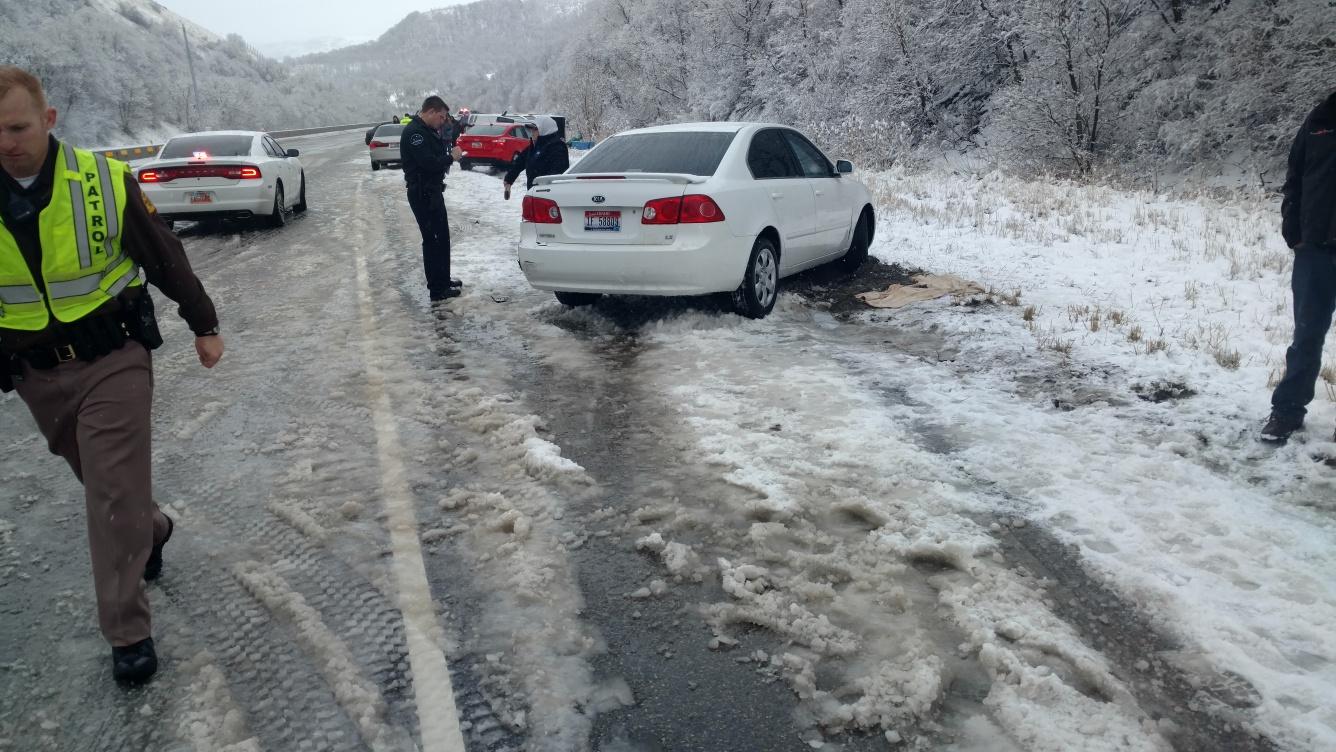