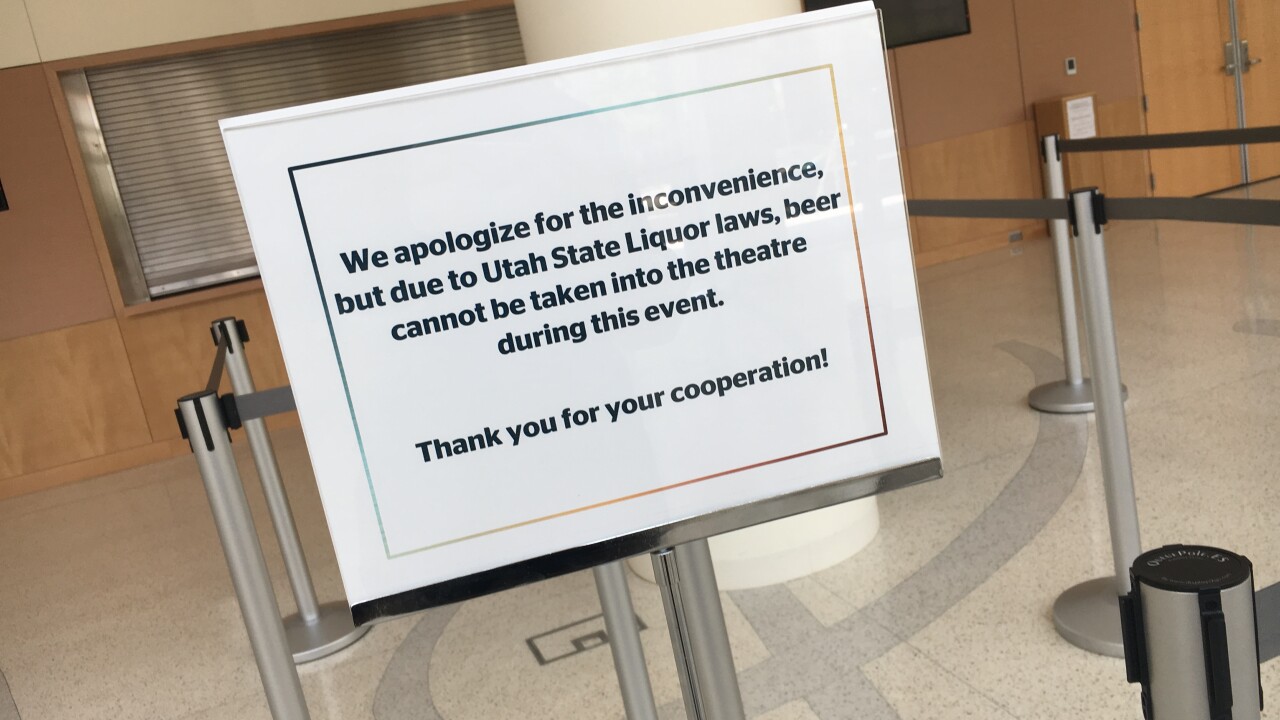 A sign in the lobby of the Eccles Theater informs patrons they cannot take alcohol into the theater itself for “The Book of Mormon” musical. (Photo by Ben Winslow, FOX 13 News)

SALT LAKE CITY — The next time the “Book of Mormon” musical comes through town, patrons won’t have to chug their beer before the show starts.

Utah’s Department of Alcoholic Beverage Control confirmed to FOX 13 that a newly passed liquor law makes it possible for people to drink while watching a play with sexual conduct or nudity.

The modification to the law stems from a lawsuit the movie theater Brewvies won against the DABC. They were threatened with revocation of their license for showing “Deadpool.” Utah liquor laws at the time prohibited licensees from showing full nudity, sexual conduct or anything like that.

The law was also the reason the Eccles Theater couldn’t let patrons take beer in to watch “The Book of Mormon.” The DABC found a workaround by asking patrons to drink in the lobby before heading inside.

Earlier this year, the Utah State Legislature passed a change to the law to comply with the federal court ruling over “Deadpool.” The DABC said the language also would apply to plays.

The law change does not apply to strip clubs.