Students at Layton school organize flash mob, sing ‘This is Me’ 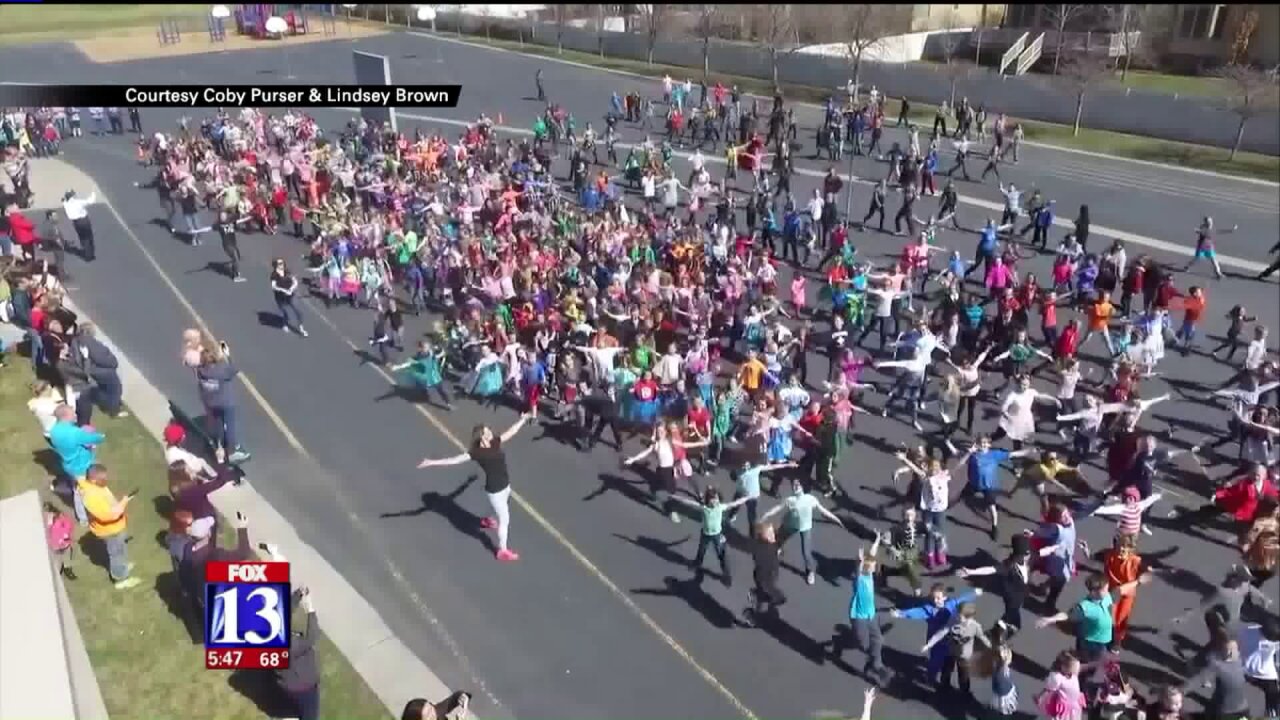 LAYTON, Utah -- Sand Springs Elementary celebrated the end of their reading month of March with a "flash mob dance" on the playground.

All of the students, from kindergarten and up, danced to a hit song from the movie “The Greatest Showman” on Friday.

The students have been practicing the dance moves for weeks and finally gathered to perform for their families.

“It was just amazing to see all these little bodies out here owning the words to this song and just expressing this message,” said Lisa Fullmer, a mother in the PTA. “It was just something I’ll never forget. We believe that by reading books and gaining knowledge we can fuel our dreams and we wanted to share that message with the kids.”

That message was received by the children Fox 13 News spoke with on Friday after the flash mob.

“My favorite part of the dance was that we just got to be ourselves and that was what the song was talking about,” said fifth grader Aubree Bowman. “It doesn’t really matter what other people think… I just think it’s important that we all be ourselves and that even though people are different, that’s OK because we are all different… I was encouraged because of reading month and the flash mob was about the reading month and the theme of it.”

Claire Jensen, another 5th grader, said: “I just like how we got to be ourselves and danced together."

Rylee Linton, another 5th grader, added: “My favorite part is just being with all my friends and just dancing."

Some children were a little uneasy dancing.

“I like to dance but just dancing in front of my parents is weird,” said third grader Max Leduc, who said he read for more than 150 minutes during the month of March at school.

The school applies a theme to each month to encourage the students to enjoy reading. This particular month they chose to end the month of reading with the flash mob dance.