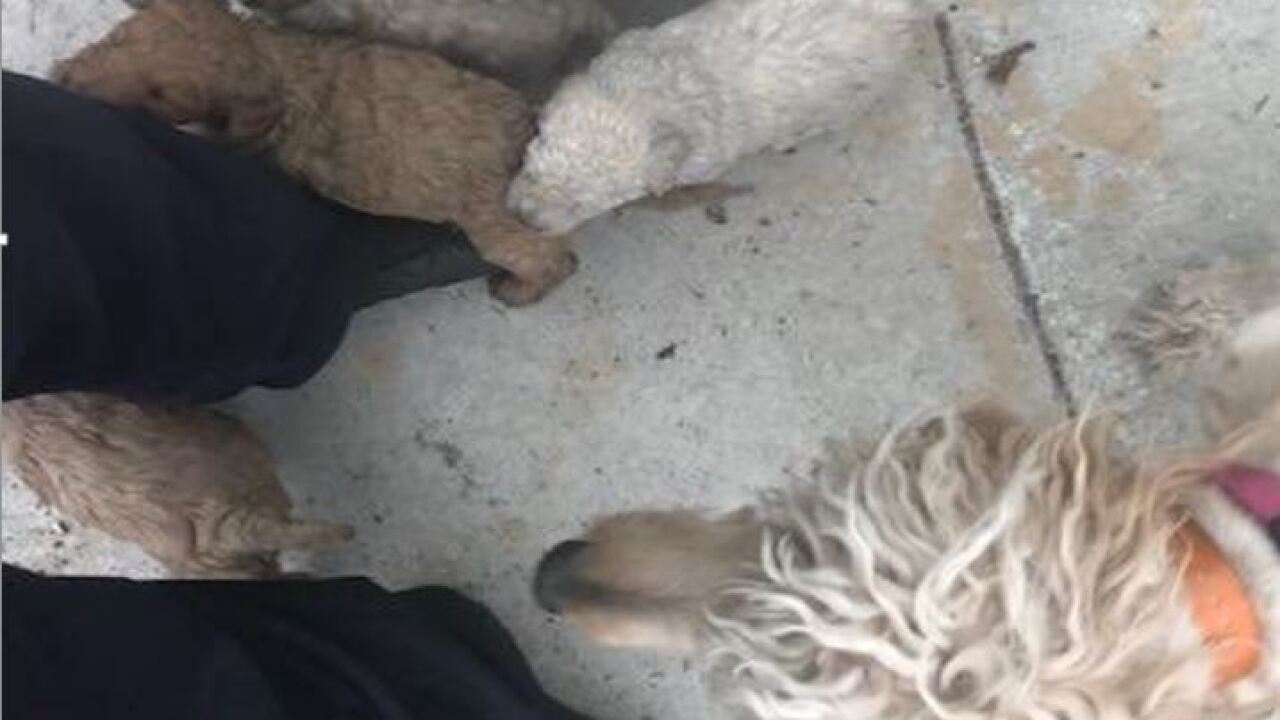 WOODS CROSS, Utah – The Woods Cross Police Department shared on Twitter Tuesday that a litter of puppies and their mother were rescued from a garage fire.

“Yesterday Off. Timothy responded with Metro Fire on a garage fire,” police wrote. “Inside was mom and her 8 pups.”

The department said that the animals were attached to Officer Timothy’s side, and it appeared that they had a, “new hero.”

Yesterday Off. Timothy responded with Metro Fire on a garage fire. Inside was mom and her 8 pups. As you can see in the picture mom and her pups have a new hero as they wouldn’t leave Off. Timothy’s side…. or feet 😁 pic.twitter.com/2i9APudAgb