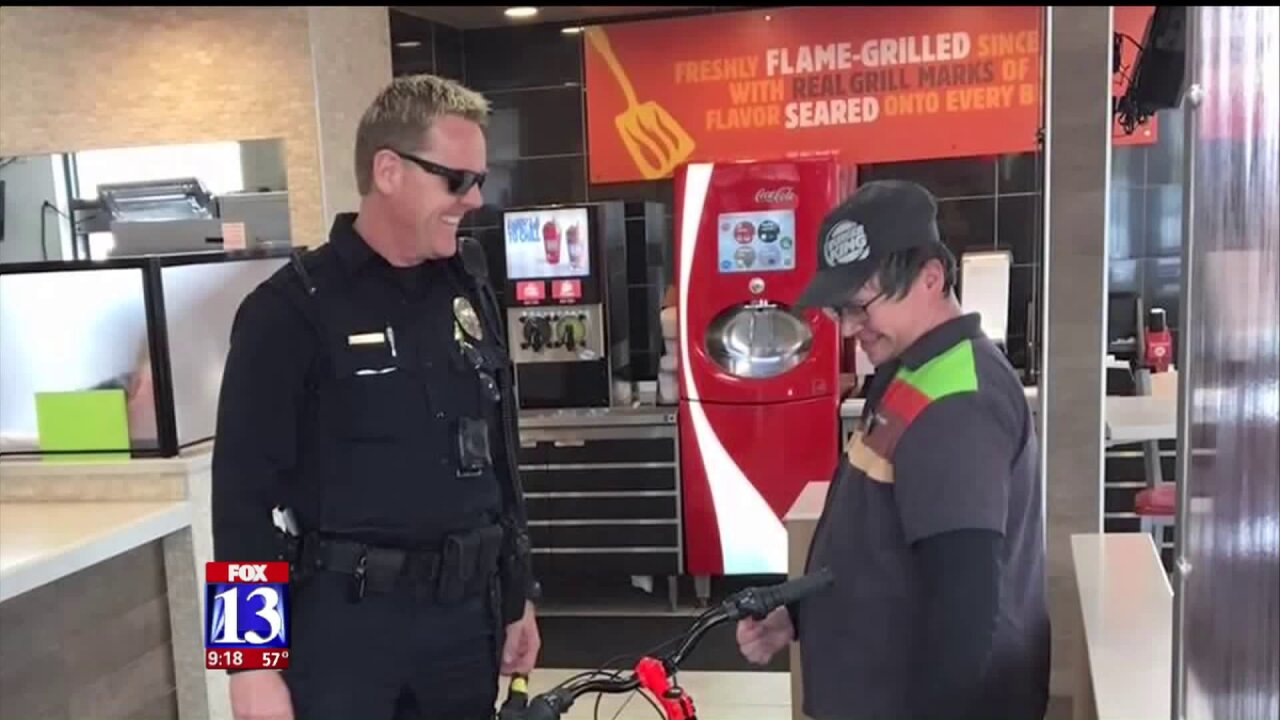 MIDVALE - It doesn’t take long being around Troy Roberts to feel his positive energy.

“I have Williams syndrome,” he pointed out. “It’s where kids like me go off the walls and go really hyper and laugh and giggle.”

It’s contagious. Watching him ride his bike and listening to him laugh and holler will bring a smile to your face.

That’s why it was especially sad when his bike was stolen away last month.

“I was really ticked off,” he admits.

Roberts works at a Midvale Burger King, where he earned Employee of the Month honors two months last year.

“He’s always here cleaning and making sure everything looks good for the customers,” said his coworker, Oscar Cuevas.

Oscar said a Cottonwood Heights Police Officer came in Wednesday. Apparently, he had been in once before.

“He was just talking to Troy and Troy told him about his bike," Cuevas said.

The officer left the store and later returned with a special surprise, a brand new bike.

“I was just doing my job and all of a sudden, they walked in and said, 'Hey Troy! I bought this for you,'” Troy said with a smile. “That’s when I looked around and said, 'Ohhh!’”

It was a moment that brought a smile to customers’ faces too.

“It was just a really cool moment,” said one customer, who snapped some photos to share with FOX 13.

Cottonwood Heights Police said the officer in question didn’t want to be identified, but they did confirm he used his own money to buy the bike.

“He’s a 38-year veteran and been on the job a long time,” said Lieutenant Dan Bartlett, with Cottonwood Heights PD. “He obviously thought it was really important, and it was.”