SPANISH FORK – A late night plane fire on Saturday might have cost the Spanish Fork airport hundreds of thousands of dollars.

Fire crews report that around 10:30 p.m. the plane caught fire in a hangar at the Spanish Fork Airport.

Firefighters estimate it took around an hour to put out the flames.

According to Sgt. Phil Nielsen with the Spanish Fork Police Department, the blaze was caused by a short in the plane’s battery charger.

The plane is considered a total loss and could cost the airport around $300,000 in damage.

Fortunately, police say, no one was in the hangar at the time of the fire. 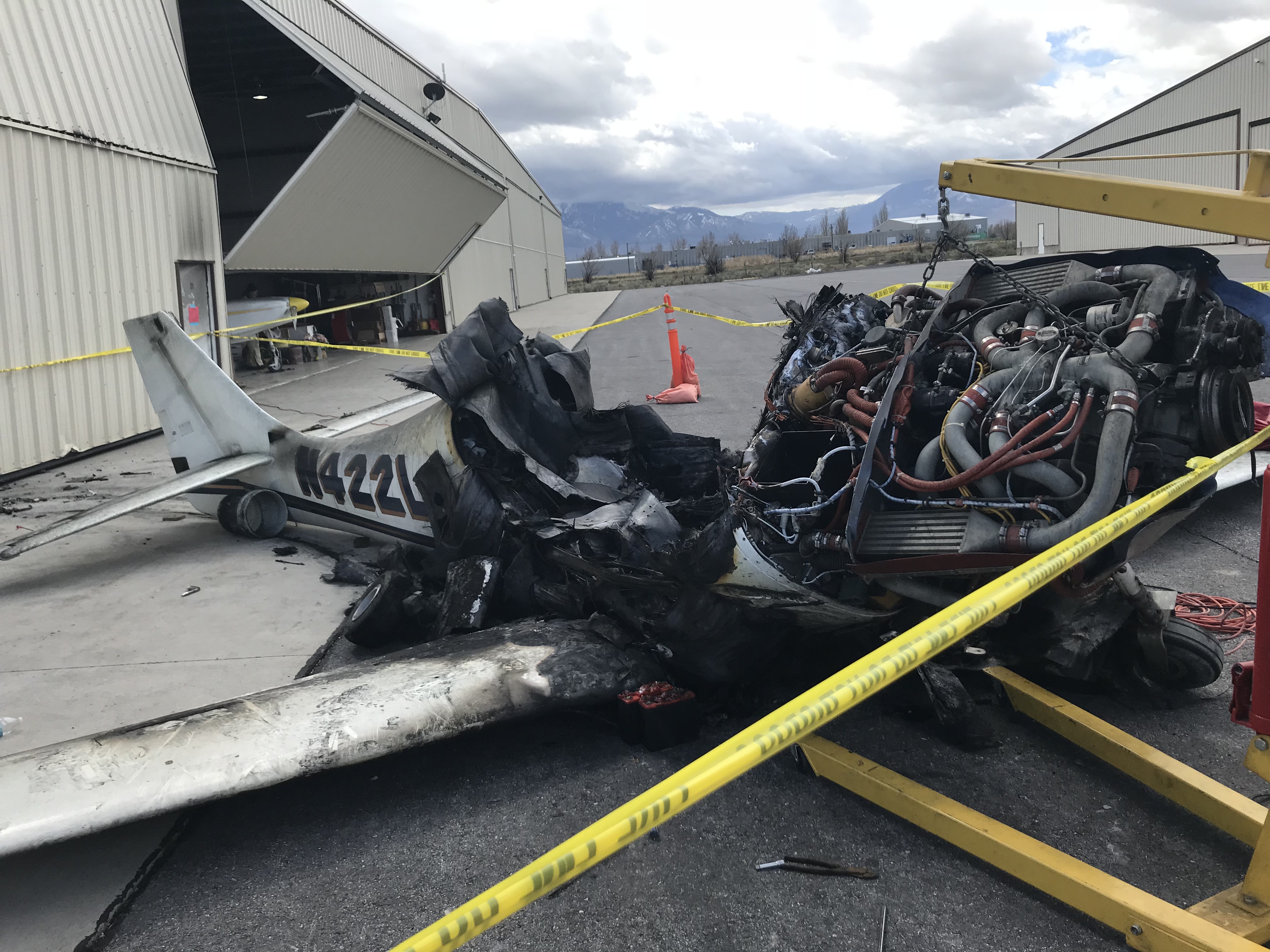