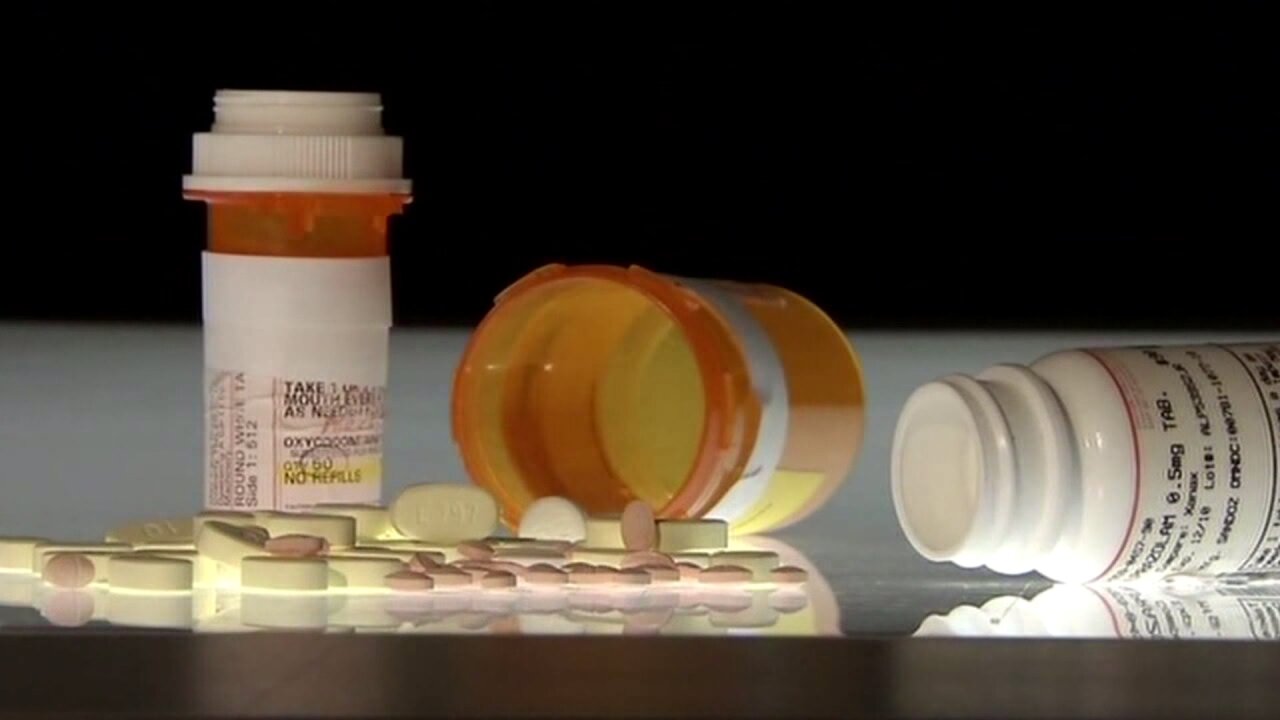 At a news conference Tuesday, Salt Lake County Mayor Ben McAdams, District Attorney Sim Gill and Sheriff Rosie Rivera announced the lawsuit. They accuse pharmaceutical companies of downplaying the risk of addiction to opioids, even as they heavily marketed the drugs to patients.

The lawsuit was filed in Salt Lake City's 3rd District Court, asking for a local jury to hear their claims. It did not specify a dollar amount in damages, but Gill told FOX 13 it would be millions of dollars.

The county alleges drug makers supplied nine out of every 10 Utahns with an opioid prescription. Gill said nearly half of all fatal opioid overdoses occurred in Salt Lake County (with 531 reported in 2014-2015).

County leaders laid a lot of the problems stemming from the heroin crisis and opioid epidemic at the feet of doctors and pharmaceutical companies. Sheriff Rivera said it has cost Unified Police millions of dollars in police and paramedic response to crimes and overdoses, jail beds, treatment beds and court costs.

"Our Unified Police officers every single day go on a drug overdose. The overdoses in our neighborhoods are impacting not just the person that overdoses, but the families. This is a long lasting impact," she said. "We have people who had a great life until they became addicted to opioids. That led to heroin addiction."

Mayor McAdams said it has cost taxpayers millions, but the human cost can't be calculated.

"These are people from every corner of our society," he told FOX 13. "These are college grads, PHDs, high school athletes whose lives are destroyed because of the practices of Big Pharma. That's the cost. The lives that are destroyed and it makes me angry."

Representatives of some of the pharmaceutical companies named in the lawsuit did not immediately respond to FOX 13's requests for comment.

"Our actions in the marketing and promotion of these medicines were appropriate and responsible. The labels for our prescription opioid pain medicines provide information about their risks and benefits, and the allegations made against our company are baseless and unsubstantiated. In fact, our medications have some of the lowest rates of abuse among this class of medications," Janssen Pharmaceuticals said in a statement.

Endo Pharmaceuticals denied the allegations and said it would also defend itself in court. The company also said it had already taken steps to combat opioid misuse by voluntarily ceasing promotion and eliminating its product salesforce.

It's the latest lawsuit leveled by counties against "Big Pharma." Summit and Tooele counties have announced their own lawsuits. Weber and Utah counties have contemplated litigation.

Utah Attorney General Sean Reyes has been pressured to bring a lawsuit on behalf of the state, but he has told FOX 13 he prefers working with a coalition of 41 other states on a massive piece of litigation. Reyes' office on Tuesday defended that effort.

"We are obtaining a lot of good information and there have been some reasonable settlement negotiations under way," said Spence Austin, the chief deputy of the Utah Attorney General's criminal division.

Still, Austin said, they would likely submit a bid request for outside counsel to bring a lawsuit on behalf of the state by the end of this week. Reyes previously told FOX 13 that a lawsuit has been drafted against Big Pharma, but he preferred settlement talks.

Austin cautioned that Salt Lake County's litigation could get moved to federal court and then swept up into a larger series of cases against Big Pharma.

Mayor McAdams said the state of Utah "has not led out." Gill said he believed Salt Lake County's lawsuit is good enough to stand on its own.

"We don't have the luxury to wait," Gill said. "We have lives that are being lost in our community."