Grandma, grandson arrested for DUI after fight leads to crash in Cottonwood Heights

COTTONWOOD HEIGHTS, Utah – A family in Cottonwood Heights is assessing the damage after a drunk woman, and her even drunker grandson, crashed their car through the backyard.

A fence, a road sign, a tree and a planter all stood between a drunk driver’s car and the Seaman family’s Cottonwood Heights home.

It happened around 10:45 p.m. Wednesday on Fort Union Boulevard.

Police said 65-year-old Vickie Robinson was driving down Fort Union Boulevard with her 20-year-old grandson, Alexander Robinson, in the front seat and both were well over the legal limit.

“The grandmother and grandson were having an argument at that point in time, and the passenger—the grandson—reached over and grabbed the steering wheel and gave it a yank,” said Sergeant Gary
Young with the Cottonwood Heights Police Department.

“You can see the point of impact right here for the tire, and that’s what jettisoned it right into the backyard,” said Seaman, pointing out the mark on the sidewalk.

Seaman’s 9-year-old daughter was the first to hear the crash, and she woke her parents.

When Seaman went to see what happened, he saw the drunk driver’s car in his back yard.

“When you first wake up and see a car that’s right over your daughters window down in the basement, it’s pretty alarming,” he said. “I mean her rooms right there, that’s her bedroom window and the car was cantilevered over that,” he added pointing to the window shaft.

Police said a jogger was also involved. She was running on the sidewalk and was almost hit in the process.

“Her life was inches away from ending when a car swerves off the road without braking,” Young said.

Something Seaman said the 20-year-old grandson didn’t seem to acknowledge.

Both the grandmother and her grandson were arrested and charged with driving under the influence.

Alexander Chase Robinson was not in the driver’s seat, however, police said by reaching over and yanking the wheel he was then in control of the vehicle and could be charged with DUI. He was three times over the legal alcohol limit, with a BAC of 0.229. 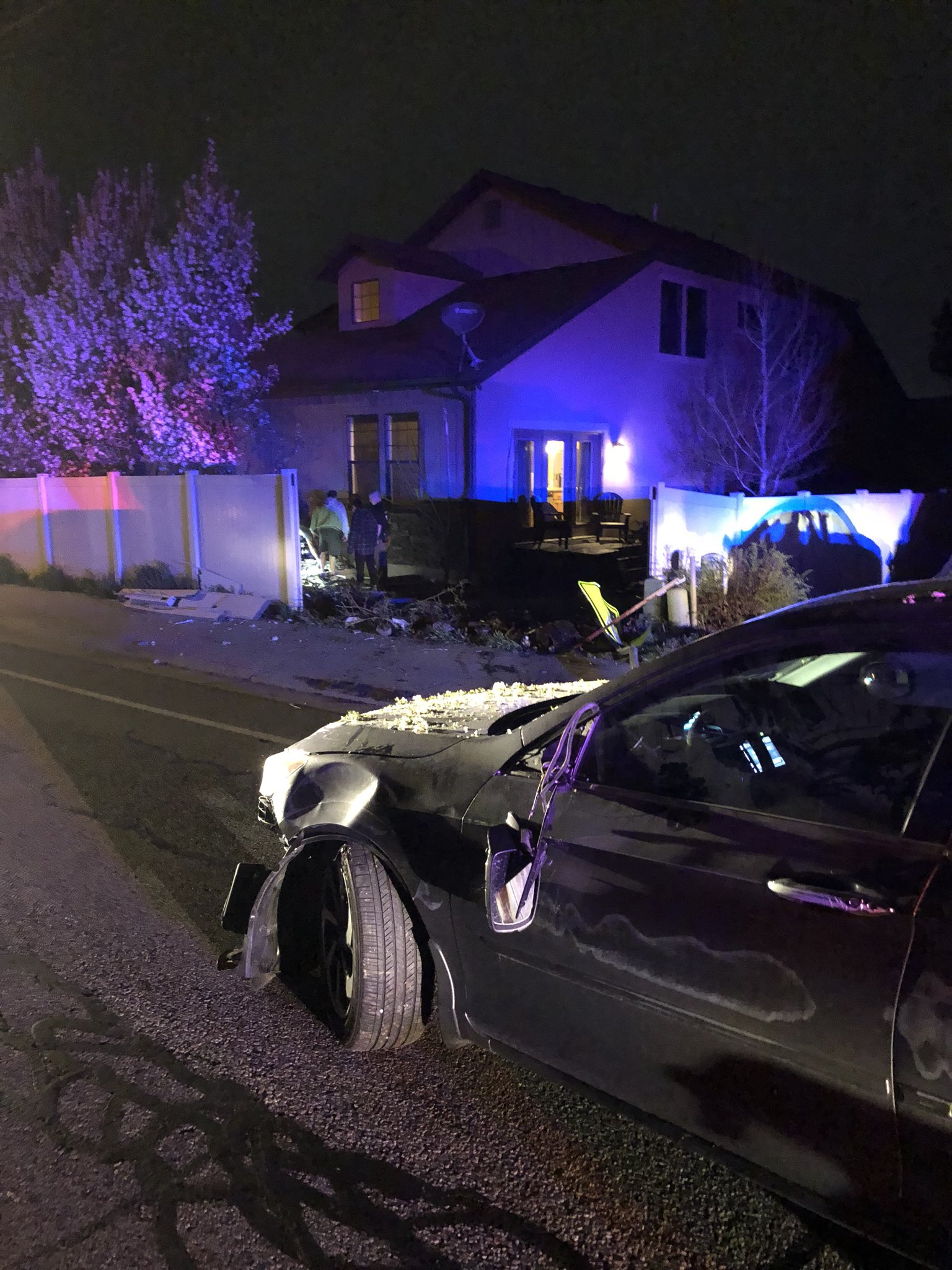