Strange string of events leads to arrest for burglary, arson in Cedar City

CEDAR CITY – The Iron County Sheriffs Office responded to a strange turn of events Saturday night after what started as a burglary turned into a case of aggravated arson.

Deputies received the report of a burglary in progress around 11:35 p.m., where residents say 49-year-old Michael Cross was in their backyard off 3600 South and Tipple Road near Cedar City, “removing items from a shed.”

Before law enforcement even arrived the homeowner, who had a gun, managed a citizen’s arrest; coaxing Cross to get into his car.

“The suspect did cooperate with the home owner and he was able to talk to him and talk him into getting into his vehicle to be brought here (Iron County Sheriff’s Office),” said Lieutenant Del Schlosser with ICSO.

Cross had already been handed over to the deputies, when they received another call reporting a house fire back on Tipple Road, right across the street from the shed burglary.

Around 12:06 a.m. deputies and fire crews arrived at the blaze, however, they found the home completely engulfed.

ICSO said the home was an unoccupied vacation home, so authorities were not alerted until flames were actually exiting the house.

”Due to the relationship of the two locations, that was the first indication that they may be related,” Schlosser said.

Officials said Cross broke into this house well before he broke into the second home. Cross stole things and then used some type of accelerant to torch the place. That’s of course before he went across the street to steal more.

“He did take some items from that house over to the second residence and that is also part of that connection in linking the two together,” Schlosser said. ”He was very busy in that area,” he added.

In an interview with authorities, Cross admitted to setting the house on fire.

At this point, it does appear drug use was involved, according to Iron County Sheriff’s Office.

“It’s very odd, not normally do we find someone who sets a house on fire and then goes to a neighboring house and burglarizes it and tries to steal things from it as well,” said Schlosser. 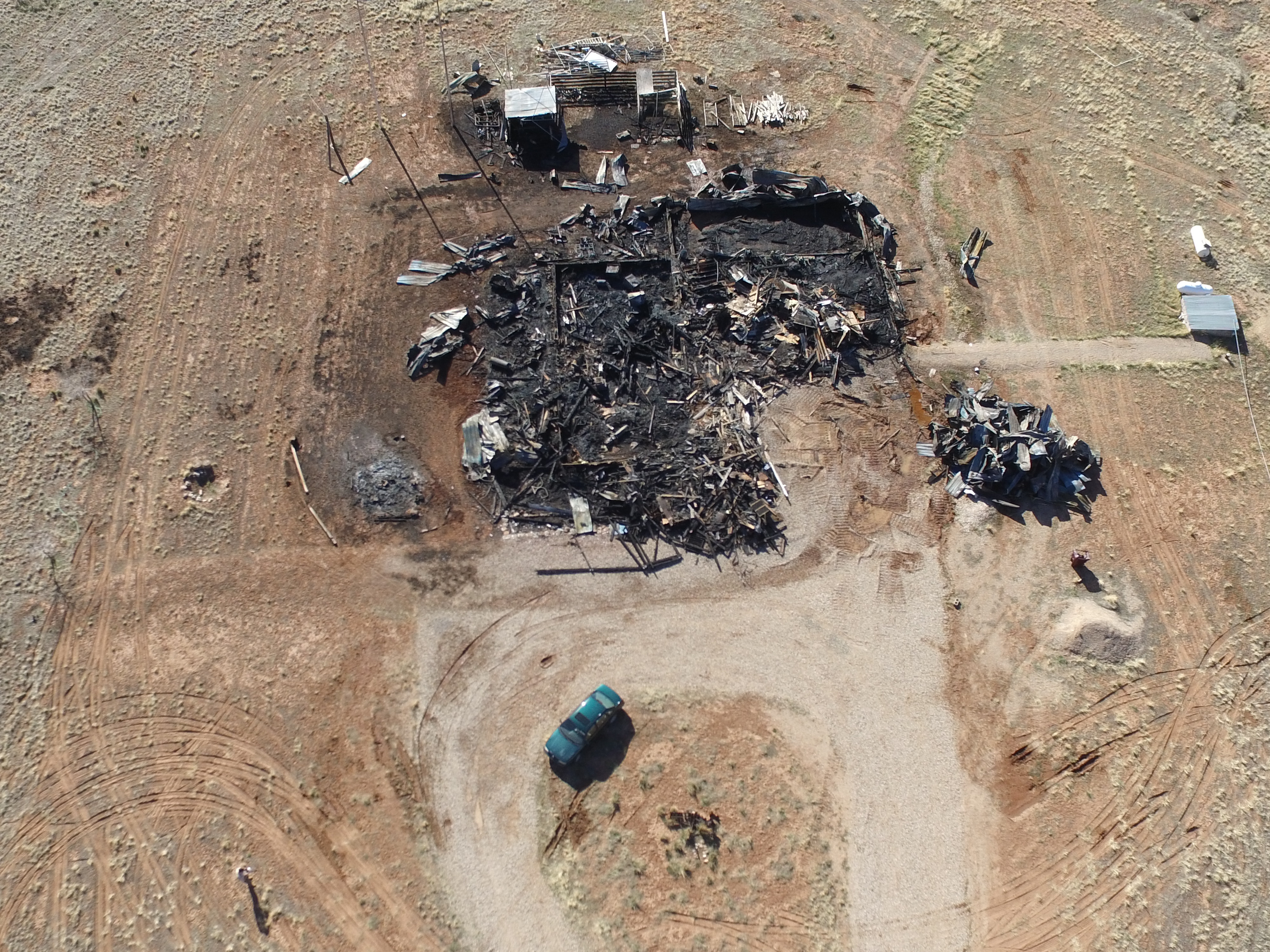