PROVO, Utah – The Provo Police Department asked for the public to submit potential leads on the disappearance of Elizabeth Salgado, and announced that the case is still being investigated on the third year anniversary of the 26-year-old being reported missing.

Salgado was last seen leaving a class at the Nomen Global Language Center in Provo. Salgado had been living in Provo for three weeks before she disappeared somewhere along the 18-block walk to her apartment from the language center.

The Provo Police Department stated that it continues to follow up on every tip and lead they receive about Salgado’s disappearance.  Police said none of the tips they had received have led to any leads.

“We remain hopeful that someone with actual knowledge of Elizabeth’s location will point us to her,” the police department wrote.

The original investigator of Salgado’s disappearance, Detective Darren Ringel, recently retired from the Provo Police Department, but the case has since been reassigned to Detective Nick Patterson.

Police said there was “no credible indication during the last year or since her disappearance” that Salgado was in contact with her family and friends, or accessed her cell phone or social media accounts.

“We are mindful of the pain Elizabeth’s disappearance has inflicted on her family and on the community,” police wrote. “The best service we can render is to continue a careful investigation focused on Elizabeth’s recovery.”

What are the basic facts of the case?

Elizabeth Salgado was last seen on Thursday, April 16th, at 1:30 PM, leaving the Nomen Global School at 384 West Center Street in Provo. Since that time she has not been back to her apartment, shown up for work, or contacted any family members.

Who is Elizabeth Salgado?

Elizabeth is 26 year old student who came to the United States to learn English. She worked as a waitress and was an active member of her church. She had recently completed a church mission, just a few months prior to her disappearance. Elizabeth is approximately 5’5” tall, 120 lbs, long black hair, and brown eyes.

What do we know about her? What kind of person was she? What were her interests, her habits, etc.?

She was somewhat reserved in face to face situations, however she was active on social media. While here in Provo her habits consisted of attending school, church, and exercising alone. We know she studied regularly and had recently started a new job. She maintained contact with her family in Mexico but didn’t have any close associations here in the United States. Some of her classmates invited her to go to dances and other social activities, however she declined all invitations.

What was she doing in Utah? How long had she been in Provo?

She lived in Provo for 3 weeks and was attending school to learn English.

What were the circumstances of her disappearance?

She left class at 1:30 PM and sent a text to her sister in Mexico that she was on her way home. She left the school walking northbound on 400 west, which was her usual route walking home. The last witnesses, some classmates, reported seeing her at 100 N 400 W. Elizabeth has not been seen or heard from since. Since this time she has not contacted her family, and there has been no activity on her cell phone, bank accounts, social media, or email.

As far as you have been able to ascertain, what were Elizabeth’s movements on the day she disappeared?

We know she attended school that day until 1:30 PM and left there on foot. She had plans to go WalMart later that evening with her Uncle at 5:30 PM

As far as we know, who was the last person to see or hear from Elizabeth?

The last ones to see her, were three classmates who saw her approximately a block away from the school walking toward her apartment. The last one to hear from Elizabeth was her sister, who received a text from Elizabeth telling her she was on her way home.

Who reported her missing, and when?

Elizabeth’s Uncle Rosemberg Salgado, who lives in California, reported her missing the next day, Friday, April 17th, at 2:09 PM.

When a young woman is reported missing like this, what are the first things law enforcement does?

In this case patrol officers checked her apartment, her work, and school. They also attempted to ping her cell phone to get a location however it was already turned off at this point. The officer then entered Elizabeth in the National Crime Information Center database as a missing person. When these efforts proved unsuccessful he called detectives who then took over the case.

Are there any typical scenarios? Where do you begin to look when a young woman goes missing? How do these cases typically resolve themselves?

In the last year we have received 209 missing person reports. The vast majority of these cases resolve themselves when the missing person returns. In most cases, when we conduct an investigation there is some indication as to what most likely occurred. This case is unique in that there are no indicators as to what occurred.

On the face of it, was there anything atypical about this case? Any immediate red flags?

The case was concerning from the outset because Elizabeth mysteriously stopped communicating with her family, stopped using social media, and had no activity on her cell phone, email, and bank accounts. All of these behaviors were very atypical for Elizabeth.

Did family and police ever consider that she might have run away or “disappeared herself?” Why does this seem unlikely?

This is one of many scenarios that we have investigated. At this point we are not labeling any potential scenario as “unlikely” because we are still investigating all tips and possibilities in an effort to locate Elizabeth.

Were there any initial theories about what might have happened to Ms. Salgado?

Because of the concerning nature of the case, we assigned our entire detective division to work on this as their top priority. We have also received help from the FBI, the Attorney General’s Office, Homeland Security, Mexican investigative authorities, Interpol, and numerous local agencies. This response enabled us to assign detectives to investigate any number of potential scenarios ranging from abduction to self-selection. To ensure a thorough investigation, we have intentionally avoided a myopic focus on one theory and are investigating all possibilities.

What did police have to go on? (Information, clues, hunches, etc.)

Essentially what we have is a mysterious disappearance. The atypical behavior is what alerted us to the case itself, and that essentially is what we have to go on. The lack of activity are the clues we have, and unfortunately those clues do not point us in a specific direction as to where Elizabeth is. We have uncovered a wealth of information as to who she is and what she has done up to this point. But after thousands of investigative hours, including sending a detective to her hometown in Mexico, and hundreds and hundreds of tips, the frustrating part is there is no concrete fact that points to Elizabeth’s current whereabouts.

According to her cell phone records, the last activity shown on Elizabeth’s cell phone was from a tower near her school and home. In her short time here, that small area encompassed all her activity. The narrow time frame has allowed us to be specific in our area canvasses.

How does that make the case more or less challenging?

Initially it makes a case seem less challenging in that you have a relatively small area to canvass and search. However, after several searches and canvasses by detectives, multiple volunteer searches involving hundreds and hundreds of people, and searching the entire area with trained dogs, the lack of results becomes frustrating. The lack of cell phone activity outside of that area is challenging as well because if we had received information that the phone was active outside her normal area of operations, that would have been a potential indicator of something suspicious and would have given us another direction in the investigation. Since the initial area has not provided any concrete clues, by necessity, and because she was only here for three weeks, that area has expanded exponentially, to include her hometown in Mexico, and interviews and searches of over 300 faculty and students of Elizabeth’s school.

Tell us a little about the exhaustive and on-going efforts the Provo police have put into finding Elizabeth? (Leads/tips followed up on, searches, interviews conducted, lie detector tests, if any, etc.)

Interview over 300 faculty members and students at Elizabeth’s school, sex offender checks, multiple searches and canvases of the area Elizabeth walked and frequented, camera checks along that route, dogs, NCIC entry, SIAC entry, BOLO issued, Immigration flag, contacted and interviewed all social media acquaintances, RMIN suspect and victim profile, interviews and backgrounds on all known associates, full investigation on hundreds and hundreds of tips, retired FBI profiler reviewed the case, other agencies input to ensure we are doing everything we can, sent detective to Mexico.

What (if anything) has been particularly baffling or frustrating about this case?

No concrete indication that she left willingly, however she was self-assured and wasn’t afraid to tell people no which makes the abduction scenario also seem problematic. Adding to that she was somewhat reserved and regularly refused rides from people she knew so it was unlikely she accepted a ride from a stranger. Also, her regular walking route was along a road that has very high pedestrian and vehicular traffic in the middle of the day. The fact that we didn’t receive any calls about a suspicious incident at the time she disappeared is baffling.

Do you have any theories (that you are free to discuss) about what might have happened to Elizabeth Salgado?

We are intentionally avoiding a myopic approach toward any particular theory on what might have happened. To ensure a thorough investigation we have to asses every possibility and investigate every lead. We have to go where the evidence leads us because that is our best chance at finding Elizabeth.

What theories/scenarios have police investigated and discarded?

We are intentionally avoiding a myopic approach toward any particular theory on what might have happened. To ensure a thorough investigation we have to asses every possibility and investigate every lead. We have to go where the evidence leads us because that is our best chance at finding Elizabeth.

Would it seem reasonable to assume that someone out there knows something about what happened to Elizabeth but hasn’t come forward?

What would you say to that person? 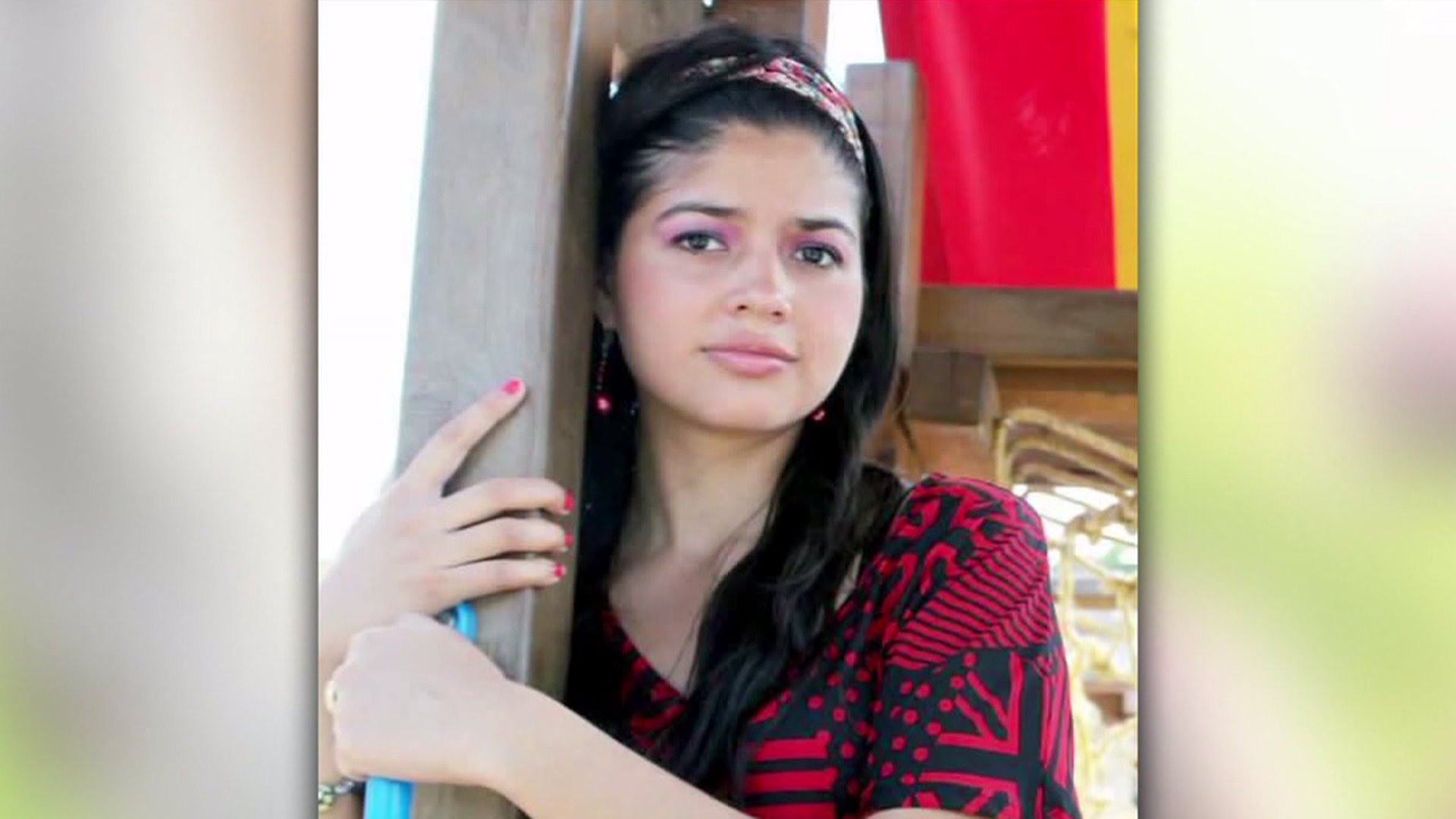