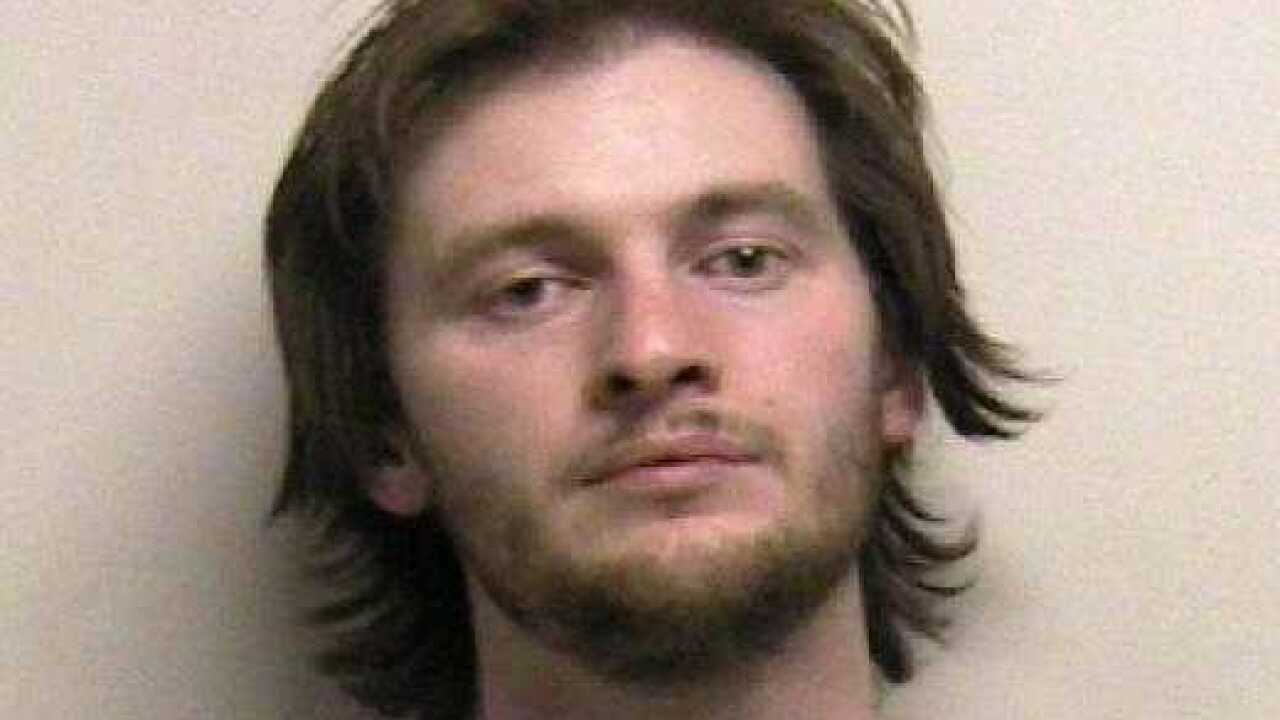 Mitchell Dean Kuhni charged after police say he ‘vomited up’ 33 bindles of heroin.

According to an inmate booking sheet and a probable cause statement, police were dispatched to 930 south State Street in Provo just before 11 p.m. Saturday night on a complaint of a man smoking heroin.

Mitchell Dean Kuhni charged after police say he ‘vomited up’ 33 bindles of heroin.

The suspect’s wife told officers she and Kuhni had argued, and he busted a door and a frame in the house and then locked himself in a bathroom and began smoking heroin.

When an officer knocked on the bathroom door, Kuhni said he would be right out.

After several minutes during which time officers heard sounds of a toilet flushing and a faucet running, Kuhni exited the bathroom.

Almost immediately, officers noticed the man did not appear well and walked him back into the bathroom where he threw up seven black bindles into the toilet, which later field tested positive for heroin, according to charging documents.

Kuhni then threw up 26 more bindles into a container placed in front of him.

In all, 36 bindles of heroin were recovered and Kuhni was charged with third degree felony possession of a controlled substance with intent to distribute as well as two misdemeanors for criminal mischief and tampering with evidence.