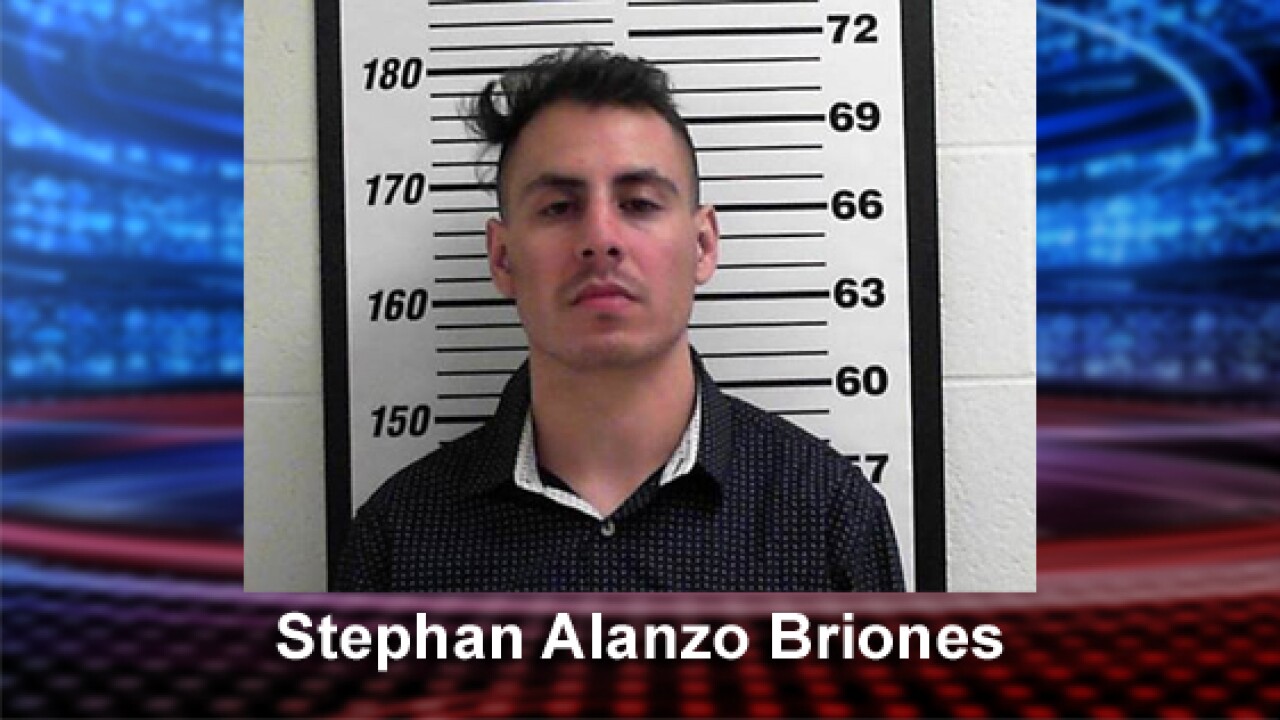 WEST BOUNTIFUL, Utah — Officers arrested a man early Sunday morning after he crashed a vehicle into a West Bountiful home and caused injury to an infant girl sleeping in her crib, according to police.

According to a probable cause statement, an officer with North Salt Lake Police saw 25-year-old Stephan Alanzo Briones driving on Redwood Road at speeds in excess of 100 mph. Police tried to set up a roadblock at 500 S and Redwood Rd, but Briones had already passed that location.

Police from Bountiful, West Bountiful and North Salt Lake then responded to a report of a vehicle that had crashed into a home near 1800 W and 400 S in West Bountiful.

The infant was taken to Primary Children’s Hospital, where a doctor said she may have suffered a mild concussion, but no severe injuries, the statement said.

Police conducted field sobriety tests on Briones and placed him under arrest. Briones admitted to drinking alcohol and consented to having his blood drawn for chemical testing, the statement said.

Police said they found a loaded gun in Briones’ vehicle.