SALT LAKE COUNTY, Utah -- Three separate crashes all at once in the same section of I-15 north Thursday evening sent a handful of people to the hospital and led to the shut down of several lanes of northbound traffic near 8600 South.

Sgt. Scott Attridge with the Utah Highway Patrol indicated in all, nine vehicles ended up a part of the mess. He said two vehicles were involved in one crash, two in another, and five others became a part of the third crash, including the UTA bus.

Two men who said they had just been rear-ended in their truck recounted witnessing the crash involving the UTA bus.

"One lady got rear ended, shoved into the bus, the bus flipped on its side-- and slid all the way across the freeway," Darren Bloomfield explained.

Richard Brade said he immediately recognized the bus as a UTA 'Flex' bus, and knew what that might mean for any passengers on board.

"Usually if there's...those types of buses on the road, they have a bunch of kids in it or older disabled people that can't get out," he said. "That was our concern."

The two said they jumped out of their rear-ended truck to help. "That was our first response," Bloomfield said. "Just jump out of the truck and go start unloading that bus, make sure everybody was okay."

Luckily, they said only the driver, a woman, was on board and they said she appeared to be okay.

Carl Arky, a UTA Spokesman, confirmed the driver of the para-transit vehicle was the only person on board. The driver, along with a total of five passengers in the other vehicles involved, had been taken to hospitals to be evaluated, Arky said.

Sgt. Attridge said all five who ended up in the hospital experienced minor injuries, with the most serious injury being a broken wrist.

He said UHP was still investigating who caused each of the three crashes.

Brade and Bloomfield said they're relieved no one was seriously hurt.

He did say that the person who rear-ended them took off, turning their crash into a hit-and-run. The two said they hoped police would be able to find the driver responsible. 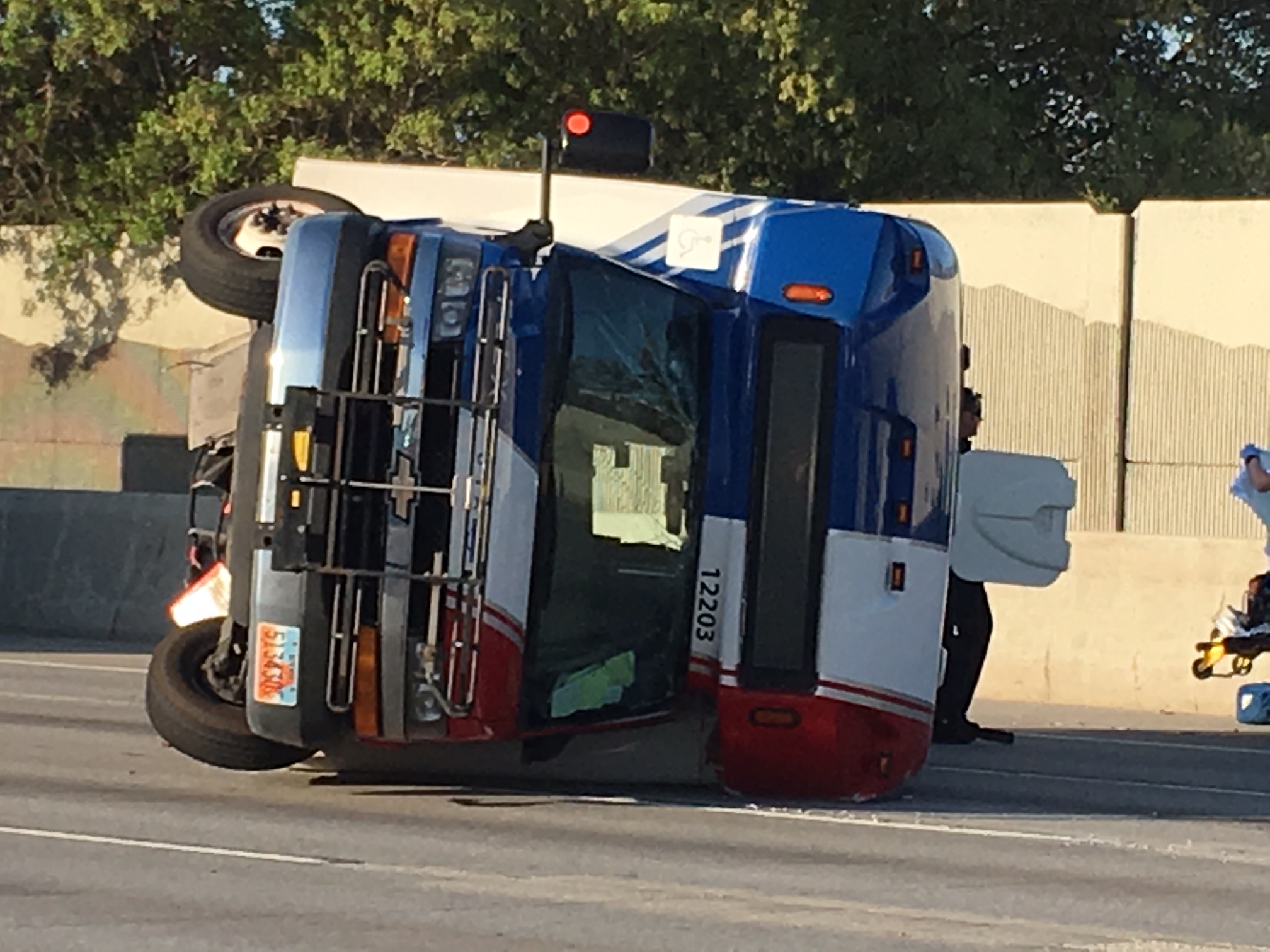