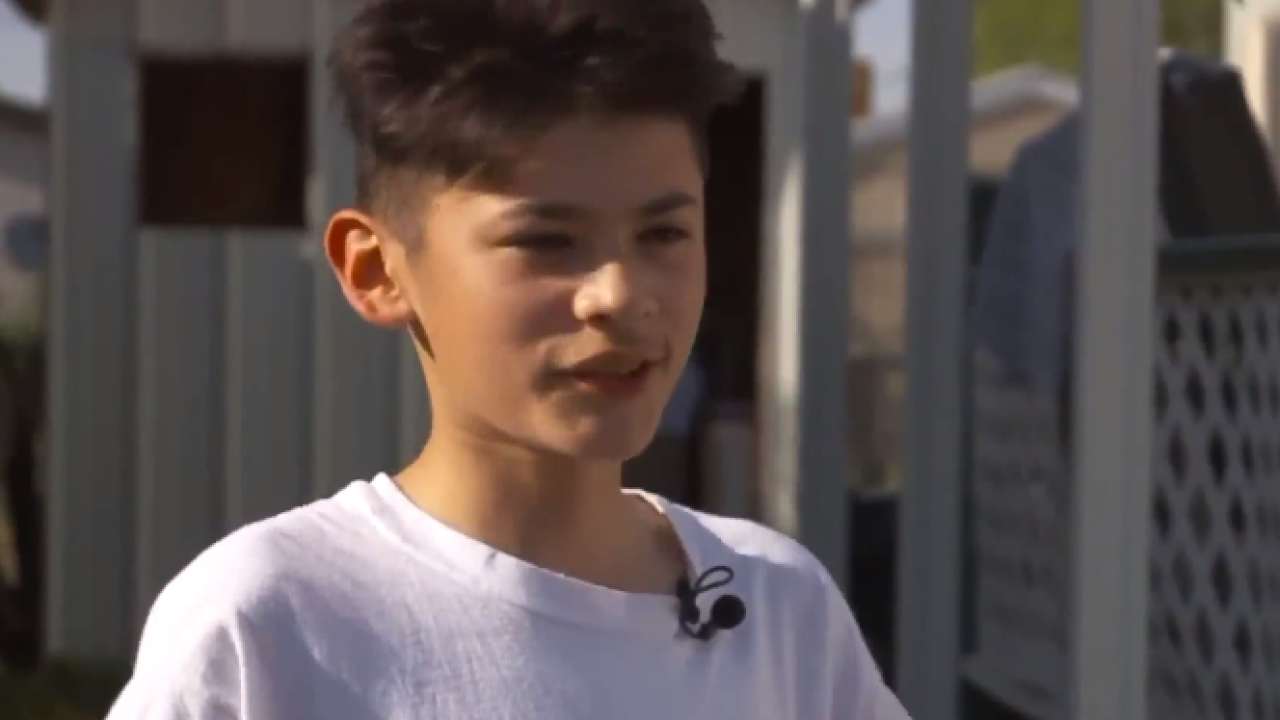 According to a news release from West Valley City Police, the mother of some of those children reported the discovery of the remains to police on April 22.

"The mother said that her children play with a group of kids, ages ranging from 5 to 13 years old, and that they had seen this a week prior and had just told her," the news release said.

Officers responded to the canal, in the area of 2700 S and 2500 W, and observed what appeared to be human remains caught in a debris pile in an aqueduct  where the canal goes under I-215.

"It was all covered, all you could see was two legs and shoes," said 14-year-old Travis Coronedo Alba, who was among those who made the discovery.

He said at first they weren't sure what they found.

The children rushed out of the canal after making the find and told their parents. One mother said she was doubtful at first but called 911 after going out to take a look for herself. She told Fox 13 that police told her the man's head and arm were missing and that the body had likely been there for weeks.

Members of the Utah State Dive Team recovered the remains on the morning of April 23.

Police said the remains appear to belong to an adult male, and officials with the Utah State Office of the Medical Examiner are working to determine the identity.

Detectives, with the assistance of the Carbon County Sheriff's Office Cadaver Dog Team, searched the canal for further remains on April 25, but were unsuccessful, the news release said.