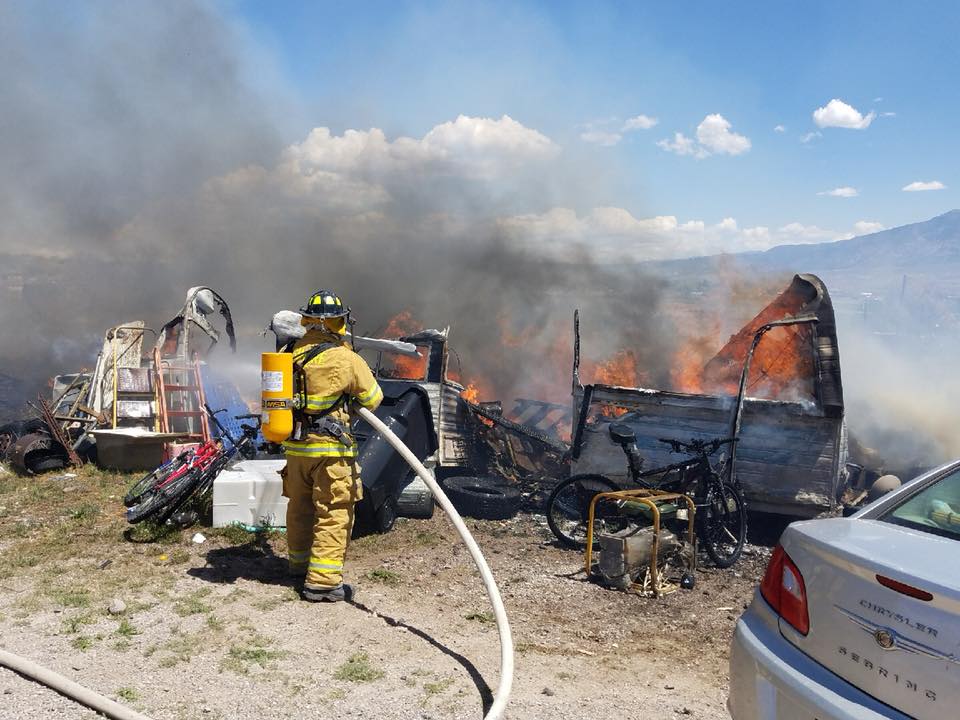 SEVIER COUNTY, Utah — High winds re-ignited a fire near Old Sevier Highway in Elsinore Saturday, and firefighters say one home is threatened and several neighboring residences have been evacuated.

According to the Sevier County Sheriff’s Office, high winds re-ignited several hot spots from a fire that originally broke out Wednesday.

Authorities say one residence is threatened by the fire and several neighbors have been evacuated. The fire has ignited some fences and sheds in the area.

Crews from Elsinore Fire Department are responding along with Monroe and Richfield fire departments.

Old Highway 89 is closed in the area, and the smoke has slowed some traffic on I-70. Citizens are encouraged to avoid the area as crews battle the blaze.

Sevier County Sheriff’s Office said Wednesday the initial fire began when someone was conducting a burn a long some canal banks and left the fire unattended. The blaze spread and ignited an old shed and an abandoned mobile home that was on the property to be dismantled.

The individual in question was cited for reckless burning. His or her identity has not been released.