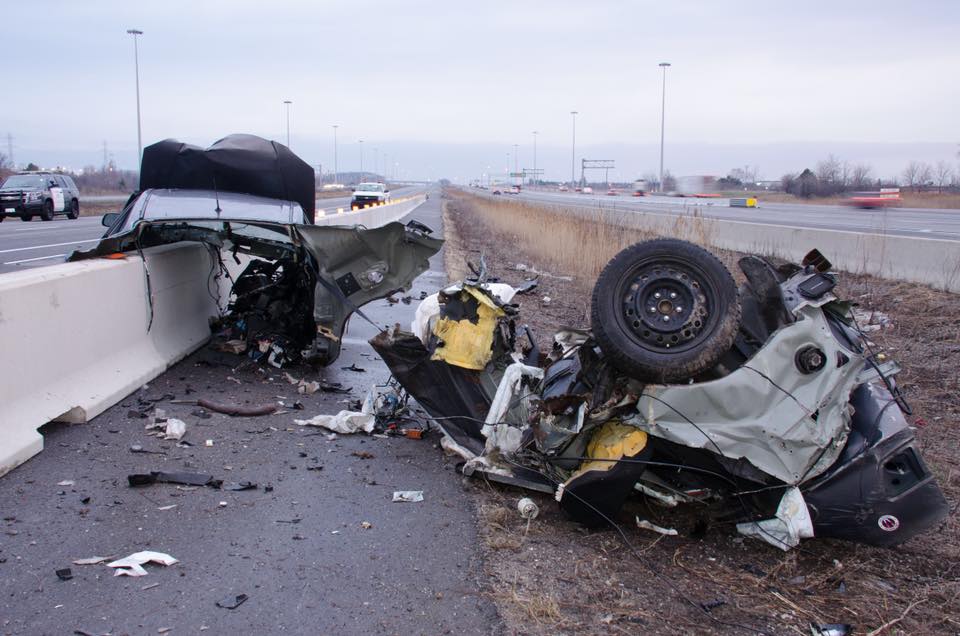 ONTARIO — A police officer in Canada posted several photos of a wrong way crash, saying they “send a sobering message of the consequences” of traffic collisions.

Sgt. Kerry Schmidt of the Ontario Provincial Police posted three photos Saturday of a fatal crash on Highway 403 and Eglinton Avenue in Mississauga.

Schmidt says a wrong-way vehicle collided with a cement barrier, and the photos show the frame of the car wrapped around that barrier. The 29-year-old male driver was killed in the crash.

Sgt. Schmidt acknowledged that some might find the photos upsetting but said he hopes people will understand his intent was to inform rather than sensationalize.

“I know that strong emotions have been evoked by some people who have seen these images. These pictures were taken only after the deceased was removed from the scene.

I have been a police officer for approximately 18 years and I have never witnessed a single vehicle wreckage as dramatic as this one.

I have spoken to the family of the deceased and other people taken aback by the images. These pictures clearly show the brutal reality of what a traffic collision may result in and send a sobering message of the consequences.

The images may be difficult to see, but I do hope that you will understand these images were not posted to exploit or sensationalize the collision.

My deepest condolences to the family and friends of the victim.