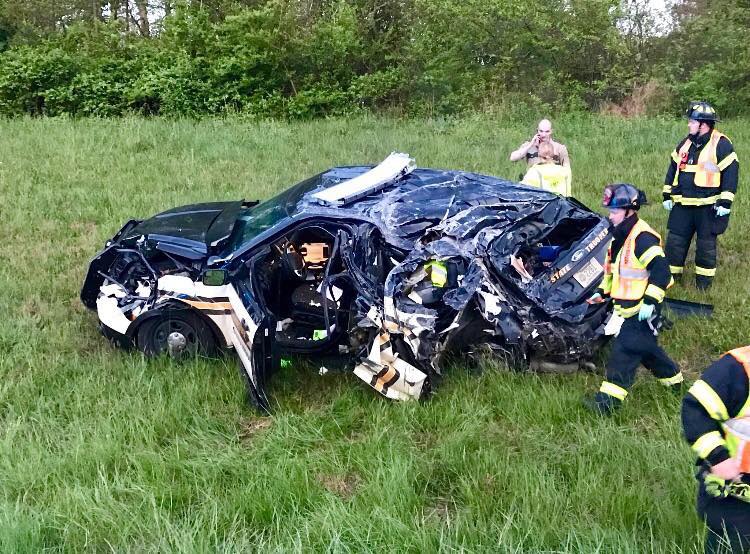 Tennessee Highway Patrol posted several photos from the crash along with this caption Saturday:

“This exactly why we stress move over! Earlier today one of our troopers was struck by a driver who violated the move over law! Thankfully he will be okay. If you cannot tell what the vehicle is, it is a Ford Explorer.”

According to the Tennessee Department of Public Safety, the crash occurred Saturday on eastbound I-24 and involved a Tennessee Highway Patrol vehicle, a Coffee County Sheriff Department patrol vehicle and a tractor-trailer.

Tennessee passed the “Move Over Law” in 2006, which requires motorists to move over into the adjacent lane of traffic, when safe to do so, or to at least slow down for stopped emergency vehicles or utility service equipment.

Utah has a similar law that requires drivers to slow down and move over if safe to do so for emergency vehicles, highway maintenance vehicles or towing vehicles displaying flashing lights. Utah Highway Patrol states that all 50 states have enacted “Move Over” laws but that as many as 71 percent of Americans are unaware of such laws.