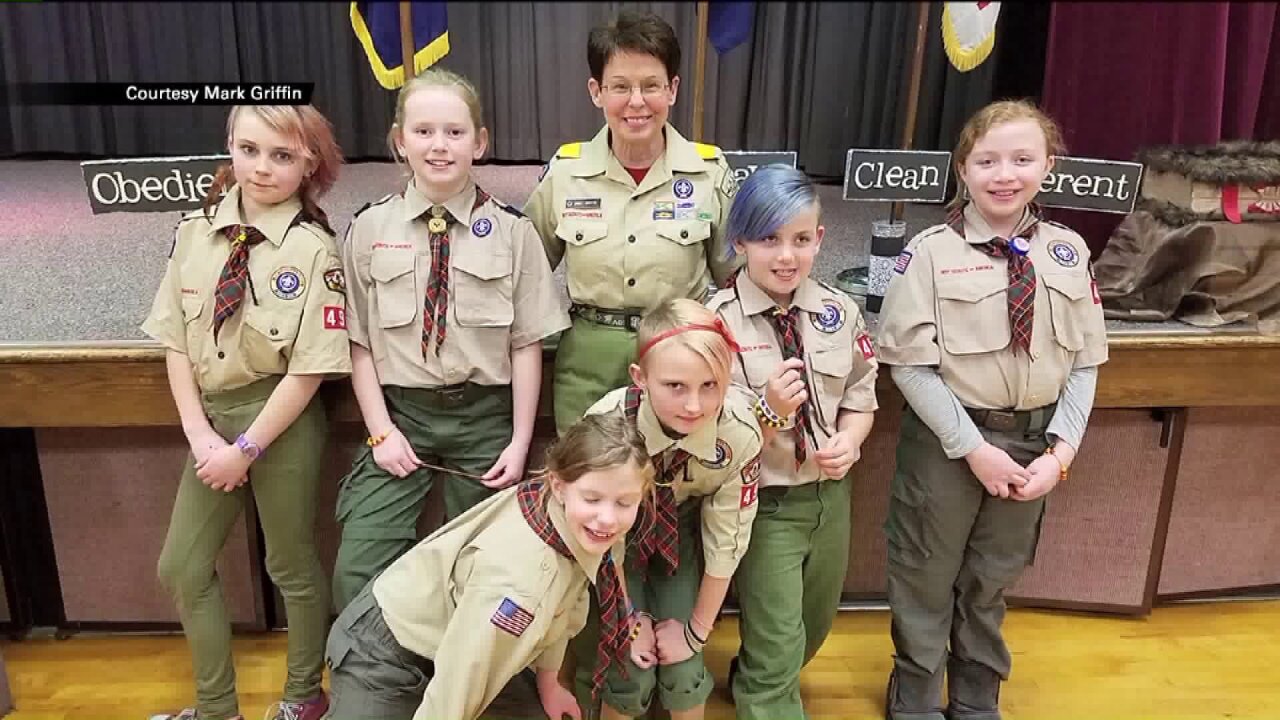 IRVING, Texas — Boy Scouts of America announced some major changes to its organization Wednesday, including a new name for its program for older youth.

"As we enter a new era for our organization, it is important that all youth can see themselves in Scouting in every way possible. That is why it is important that the name for our Scouting program for older youth remain consistent with the single name approach used for the Cub Scouts,” said Michael Surbaugh, Chief Scout Executive of the Boy Scouts of America, in a news release issued Wednesday. “Starting in February 2019, the name of the older youth program will be ‘Scouts BSA,’ and the name of our iconic organization will continue to be Boy Scouts of America.”

The organization also announced a new initiative called "Scout Me In," a campaign that will include both boys and girls in its Cub Scout program for the first time.

"Cub Scouts is a lot of fun, and now it’s available to all kids,” said Stephen Medlicott, National Marketing Group Director of Boy Scouts of America. “That’s why we love ‘Scout Me In’ – because it speaks to girls and boys and tells them, ‘This is for you. We want you to join!’," the news release said.

Mark Griffin, the Scout Executive for the Great Salt Lake Council, welcomes the change. Right now, there are more than 3,000 girls already participating in the cub scouts ahead of the full launch next year.

“We have one den of girls here in the greater Salt Lake Council at a Lutheran Church," he said. "They started up in February. They've been going strong and they're ready to add more kids.”

It’s exciting news for Steward Wood. The scout master from Hilltop United Methodist Troop 411 says he has about 12 young ladies who are eager to get started.

“We've been waiting for this for the past couple of years," he said. "I grew up as a scout and my sister didn't get to be a scout so this is a big change. I think we're ready to get the ball rolling and welcome the young ladies into the scout program with open arms.”

The decision isn’t sitting well with the Girl Scout Organization.

Sylvia Acevedo, CEO of Girl Scouts of the USA issued the following statement:

“Girl Scouts is the premier leadership development organization for girls. We are, and will remain, the first choice for girls and parents who want to provide their girls opportunities to build new skills, explore STEM and the outdoors, participate in community projects, and grow into happy, successful, civically engaged adults.

We’re also dedicated to building that critical STEM workforce pipeline that businesses and communities across the country are looking for. Girls are our country’s great untapped resource and are the key to our nation’s competitive advantage in the new digital economy we’re living in. They’ll be the drivers and the designers of our industries of the future, filling and creating jobs that don’t even exist yet. And at Girl Scouts, we’re preparing them for these opportunities.”

Griffin says there’s room for both organizations in the country.

“We`re not trying to take girls away from there, we`re trying to meet the needs of other girls that choose not to be Girl Scouts or it's more convenient because their brother is a scout," he said.