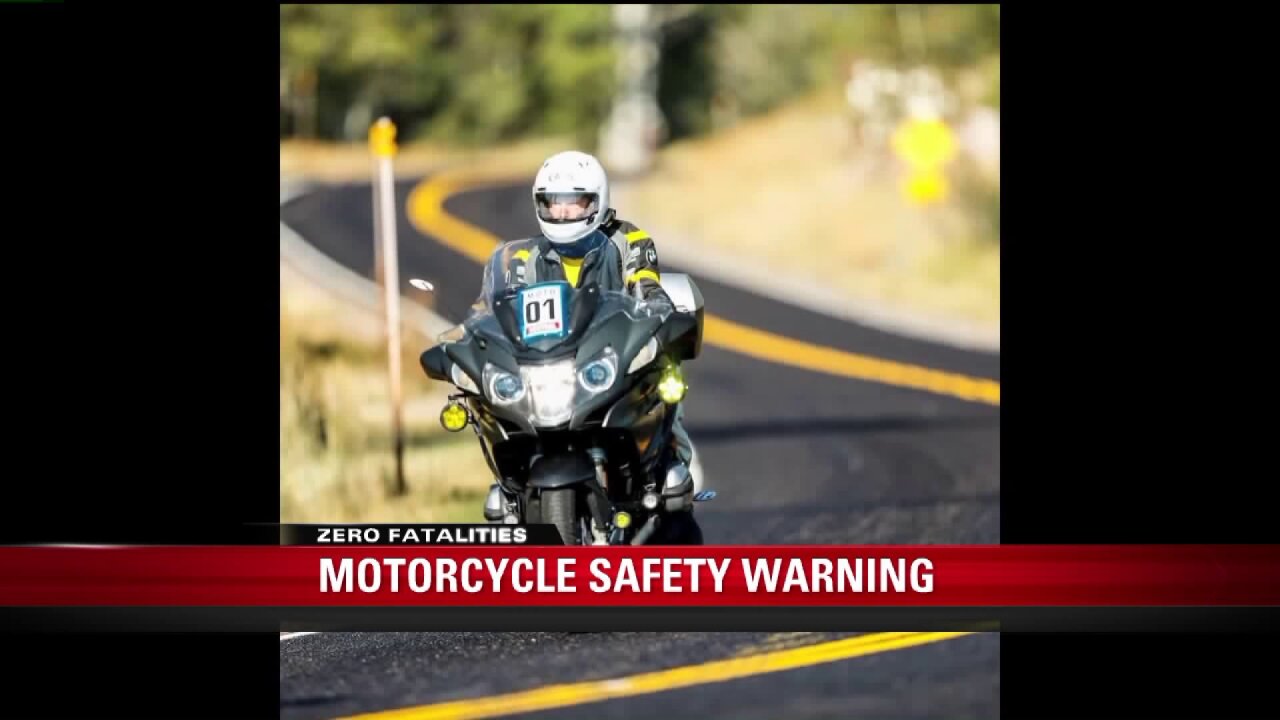 SALT LAKE CITY — Zero Fatalities is urging motorcyclists and other drivers to be safe on Utah roadways.

Last year, 39 motorcyclists died on Utah roads and comprised 14 percent of the Beehive State's total traffic fatalities, according to a statement from the organization.

"You know in the back of your mind, at some point in time, you are going to go down. And, if you do, you want to be as well protected as possible," said Peter Ballentine, a motorcycle crash survivor.

There have been 10 motorcyclist deaths in Utah so far this year, including four from the last two weeks, the statement said.