BOUNTIFUL, Utah — The owner of a pawn shop in Bountiful shot and killed a suspect during an attempted robbery Friday morning, and a second suspect who fled the scene remains at large.

Authorities say one of the suspects was armed with a handgun and instructed the owner of the store to get on the floor. As this was happening a second suspect carrying a large hammer began walking along the glass display cases in the store.

When the suspect holding the owner at gunpoint looked away to close the door behind him, the owner retreated into a storage room and drew a concealed firearm he was carrying on his person. Police say the  owner hid in a corner of that room, and the suspect followed.

"He's pursued by the suspect with a gun who enters that room, points a gun at him, and the [owner] opens fire," said Lt. Dave Edwards of Bountiful Police.

A physical altercation ensued after shots were fired and the suspect ultimately died of his injuries. The owner then called 911, and by that time the second suspect had fled.

Police have identified the deceased suspect but are not releasing his name pending notification of next of kin. They say he is a 40-year-old man from Colorado.

Edwards said the owner of the store was "obviously defending himself" and has not been arrested. They say he gave police a full statement and has been very cooperative.

The owner declined to speak to Fox 13 News on camera Friday night but when asked for a comment the man said: "Thank God for the Second Amendment."

Police said the suspect they are trying to locate fled the scene in a white 2005 Saturn Vue with a Colorado license plate, number BMT-182.

He was last seen wearing a blue face mask, a gray hoodie and jeans. The suspect is presumed to be armed and dangerous. The suspect and the vehicle are pictured in the gallery below. If you have any information or see the car or the suspect, call 911.

Police say the entire incident was captured on camera, and police will be reviewing that footage as the case continues.

Authorities say police in Oklahoma investigating two armed robberies heard about this case while searching the Internet for similar crimes, and they have confirmed that the two suspects in the Bountiful case are linked to the two robberies in Oklahoma.

This is a developing story. Watch FOX 13 News and fox13now.com for updates. 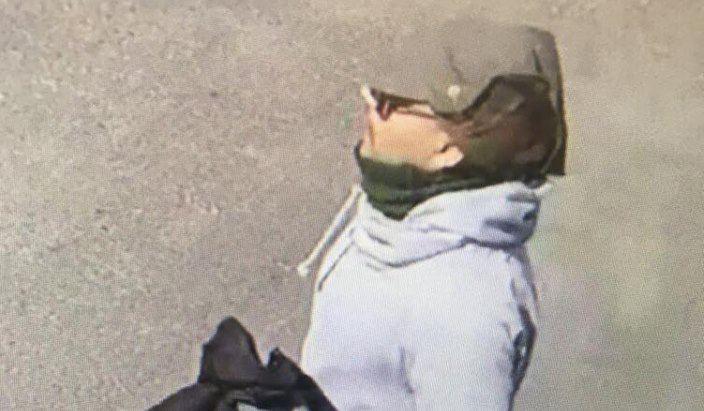