“I noticed smoke coming from under the eaves here on the south side of the house,” said Janet Moyes, who lives next door.

She says Mr. Green, a Fruit Heights city employee, stopped by to help. That’s when investigators say things got strange.

“He went to make an alert to the occupants of the home, let them know that their home was on fire and at that point, he met some resistance. He did not want 911 called. And they wanted to fight the fire themselves,” said Detective Ty Berger, Davis County Sheriffs Office.

Fire crews responded anyway and quickly put the fire out in two basement bedrooms. There were no injuries and the cause is still under investigation.

However, firefighters made a startling discovery.

“As they were fighting the fire found some items in the home that are suspicious in nature. Drug-related,” said Berger.

Investigators say it’s a strong possibility it could be a meth lab. They obtained a search warrant and spent the day inside the home trying to get a sense of the totality of the operation.

“The days of meth labs out of a residence have been gone for years and so to see something that suggests that there's drug activity inside this home is concerning to us,” said Berger.

It also weighs heavy on the minds of neighbors.

“It's just not like Fruit Heights. It's just strange that something like that would happen here,” said Steve Havertz. “You don't want to be prying neighbors, but at the same time you wanna be concerned and caring and understand what's going on.”

The man living in the home was taken into custody, but it wasn't related to this investigation. Detectives said he had a no-bail arrest warrant on an unrelated incident. 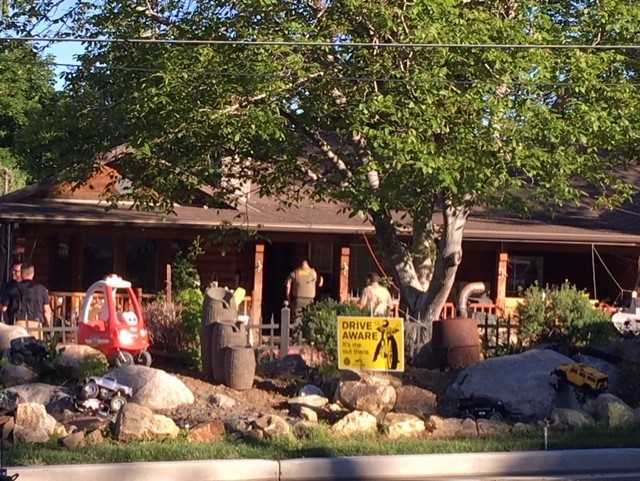