Those ‘This is a restaurant, not a bar’ signs are gone and hundreds of other Utah laws that take effect 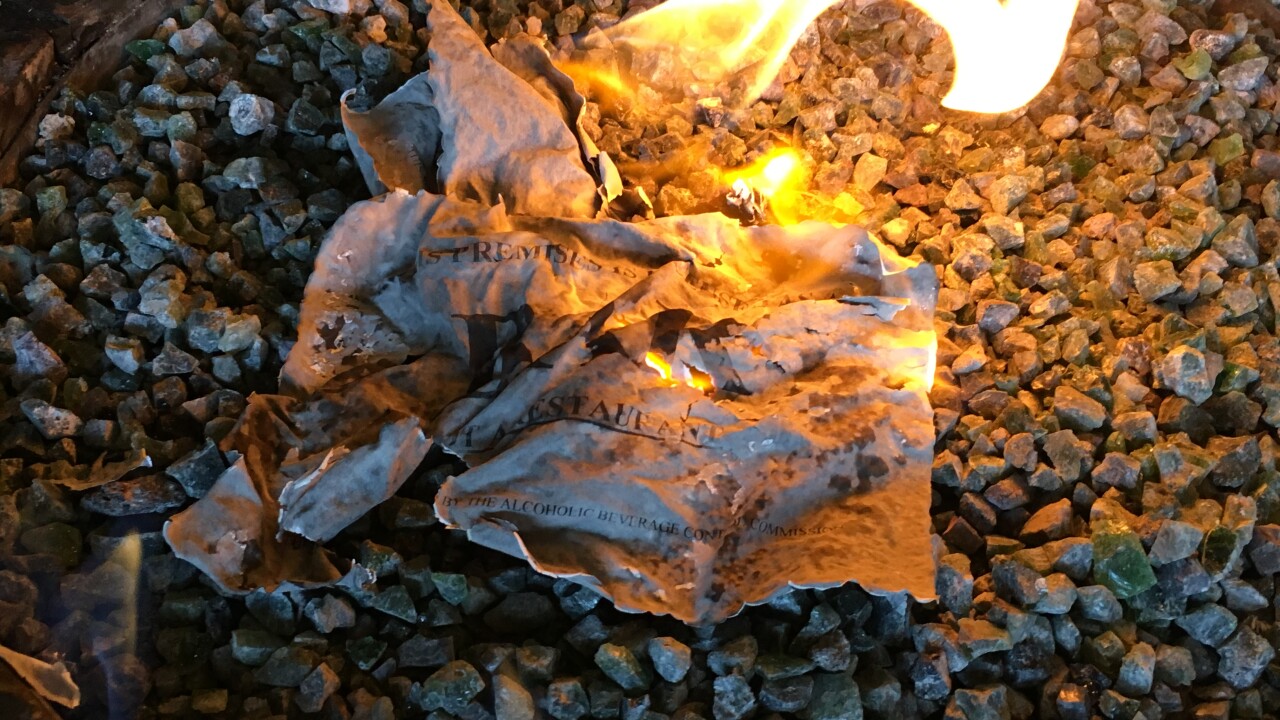 A sign declaring “This is a bar, not a restaurant” burns at Piper Down. (Photo by Ben Winslow, FOX 13 News)

MILLCREEK, Utah -- Aaron Stanley grabbed a razor blade and started scraping away the vinyl lettering sign on the front door that proclaimed "This is a restaurant, not a bar."

Just a few months earlier, the manager of The Wing Coop restaurant spent some good money to have a professional sign installed to comply with Utah's liquor laws. Then, the Utah State Legislature changed its mind and ordered the signs removed.

Tuesday was the day he was legally able to remove the sign when it and hundreds of new laws passed by the 2018 legislature took effect.

Aaron Stanley, the manager of The Wing Coop in Millcreek, scrapes off his "This is a Restaurant, Not a Bar" sign. (Photo by Ben Winslow, FOX 13 News)

But they were described by customers and business owners alike as confusing and not very hospitable. Even lawmakers acknowledged they didn't really resonate with the public, so they allowed them to be removed in laws passed earlier this year.

For bars, they must now display a sign that proclaims: "This is a bar. 21+ only."

"It was so ridiculous last year when we had to put up a sign of what we’re not instead of a sign of what we are," said Dave Morris, the owner of Piper Down, a bar in Salt Lake City. "Now the law seems to reflect a little more sense."

Morris was so happy to get rid of his sign, he set fire to it and laughed as it turned to ashes.

Under Utah liquor law changes, today those “This is a restaurant, NOT a bar” signs come down. Bars just have to replace theirs with a sign saying “This is a bar, 21+ only.” So Piper Down owner Dave Morris burned his! @fox13 #utpol pic.twitter.com/XDfshiHfiW

The signs are the most visible of the hundreds of new laws that take effect in Utah. Others include:

Sen. Lincoln Fillmore, R-South Jordan, the sponsor of the "free range parenting" bill, has gotten a lot of attention for it. He said other states are now considering similar legislation and he's glad for it.

"I think parents are realizing we need the pendulum to swing in the other direction so that our kids can be free to have the independence that they need to make decisions on their own," he said.

You can read the full list of bills passed by the legislature and when they take effect here.