SALT LAKE CITY -- A jury found three men not guilty of charges accusing them of gang-raping a 9-year-old girl.

Randall Flatlip, Jerry Flatlip and Larson RonDeau were charged with first-degree felony child rape and sodomy on a child. They were accused of attacking the girl on Easter Sunday in 2016 while her mother smoked methamphetamine in the garage of a Vernal home.

The five man, three woman jury delivered unanimous not guilty verdicts on Wednesday morning after deliberating about three hours the day before. Jerry Flatlip burst out in tears as the verdict was read by Judge Randall Skanchy. RonDeau's attorney patted him on the back as the words "not guilty" were uttered.

"We have a young girl who gave what I consider compelling testimony, a compelling statement. If the jury did not find it compelling, that’s again, something the jury has to weigh," he said.

Larson RonDeau smiles after a jury found him not guilty. (Courtroom pool image)

Prosecutors admitted to the jury the case had little DNA or physical evidence, but urged them to consider the testimony of the girl. Now 11, she told described the alleged attack to the jury in testimony over a video hookup. She claimed four men grabbed her and dragged her into a room where they took turns raping her. She said she didn't report it immediately because the men threatened to harm her and her family.

Jerry Flatlip cries as he looks at the jury following the not guilty verdicts handed down in his trial. He is seated next to Randall Flatlip and defense attorney Loni DeLand. (Courtroom pool image)

Defense attorneys had said they believed the girl's mother prompted her to make the accusations, and reminded the jury of the lack of physical evidence tying the men to the girl.

"Not a shred of physical evidence," Randall Flatlip's lawyer, Loni DeLand, told reporters outside of court. "No DNA, no anything, serology, you name it. It just wasn’t there."

The men will not be immediately released from jail following their acquittal. They still face other charges in Vernal's 8th District Court.

The case has taken a long time to get to trial. It was moved from Vernal where lawyers were concerned the men could not get a fair trial as the case and its horrific allegations had inflamed the community. When it landed in Silver Summit, not enough people in the Park City area showed up for jury duty and a mistrial was declared. It was finally moved to Salt Lake City's 3rd District Court. 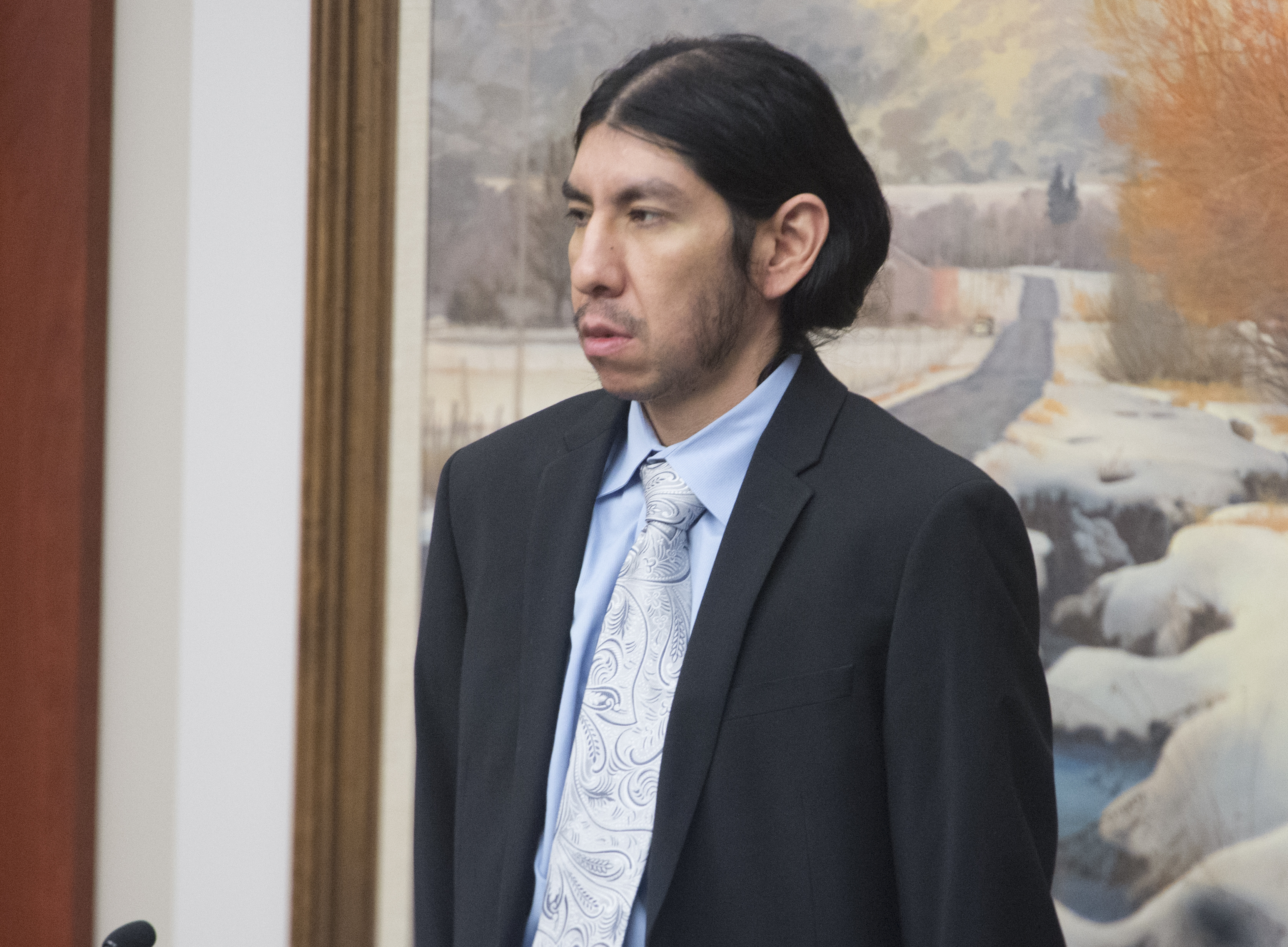