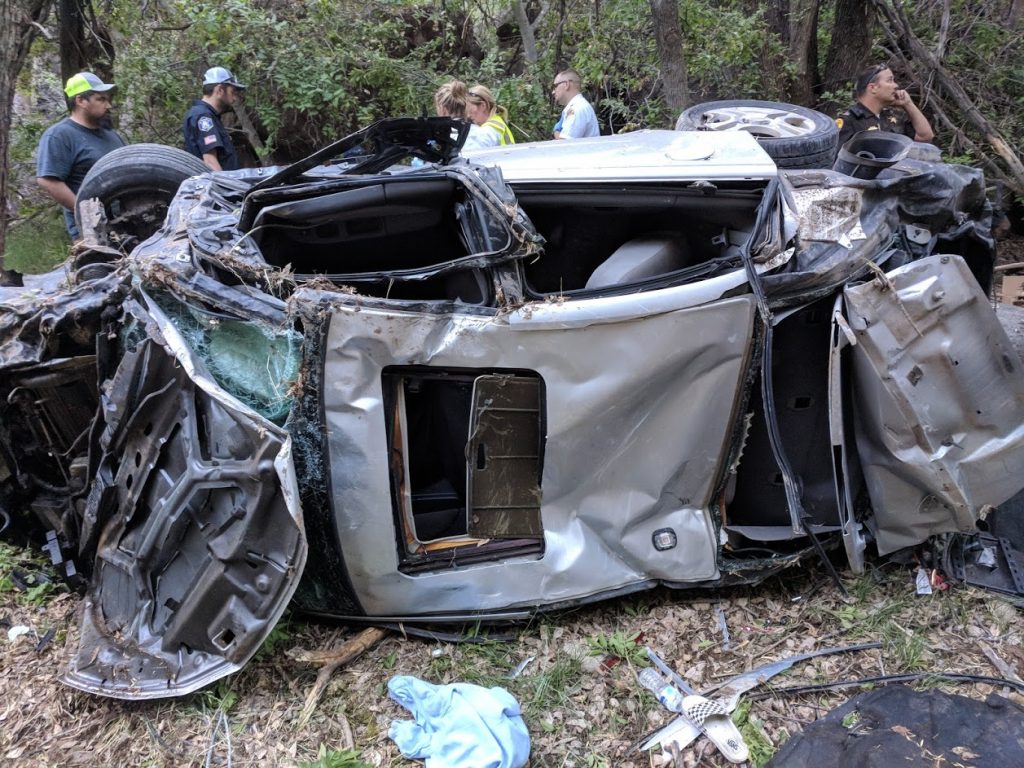 ST. GEORGE, Utah — A Veyo man was killed Thursday evening when the car he was driving went off a cliff and rolled down a steep ravine.

The St. George News reports the man was northbound on state Route 18 through Veyo around 7 p.m.

The Saturn Sedan was about to cross the Veyo Arch Bridge when it went off the road, past cement barricades and off the cliff which is about 80 feet high.

When police arrived, the man was still alive.

“He was talking and screaming when we got down there,” Utah Highway Patrol Trooper Mike Murphy said.

A Life Flight helicopter was called to the scene, but after a rescue team carried the man in a stretcher to the top of the ravine, he was pronounced dead despite emergency responders taking turns performing CPR for about 20 minutes.

A woman was in the car, but told police she got out of the car before the man drove it off the cliff.

He’s been identified as a man from Veyo, between 18 and 22 years old.

Investigators are trying to determine if the crash was intentional, or if there was another cause.