Can law over sex abuse be applied retroactively? Utah Supreme Court to decide 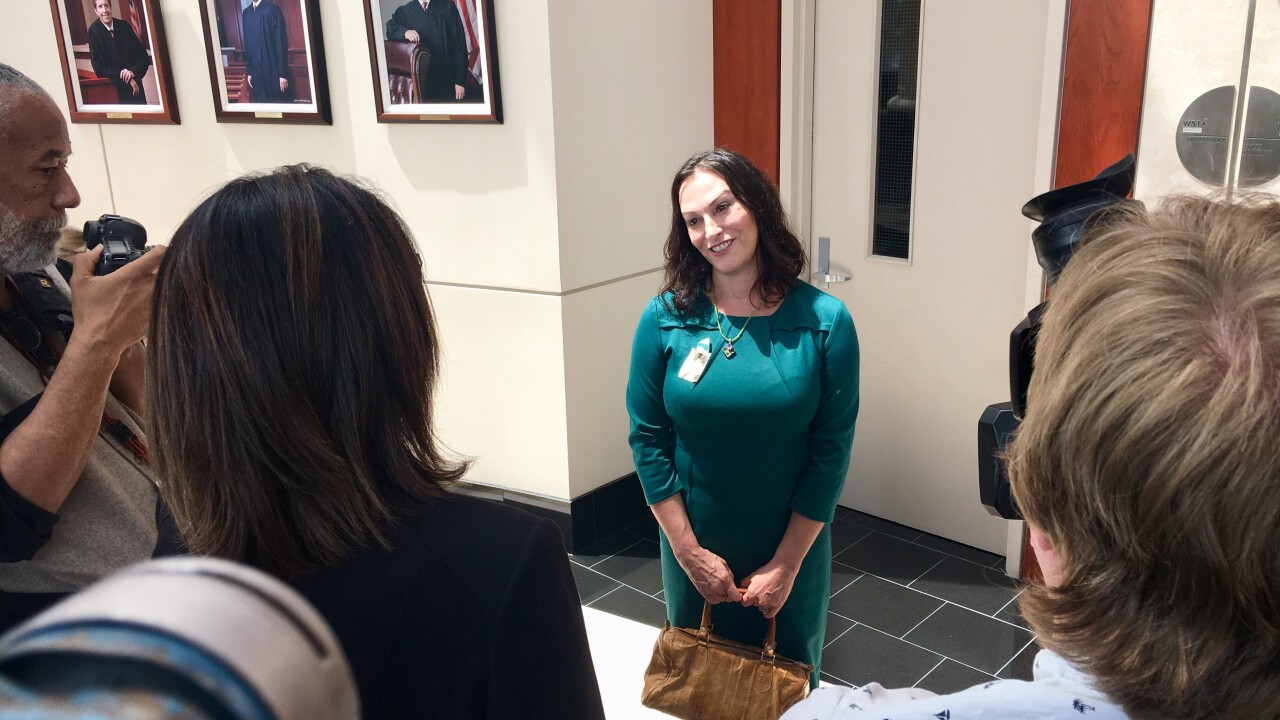 Terry Mitchell speaks to reporters outside the Utah Supreme Court chambers on May 14, 2018. (Photo by Ben Winslow, FOX 13 News)

SALT LAKE CITY -- The Utah Supreme Court is considering whether a new law that eliminates the statute of limitations for sex abuse lawsuits can be applied retroactively.

The decision could make or break Terry Mitchell's high profile and politically charged lawsuit against retired D.C. federal court Judge Richard Roberts. She accuses him of sexually abusing her when she was a 16-year-old witness against serial killer Joseph Paul Franklin and Roberts was a prosecutor for that trial.

Judge Roberts abruptly retired the same day Mitchell filed her lawsuit against him.

Terry Mitchell speaks to reporters outside the Utah Supreme Court chambers on May 14, 2018. (Photo by Ben Winslow, FOX 13 News)

"Even if all I get is to be able to speak the truth about what happened to me so everyone knows, so let it be. I agree. We have to know, we have to take this shame and silence and push it aside. I want all victims to know you are not alone," she told reporters outside of court.

Inside the Supreme Court chambers, the justices grappled with whether the new law can be applied retroactively to Mitchell's lawsuit. Justice Deno Himonas acknowledged conflicting rulings and case law about the issue.

"There is a view that we have competing lines of authority and we need to clear up the mess we’ve created," the justice said.

The justices quizzed lawyers for both sides on due process and legislative intent.

"If they intended for it to be retroactive, and they say that, then we honor that," said Justice Paige Petersen. "But if you get to a situation where the statute expired, they also need to expressly state they need it to apply retroactively to those claims?"

Mitchell's attorney, Rocky Anderson, argued to the Court that the legislature absolutely intended for the law to be applied retroactively. Roberts' attorney, Troy Booher, disagreed.

"A vested right, once a claim expires, is beyond legislative power to alter," he told the Court, arguing it could open up claims in a number of other legal arenas including medical malpractice.

Anderson countered that the law passed by the legislature was narrowly tailored to sex abuse claims. The law's author, Rep. Ken Ivory, R-West Jordan, was in court to show support for Mitchell. He told FOX 13 he always intended a retroactive law.

"The science tells us it takes decades for children that have been abused sexually to bring forward those claims. Recognizing that as the voice of the people, we know better," Rep. Ivory said.

Terry Mitchell hugs a supporter outside the Utah Supreme Court on May 14, 2018. (Photo by Ben Winslow, FOX 13 News)

Mitchell had dozens of supporters in court with her as she listened to the arguments. Outside, she hugged them and thanked them for their support.

"To hear about his rights?" she chuckled. "I had none. And I hope the courts see I’m a human being. I didn’t deserve to have this life sentence that Judge Roberts put on my life as a child victim. A victim of attempted murder, and rape and child sex abuse."