Woman refuses to come down from tree she climbed in park

LOS ANGELES – A woman who climbed up a tree in Canoga Park and refused to come down for nearly 12 hours was finally coaxed down by firefighters Tuesday, officials said.

The woman climbed the 30-foot tree at the Lanark Recreation Center about 7:30 p.m. Monday.

Officials exchanged words with the woman Tuesday morning in an attempt to get her down.

At one point they brought her food, which she refused.

She eventually accepted coffee, food and a blanket.

A large airbag was set up under the tree in case the woman fell or jumped.

Los Angeles Fire Department Capt. Erik Scott said the woman, who he described as being in her 30s and homeless, likely frequents the park and goes up the tree.

He said officials found paraphernalia up there.

Two firefighters with ladders managed to build a rapport with the woman and finally convinced her to come down shortly before 7 a.m. Tuesday.

“She wasn’t real concerned about me helping her down. She wanted to come down on her own and that’s what we did,” LAFD Capt. Gary Rodriguez said.

When asked by KTLA why she went up the tree, the woman said “because I like it.”

Scott said the woman was uncooperative and did not seem to be “mentally altered.”

However, when she finally came down, she became “more unstable” as people approached her.

The woman was not injured and was sent for a mental evaluation.

“Now we just want her to get the definitive care that she needs,” Scott told KTLA. 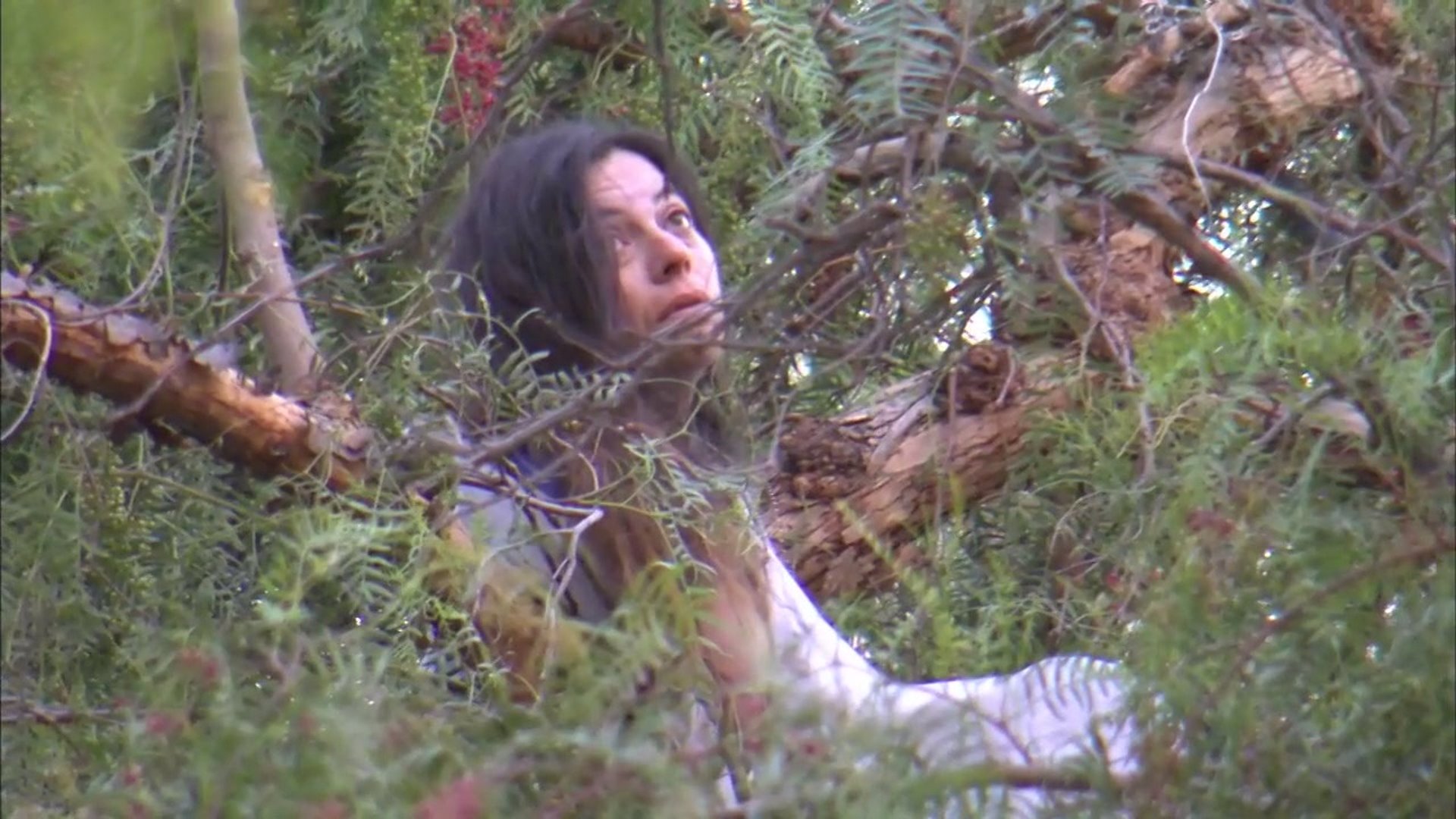